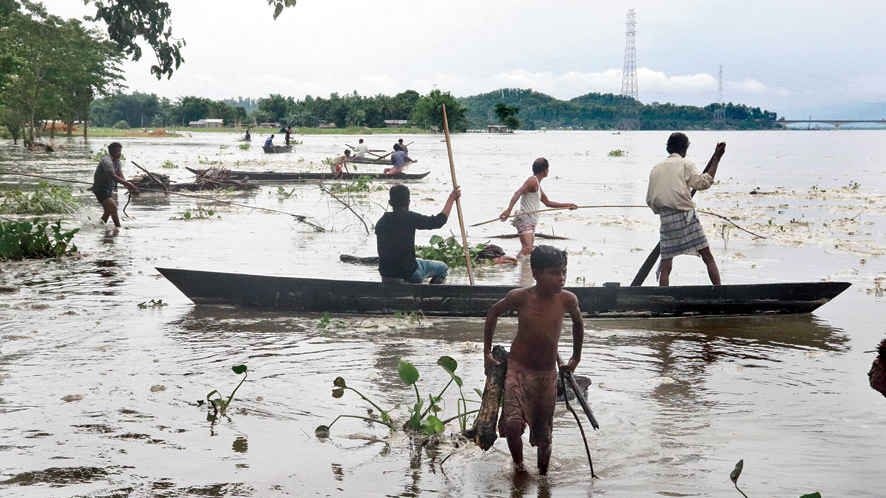 The devil often lies in the details. A recent report by Unicef on floods in India bears testimony to this adage. Unicef has found that out of six million people adversely affected by the torrential rains and waterlogging that have been plaguing a number of states — including West Bengal and Assam — an estimated 2.4 million are children. Even though floods are a recurring phenomenon, the Unicef statement acknowledged that their scale for the month of July has been unusual. This finding is not surprising; climate change may be making it difficult to predict the severity of rainfall, but the role played by human encroachment upon natural resources in aggravating the problem cannot be ignored. Worryingly, it now appears that the effect of floods or, for that matter, any natural disaster on vulnerable constituencies — children are an example — is being overlooked in policy.

There are grave fallouts of such an oversight. The protection of the rights of children even at the best of times is confronted by the roadblock of State apathy. The picture becomes even bleaker for children displaced by natural calamities such as floods. Not only are they at greater risk of disease, poverty, food shortage, displacement from families and even sexual violence but they also face significant obstacles in terms of access to education and health. The result of these cumulative challenges is, often, debilitating psychological distress. Rehabilitation plans for young flood victims seldom take into account their mental trauma or their deprivation of basic entitlements. The focus remains on containment. But even here, India’s flood management policy has developed warts. More than four decades have passed since the country’s first and only commission on floods was set up, but a flood control authority at the national level remains elusive. Moreover, the dominant discourse is centred around defensive strategies that are designed to anticipate and minimize flooding through structural interventions such as dams, embankments and river dredging. This strategy must be widened to not only include investments in the health and livelihoods of communities that live in flood-prone regions, but also plans of addressing the psychological and educational needs of children who find themselves periodically uprooted and herded into places of temporary ‘refuge’.