Electoral integrity must be upheld in Jammu and Kashmir 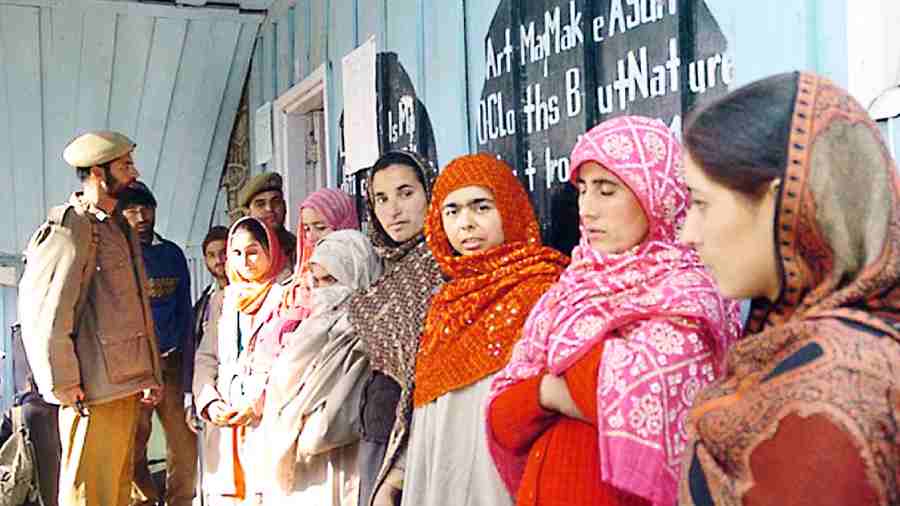 As the conversation around elections in Jammu and Kashmir, which is under New Delhi’s direct rule for over four years, picks up momentum, a palpable anxiety has surfaced on a host of issues.

On August 17, J&K’s chief electoral officer observed that the projected 18-plus population of J&K was around 9.8 million, up from 7.6 million in 2019, when the last revision was done. The officials informed that the domicile rights, which are normally given after 15 years of proven residence in J&K, and voting rights are not connected. Political actors claim an increase of 2.2 million, as mentioned by the electoral officer, in a matter of just three years defies explanation.

The corresponding rise in the figure from 2011 to 2019 was approximately one million, from 6.6 million to 7.6 million. Only Permanent Resident Certificate holders could vote in the assembly elections. After the abrogation of the special provisions bestowed by Article 370, the Representation of the People Act 1950 and 1951 is applicable in J&K. This allows ordinarily residing persons to get registered in the electoral rolls of J&K, “provided he or she gets their name deleted from the electoral roll of his or her native constituency”. Many of the non-PRC residents, such as the 1947 refugees from neighbouring areas of Pakistani Punjab, could now vote in the assembly elections. The contribution of this group to the electoral rolls is reportedly around 0.15 million. There are other groups but their numbers are even lesser. Later on, the officials tried to allay apprehensions and pointed out that the increase reflects the new entrants to the age of voting who were already domiciled at birth.

Owing to fear, only a few, who didn’t possess the PRC earlier, will apply for voting rights in the 47 assembly segments of the Kashmir Valley. In the last two years, as the narrative of accusations of demographic change become widespread, economic migrants, including Muslims from Uttar Pradesh, Bihar and West Bengal, are being routinely assassinated by militants. The situation is different in largely peaceful Jammu, which has at least 31 Hindu-majority segments along with some Muslim majority and mixed demography segments.

Irrespective of the facts on the matter, as the authorities continue to issue clarifications, the sharp reactions cannot be divorced from the historical experience that is part of the collective subconscious memory in the Valley. The integrity of the pre-1990s electoral processes in J&K is cast in an ugly past. In the years marking the alienation of Sheikh Abdullah, the undisputed leader of Kashmir in the 20th century, from mainstream politics, elections were rigged in favour of proxies. The infamous tenures of G.M. Bakshi, G.M. Sadiq and Syed Mir Qasim from 1953 to 1975 were a consequence of this legacy. Again, the rigging of the 1987 elections in some assembly segments is universally seen as a trigger for militancy, which has far from ended even after three decades.

The fairest assembly elections were held during the Janata Partyled government in 1977. This was widely appreciated in the Valley. The former prime minister, A.B. Vajpayee, and his deputy, L.K. Advani, were ministers in that short-lived government. Anyone who reported on the 2002 J&K assembly polls, including this author, knows that the prime minister was insistent on holding free and fair polls. He and his team ensured that there was no gap between reality and perception. He even indirectly regretted the fact that there were instances of rigging in the past. Vajpayee allowed foreign observers to witness the process to demonstrate his commitment to holding transparent elections before the international community. A precedent was set and there were no questions asked about the integrity of the 2008 and 2014 polls during the tenures of Prime Minister Manmohan Singh and Prime Minister Narendra Modi, respectively.

In the last two decades, identity politics, predicated on region, ethnicity and language, has entered the heart of political contestation in a diverse J&K. At the same time, any attempt to exploit religious identity merely consolidates Muslim majority across J&K and trumps other identities. The outcome of any such attempt will be the reverse of India’s Hindi heartland. With a dominant success rate in Hindu-majority seats, assuming Congress fails to resurrect itself, the Bharatiya Janata Party can win 27 seats. The J&K-based parties can win at least 60 seats out of 90 seats.

Because of various reasons, including structural factors and those rooted in post-colonial contestations, J&K is prone to trouble and the situation impacts pan-Indian security and some aspects of India’s foreign policy. A key lesson of the last 75 years is that New Delhi should ensure the integrity of the electoral process, both in perception and in reality. Since the post-1990 era, it has often been argued that an empowered regional political party or parties governing J&K provides a buffer between New Delhi and the Kashmir Valley, thereby keeping the discontent over the issues of governance within J&K. However, unless suitable steps are taken at bridge-building by the political elite, the intra-J&K dynamics can further exacerbate after the polls, a vector that is a perennial source of instability.

Another issue that could create a potential misunderstanding is the proposal of the Delimitation Commission to recommend the nomination of at least two seats (including one for a woman) in the assembly from among Kashmiri migrants and displaced persons from  Pakistan-controlled Kashmir. The proposal indirectly mirrors the provision of 12 ‘refugee constituencies’ in the legislative assembly of Pakistan-controlled Kashmir. There are 45 elected seats, which include 12 ‘refugee constituencies’. They are reserved for the people who migrated from the Indian side of J&K in 1947 and settled down in various parts of Pakistan.  Critics often cite the 12 seats as an instrument in the hands of the ruling party in Islamabad to skew the overall result of the assembly. The supremacy of the principle of elected representation over nomination should be upheld.

At times, a repository of institutional knowledge and expertise is accrued at a great cost, both in terms of human lives and resources. It is to be factored in the ongoing discussions on elections in J&K where multi-dimensional challenges have far from diminished after three years of the abrogation of Article 370.

Luv Puri is the author of two books on Jammu and Kashmir, including Across the LoC