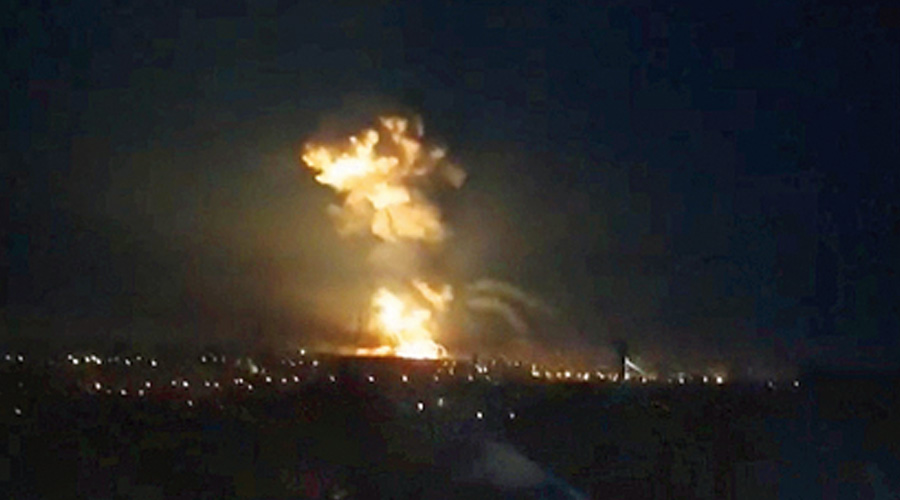 The Russian invasion of Ukraine got me thinking about past misadventures by large, militarily powerful countries with an exaggerated sense of their importance. If I were to restrict myself to my own lifetime, then this is the fourth such, following on the American misadventures in Vietnam and Iraq and the Soviet misadventure in Afghanistan. The previous three interventions all ended badly, causing enormous suffering in the country that was subject to invasion, a loss of prestige for the invader, and negative ripple effects across the world.

In 1965, when President Lyndon Johnson escalated the American involvement in Vietnam, I was a little boy growing up in North India. I have few memories of the course that war took, but have a vivid recollection of how it ended. In April 1975, I was a college student in Delhi, listening with some friends to the BBC’s description of the flight of the last American soldiers from Saigon. We saw this humiliation as their just deserts, in part because of pan-Asian solidarity and also because we had quite recently witnessed America’s blatant partisanship during the Bangladesh crisis, when it had supported the brutal, almost genocidal, military regime in Pakistan.

In December 1979, the Soviets invaded Afghanistan. In power in New Delhi was a caretaker government led by Charan Singh who, in the best traditions of Indian anti-colonialism, criticized the Soviets for their attack on the sovereignty of a country with which we had old and close ties. However, in January 1980, Mrs Indira Gandhi returned to power as prime minister and she endorsed the Soviet action. She was given cover by credulous, pro-Soviet journalists in New Delhi who, after being taken on a guided tour of Kabul by the occupiers, came back to write glowing reports of how feudalism and oppression had given way to socialism and liberation.

In 1986, I went to the United States of America for the first time, getting my visa from their Calcutta consulate situated on what was once Harrington Street, renamed in 1967 as Ho Chi Minh Sarani by a left-leaning state government responding to slogans on the street saying, ‘Amar Naam, Tomar Naam, Vietnam’. At the American university where I was teaching, I attended a meeting addressed by Afghan freedom-fighters in exile. Associated with the legendary Tajik fighter, Ahmed Shah Massoud, they were an impressive bunch, proudly patriotic as well as deeply secular. At this meeting, one of the Afghans said to me, the lone Indian in the audience: “Indira Gandhi let us down. How could she have supported the Soviet invasion of our country? How could the Government of India have done this?” I had no answer to give.

The Afghan freedom-fighter was tall, well-built, and beturbaned. I can see his face as I write, and hear his words too. He was right —India under Indira erred tragically in supporting the Soviets. Our government should instead have worked for an early end to the occupation. In the end, emboldened by India and other allies, the Soviets stayed in Afghanistan for a full decade, catalyzing an opposition that increasingly took on a religious and even fundamentalist cast, provoking a civil war that left the country in ruins, preparing the way for the ascent of the Taliban, and causing the invaders themselves to exit in as humiliating a fashion as the Americans had left Vietnam.

In 2001, it was the Americans who bombed and then sent soldiers into Afghanistan. This act had slightly more validity than the Soviet precedent — for the terror attacks of September 11 had been organized by a group, al Qaida, supported by and hosted by the Taliban regime in power in Afghanistan.

In the last months of 2002, The New York Times journalist, Thomas Friedman, came to Bangalore. I met him at the home of a mutual acquaintance, where he put forward all sorts of spurious arguments seeking to justify why, after having invaded Afghanistan, the Americans should next invade Iraq. I sought as best as I could to rebut them. Iraq had no role in the 9/11 attacks, I told him. I added that Iraq was far away from America and its regime posed absolutely no threat to it. I reminded him of what had happened to the Americans in Vietnam. But neither logic nor the evidence of history would shake him. He went on to become a prominent cheerleader for the war.

To justify their illegal and immoral invasion, the Americans concocted the fiction that Iraq had nuclear weapons. In truth, it was an act of superpower hubris with whose awful consequences we are living with yet. Men like Thomas Friedman, or David Remnick of The New Yorker, or the then British prime minister, Tony Blair, were all enablers of the untold suffering caused by the invasion of Iraq and the spate of civil wars in the Middle East that have followed. So too were historians such as John Lewis Gaddis and Niall Ferguson, who assured George W. Bush that it would all turn out well for him, his nation, and the world.

The Americans exited Vietnam in 1975. They invaded Iraq in 2003, twenty-eight years later. The Soviet army exited Afghanistan in 1989. The Russian army has invaded Ukraine in 2022, thirty-three years later. In each case, enough time had passed for amnesia to set in, for people (and leaders) to forget how badly the previous misadventure had ended, for a new generation to come of age which could be brainwashed into thinking that it was in their country’s national interest to go to war with another.

To be sure, there are differences. Vietnam and Iraq are both geographically distant from the US. On the other hand, Afghanistan bordered the Soviet Union, and Ukraine borders the Russian Federation. The invasion of Iraq was prompted by the arrogant conceit that America was the world’s sole superpower, destined to impose its writ everywhere and forever. The invasion of Ukraine is prompted by the paranoid fear that the world does not hold Russia in high esteem any more, and that it thus needs to take decisive action to count once again as a great power.

However, the similarities outweigh the differences. What unites all these four misadventures is that all were unprovoked attacks on another sovereign nation. America had no business to be in Vietnam, or to be in Iraq either. Likewise with the Soviets in Afghanistan in 1979 or with the Russians in Ukraine now. All these actions were driven by ideologies of national supremacy, the belief that because one’s country is larger, richer, or more militarily powerful, it has some sort of divine right to violate the territory and people of a nation that is smaller and with a less well-equipped army.

It is too early to say how the present conflict will play out. A quick withdrawal by Russian forces from Ukraine is what all reasonable people must hope for. At the moment, that seems unlikely. Worryingly, in justification of his actions, Putin has spoken of the American misadventure in Iraq and hinted at imposing the sort of regime change that George W. Bush and his hubristic henchmen brought about in that country.

Western commentators may be unwilling or unable to accept this, but American military interventions abroad have provided a handy precedent for Russia’s military interventions in its own neighbourhood. A recent op-ed in the Financial Times on the invasion of Ukraine ponderously proclaimed: “Armed with a belief in his historical destiny, Putin is acting more strongly and boldly.” (https://www.ft.com/content/09c93ff8-13e6-43f6-901a-787483d46866?shareType=nongift) In truth, much the same could have been said about George W. Bush and his invasion of Iraq in 2003.

I wonder whether Vladimir Putin listens to any Russian historians. Perhaps someone should remind him anyway of how the Soviet Empire lost its power and influence in some considerable part because of the demoralization that set in after the military’s defeat in Afghanistan. Or of how the American invasion of Iraq only served to grievously weaken that country’s position in the world. Like those other actions, this one too is morally wrong as well as strategically unwise. In his initial flush of military victory, Putin may think that the costs will be incurred only by the country being invaded, but the longer the conflict prevails, the greater the mounting costs for Russia and Russians as well.

Vietnam, Afghanistan, Iraq, now Ukraine. Since these four acts of aggression have been so widely separated in time, they tend to be seen in a discrete fashion. But perhaps future historians may trace a line linking them all. The world as a whole, and those four countries in particular, have paid a terrible price for the ‘Great Power’ delusions of America and Russia.