Cyclone Fani: Cheated by the serpent 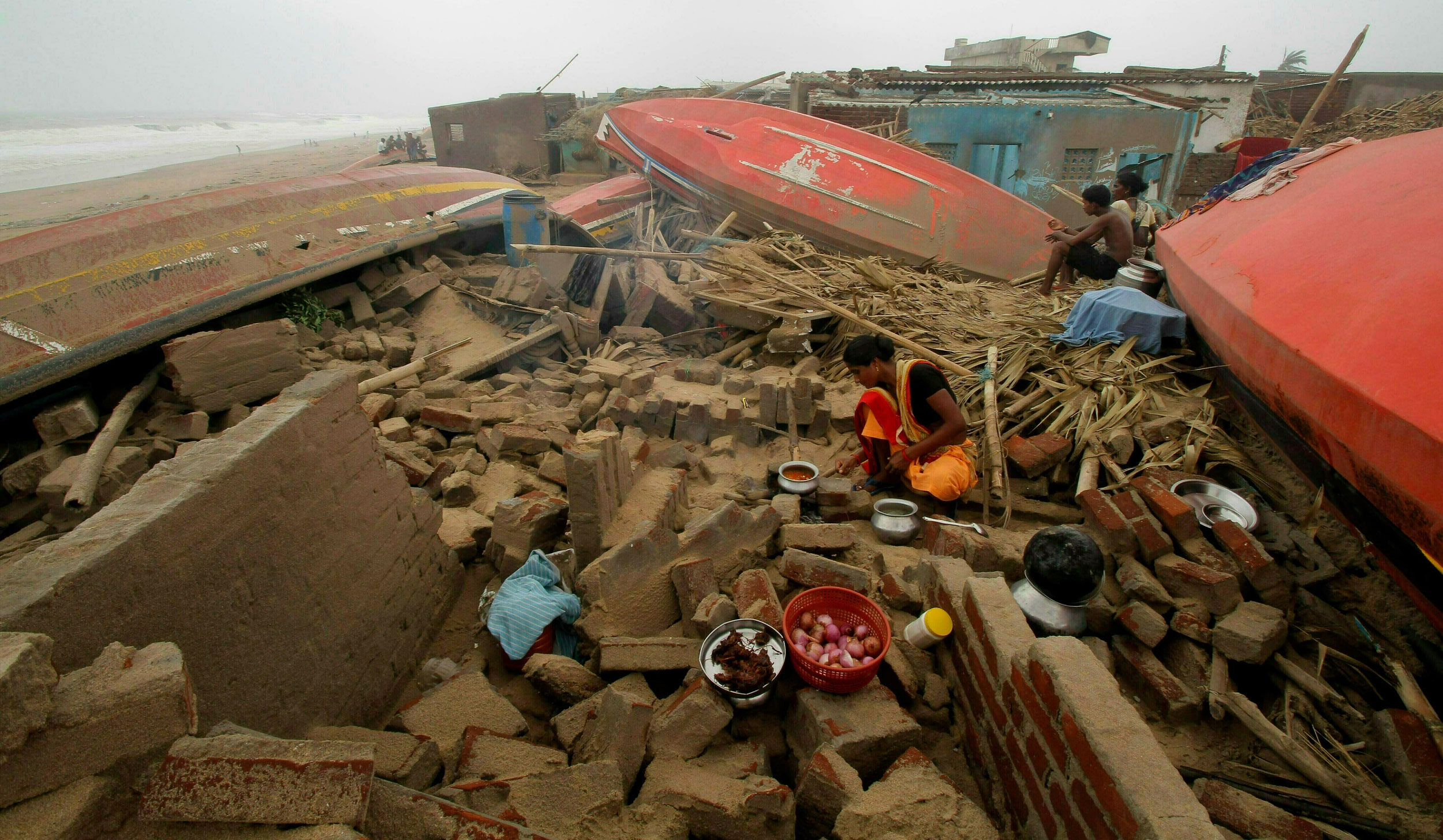 The anticipation of disaster is often even more fraught with fear, panic and uncertainty than the moment when it strikes. Those who have been spared the calamity may be thanking their lucky stars, but disappointment may overtake the sense of relief as one can feel let down after getting oneself mentally ready for the worst. And we were warned that it would be the worst in the past 20 years. When the whole world got to know about Cyclone Fani, which pummelled Puri, Bhubaneswar and certain other districts of Odisha, we in Calcutta kept our eyes glued to the screens, be it the television or mobile phone.

I remember when the killer cyclone struck Odisha in 1999, we had to depend almost entirely on TV or radio news because mobile phones were priced out of the pockets of most. After news started trickling in about the heavy toll that the cyclone had taken, we sat back in helpless horror as the scenes of disaster were revisited or videos replayed.

Long before Cyclone Fani made landfall in the pilgrimage town of Puri early in the morning on May 3, the media were chock-a-block with information about this severe storm. Explanations were put out on the meaning of the word “fani”, which anyone who knows Bengali well enough would be aware is one of the innumerable Bengali synonyms of ‘serpent’. A Sanskrit word, it means hooded, “fana” meaning hood, which was mistakenly interpreted as the meaning of “fani” while explaining this destructive natural phenomenon.

In Calcutta, the sky was overcast before May 3, but beyond the silence, which we had mistaken for the lull before the pandemonium, there was no other indication of a particularly destructive natural force lurking somewhere to pounce upon us. Many of us living in old buildings felt blessed because all our windows were doubly protected with wooden louvred shutters painted that particular shade of green, along with a second layer of glass pane shutters. The videos that were being exchanged via WhatsApp by friends from all over the world made it clear that glass panes of buildings were not good enough. When the fury and frenzy of Cyclone Fani were at their height, the glass windows were exploding like the corks of soda water bottles, accompanied by screams of terror, helplessness and agony. Humans mostly remained untouched, but the sight was stressful enough even when you were far, far removed from the scene of destruction.

I realized that the racket the killer winds made was very similar to the simulation of storms heard on radio plays. Cars and huge buses were being overturned like playthings in the pouring rain as the winds howled like a thousand evil spirits unleashed. The plastic roof of a building blew away like a sheet of paper. A tall crane crashed on the terrace of a building opposite it. Such were the horrifying scenes that we witnessed on our screens as we sat in the safety of our shuttered homes. A hushed silence had descended on the road outside, which is usually awake from dawn till way into the night. Not a soul stirred outside. The boys of the pavement eatery had disappeared. Their workstation is right under a tall tree whose roots, I suspect, do not reach very far down into the ground.

The news bulletins warned that the “Serpent” had crossed the West Bengal border and was about to embrace Calcutta lovingly. It was still cloudy, but save the occasional bouts of rain there was no cataclysm in sight. But just you wait!

Any moment the temperature will drop and the mad wind will pounce on the city like a pack of wolves. I bolted the doors. Just in case. It was quite close inside, and sweat started trickling, the whirring fan notwithstanding. Day became evening. Still not even a gust of wind or a flutter. Just before going to sleep, I opened the bedroom windows. The storm had cheated us. The Serpent had been defanged.