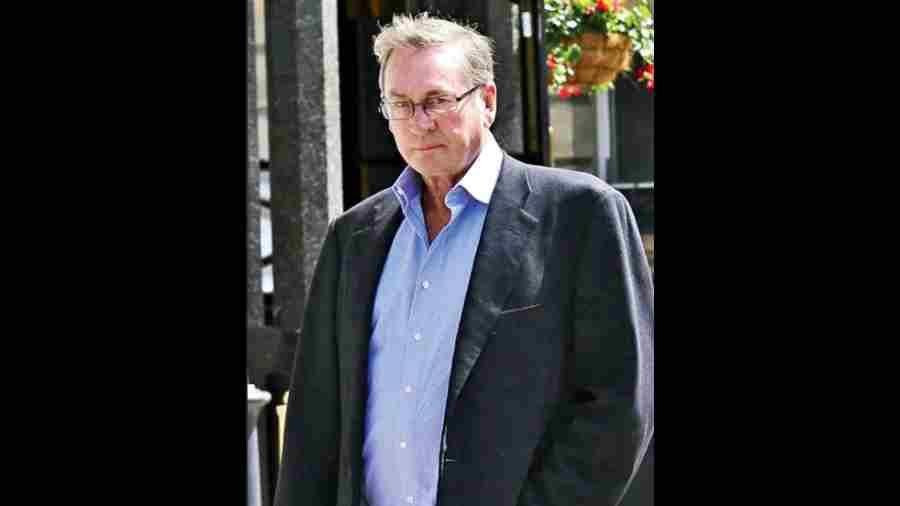 Now that Rishi Sunak has become the prime minister of Britain, there will be many books written about how the son of Indian immigrants made it to 10, Downing Street. But the credit for bringing out his first biography goes to Lord Michael Ashcroft, a former Conservative party treasurer and deputy chairman. After the publication of Going for Broke: The Rise of Rishi Sunak, Ashcroft told me: “Depending how things go, there may well be scope for a second instalment of my book.”  Rishi was then chancellor of the exchequer.

When I asked whether the country and the Conservative party were ready to accept a non-white PM, Ashcroft said: “More than ready. One good sign is his adoption as the Conservative candidate by one of the least ethnically diverse constituencies (Richmond in Yorkshire) in the country. The Tories would actually take some satisfaction in having the first leader from an ethnic minority.” Ashcroft summed up: “Rishi comes across as extremely competent at a time when competence is at a premium. His biggest strength is a combination of huge intellect, ferocious work ethic, good political judgment, the ability to project himself well, and great interpersonal skills.” Ashcroft, who is pleased that events have vindicated his judgement, said this week: “Rishi Sunak’s elevation to the top of British politics comes as little surprise to me...”

The departing Sunday Times literary editor, Andrew Holgate, has picked “23 best books” to mark his 23 years at the paper. They include Aravind Adiga’s The White Tiger (2008) of which he says: “Happily, this one went on to deservedly win the Booker.” This brings me to this year’s winner — The Seven Moons of Maali Almeida. Ruth Killick, who has been promoting the book in Britain, sent me a copy in May and offered me umpteen opportunities to interview its Sri Lankan author, Shehan Karunatilaka (whose previous novel, Chinaman, I had enjoyed hugely). Slipping in and out of hospital meant I fluffed all my chances. Now that Shehan is a celeb, he mainly communes with literary editors.

The BBC is constantly attacked by The BBC is constantly attacked by Tory right-wingers because it refuses to toe the government line and fiercely defends its independence. It is currently marking its 100th anniversary. The BBC’s Bengali Service — now called Bangla in a nod to Bangladesh — was launched on October 11, 1941 on the BBC World Service. We came to England from Patna when my late father joined the Bengali Service as its producer. I listen all the time to BBC Radio 4, where one of the slots is the semi-religious Thought for the Day . On the day that the Tories elected a new leader, the speaker was Akhandadhi Das, a Vaishnav Hindu teacher and theologian, who managed to link Rishi Sunak’s expected victory with Lord Rama’s return from exile. “Today, many Hindus and Sikhs around the world are celebrating Diwali the annual festival of lights,” he began. “I suspect many of those in Britain might have found it hard this past weekend not to relate the homecoming story of Ram to our current political scene, the potential return of an exiled ruler, for example, or the possibility of a rishi, the Sanskrit term for a Hindu mystic, becoming the nation’s leader.” “I doubt the parallels from the Diwali story are quite so blatant and political,” Das continued. “But one common factor is that like the inhabitants of Ram’s kingdom, Ayodhya, all those years ago, we also face a time of deep anxiety and desperation... It is said that for the citizens of Ayodhya life had reached a standstill, a despondent struggle without respite. In such circumstances, it’s natural to hope for a saviour, someone to put everything right.” Rishi lit diyas in Downing Street as chancellor of the exchequer. Perhaps he will do so next year as prime minister.

It has now become a tradition for the British PM of the day to host a Diwali reception at 10, Downing Street. But Liz Truss resigned on October 20 — four days before Diwali. Although a Diwali reception has since been held after Rishi Sunak arrived at 10, Downing Street, Sir Lindsay Hoyle stepped in and allowed the Speaker’s magnificent State rooms in the Palace of Westminster to be the venue for a Diwali gathering organised by a cross-party group of parliamentarians. He laughed when I suggested that maintaining order in a raucous House of Commons was good training for dealing with an overexcited Indian Diwali crowd trying to takes selfies with him. It took 45 minutes to queue and get through security to be admitted to the Speaker’s home. There was a nice touch when we were departing — everyone was given a small box of mithai.

My favourite picture of the week is of Larry the cat welcoming Rishi Sunak to his new home. Larry has seen PMs come and go, but as chief mouser at 10, Downing Street, he is staying put. A few days ago he saw off a fox that had wandered into his territory. Rishi is a dog person who has a labrador retriever, Nova, who will have to recognise that Larry is first among equals.