Even as China tackles economic challenges and tries to douse the fire in Hong Kong, its limitations are becoming visible 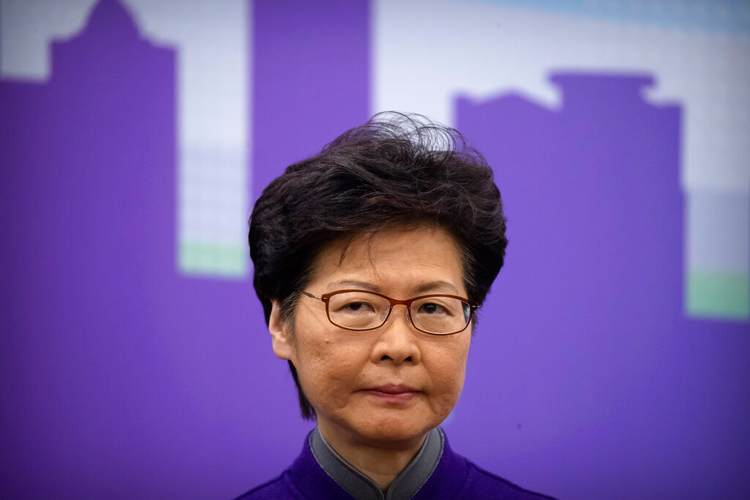 China’s vulnerabilities are becoming increasingly apparent. The economic miracle of China has lost some of its sheen. Recent reports indicate that the Chinese economy grew at a slower pace than expected in the third quarter of this year amidst a trade conflict with the United States of America and weak domestic demand. In the three months to September, the economy only managed to expand 6 per cent from a year earlier in spite of the Chinese government taking a number of steps to revive the economy. Revising its earlier forecast of 6.1 per cent, the International Monetary Fund is now predicting that the Chinese gross domestic product will grow at a rate of 5.8 per cent in 2020.

The world’s second-largest economy is, evidently, losing momentum, with its growth slowing down to a three-decade low. This has serious implications for China’s domestic political economy — the Communist Party of China has relied on high growth rates for political legitimacy — as well as for the global economy in which China has been an important engine of growth. So a slowdown in China spells trouble for an already weak global economy.

There has been some movement towards resolving the US-China trade dispute with the US president, Donald Trump, declaring that the US and China had reached a “very substantial phase one deal” that will address intellectual property concerns. Beijing is also expected to make purchases of agricultural product worth 40-50 billion dollars. Washington has also decided to postpone the imposition of additional tariffs on Chinese imports. The agreement is yet to appear in a written form and the second phase of negotiations have not begun. But China needs a deal at a time when Washington has tried to link the crisis in Hong Kong to the trade dispute.

There are few signs that the Hong Kong crisis is coming to an end any time soon. The extradition bill initially proposed in early February that led to the protests has been withdrawn. Yet, the protests have continued, defying the bans imposed by authorities. The bill had emerged in response to a case involving a man wanted for murder in Taiwan who could not be sent to face charges because there was no extradition agreement. But it resulted in a backlash as residents feared that they would be at risk of being sent to the mainland to face the courts that are controlled by the communist party. After taking a hard line, Beijing was forced to signal its flexibility although it continued to deny accusations that it is eroding the freedoms granted in 1997. China has blamed the US and Britain for inciting unrest.

In so far as the protests are concerned, Carrie Lam is now symbolic of all that is wrong with Hong Kong’s administrative arrangement with China even as concerns mount about Beijing limiting the freedoms guaranteed under the ‘one country, two systems’ principle. Reports have emerged that China is planning to replace Lam with an ‘interim’ chief executive once the unrest settles down. But the protest movement now has broader goals and has become the most significant challenge to the Chinese communist party since the uprising in Tiananmen Square. Schools and universities have been closed this week and students and police are clashing regularly, with universities becoming the new battle grounds of resistance.

These issues have come at a time when Chinese policies in Xinjiang, where more than a million Uighurs and other Muslims have, reportedly, been locked up in detention camps, have led to a global pushback. Although the Islamic world has largely been silent on Chinese atrocities given its close economic trade ties with the Middle Kingdom, at a recent United Nations general assembly session, 23 countries, including the US, Canada, Japan and Australia, called on China to “uphold its national and international obligations and commitments to respect human rights” as well as provide access to Xinjiang for international monitors.

Elections in Taiwan are scheduled for January. The Hong Kong crisis will have a major impact on China’s reunification project with Taiwan which, Xi Jinping has made clear, ‘can’t be passed on for generations’. The delay also undermines his image of a supreme leader who has brooked no dissent and centralized power to an unprecedented degree. Xi has also used the present turmoil in the global order to project China and his leadership as guarantors of global stability. With Hong Kong burning, his claims would fall on deaf ears.

Even as China tackles its economic challenges and tries to douse the fire in Hong Kong and in Xinjiang, the limitations of the Chinese model are becoming visible. How Xi intends to manage these challenges will determine China’s future in more ways than one.