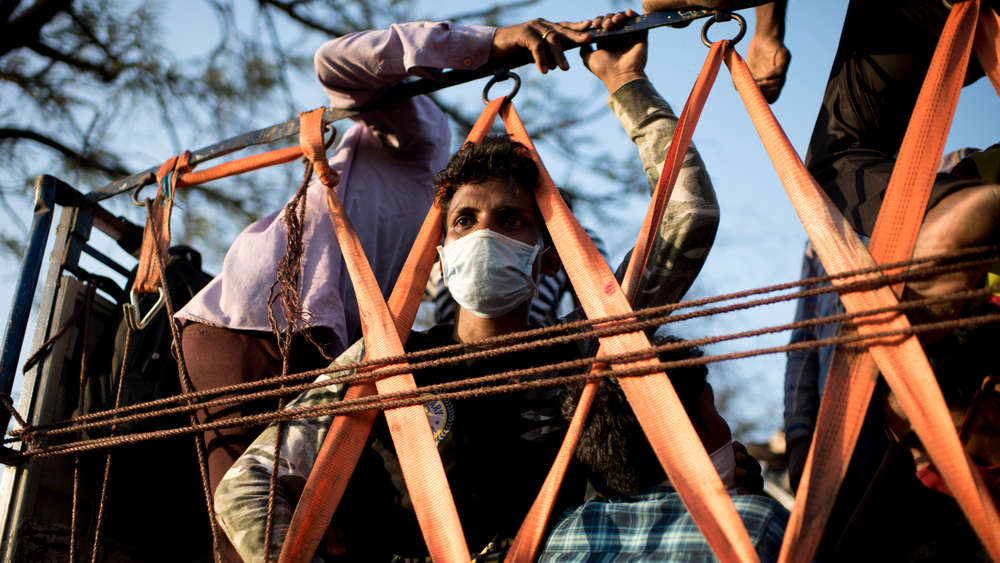 The contrast with the migration of the working class is a good way of suggesting what the privileged urban upper classes and castes do not have to confront.
Shutterstock
Sohini Chattopadhyay   |   Published 14.10.20, 12:47 AM

On January 15, 1897, The New York Times wrote of Bombay’s plague epidemic as an urban crisis: “More than half of its population has run away!” Let us break this ‘population’ into its components. A number of wealthy residents of Bombay moved to their country houses. In contrast, many workers escaped to the countryside that was already suffering from famine. Some others would stay back in plague camps or pay high rent to live in temporary huts and cowsheds.

Choosing safety is a collective human trait. We seek to mitigate risks to defer death and debility. But our ability to avert risk is a sign of our social belonging pertaining to race, caste, class and gender. For the urban, privileged castes and classes, a successful aversion of risk is a marker of social coherence that has withstood the tide of time.

The observation of the controversial German soldier-turned-writer, Ernst Junger, on the bourgeois echoes this social hierarchy: “the bourgeois person is perhaps best characterized as one who places security among the highest of values... His arrangements and systems are dedicated to securing his space against danger...”. Junger was glorifying war, but when taken out of context, his stinging observations reflect the reality of the world of privileged caste and class.

We take health insurance, life insurance, seat belts and security alarms for granted. We have surnames that take care of everything else that money can’t buy — in India as well as in our influential cliques abroad. We try to do what the Canadian historian-philosopher, Ian Hacking, has famously called the “taming of chance”. But we are also born with much of chance tamed for us.

To satiate our risk-appetite and flirt with danger, we have mastered the public display of risk-taking, such as sky-diving and bungee-jumping, but bat an eyelid when workers demand higher wages for the daily risks of building skyscrapers or when they point to the blatant caste-based atrocity that forces them to dive into our sewers.

The pandemic forced us out of this secure world. But it will not herald empathy. It made us confront uncalculated risks, but our privileges — allowing us to safely stay at home or move to safer spaces — will probably save us from too much damage. History provides some evidence. The anti-colonial leader, M.R Jayakar, wrote that at the time of the plague, everyone was “thrown into panic and confusion”. Many in his family moved outside the city amidst “healthy and rustic surroundings” till it was safe to come back. A government report published in 1899 eventually noted that the large number of “Upper Caste Hindus” who had moved out of the city “remained content and healthy”.

We erase the privileges we are born with, and then we claim that we are self-made. This false assurance makes us think that our private insurance is much better than spending precious taxes on a public health system. Public health is for the poor who cannot look after themselves. In times of crisis, this causes cognitive dissonance. We want the government to look after us too, but then does that mean we cannot take care of ourselves? We release our confusion by banging utensils on the balcony, miraculously seeking leadership that would tame reality back to our secure self-perception.

The contrast with the migration of the working class is a good way of suggesting what the privileged urban upper classes and castes do not have to confront. It is the risk of precarious housing that enforces workers’ migration. This risk is built into the very structure of urbanization that the rest of us find haven in.

Let us go back to history. It was, incidentally, an epidemic that made cities riskier for its workers. As the urban historian, Sheetal Chhabria, notes, plague measures in the early 1900s were used to justify a globally widespread “... displacement... of the urban poor in every major city of the world”. While workers make the cities from scratch, they know that they are not designed to provide them with secure residence. Colonial sources often assumed migration to be, in the words of the late historian, Raj Chandavarkar, the “defining characteristic of working-class life”. Caste prejudices marked criminality on them. This is perhaps particularly true of industrial cities and towns since the 19th century when a bulk of its workers came from adjacent regions; or land sharks and wealthier settlers displaced original inhabitants and brought back their children into urban demography through descriptions such as ‘squatters’. Contrastingly, workers’ politics has been around, asserting the right to stay and make home the cities that were designed to exclude them.

Coming back to the present, when a few people decided to use #MeTooMigrant to note that their pain of shifting cities was as bad as the labour crisis that was exacerbating in India, they forgot that official statistics and urban structures do not force the risks of migration as the defining characteristic of our privileged working and caste lives. That many could not make this distinction tells us that much work needs to be done on writing the history of privilege.

Maybe our closeness to risk during a global pandemic will be a revolutionary moment to examine our privilege even though if we are to look at history, there’s very little evidence of such revolutions.