A dangerous & false sense of safety

Last chance: Indians can still be pulled back from becoming unreasoning escapists 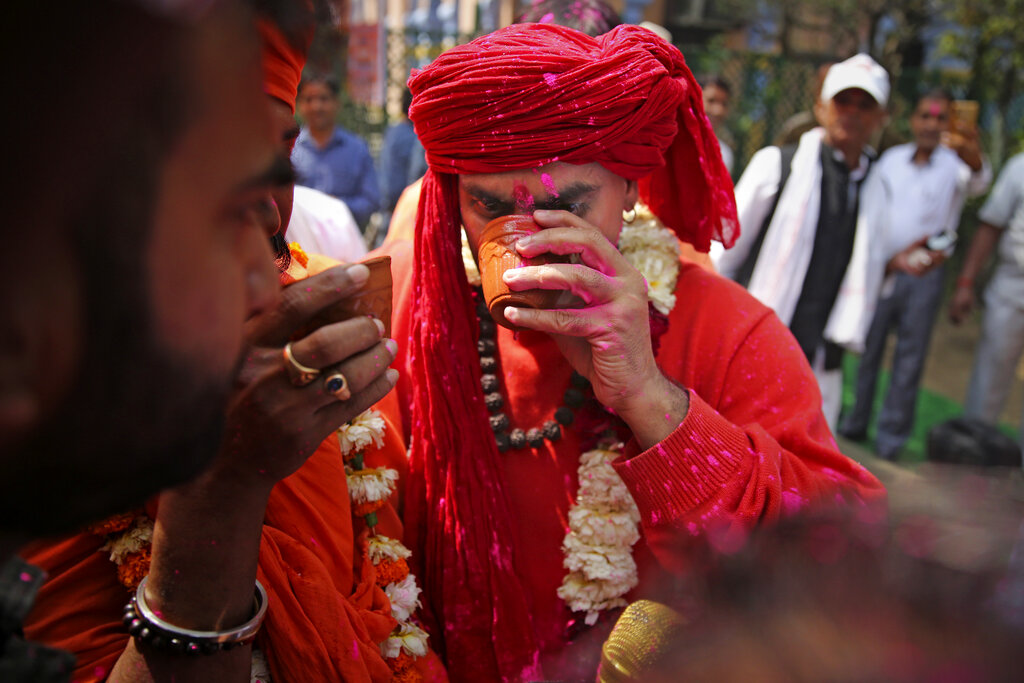 Bangar’s subject was the need of the people. One could add here analyses from other doctors and commentators, saying, for example, that India was under-testing: so far, around 16,000 people have been tested while South Korea, with a population around the same as Tamil Nadu’s, conducts 12,000 to 15,000 tests a day. With all this, they have managed to ‘flatten the curve’, that is all. That India, so far, does not have even one hospital bed per 1,000 persons and has some 70,000 ICU beds for the five million patients who need it ever year is simply chilling. Many more testing laboratories and kits are needed, as the West Bengal chief minister has urged the Centre, while she, like some other leaders in a few states, is preparing halls, stadiums and other big institutional buildings to function as quarantine centres.

What will protect the health workers? India failed to create stockpiles of personal protective equipment, that is, gloves, medical masks, gowns or coveralls, and respirators such as the N95 masks. On February 27, the World Health Organization had warned of shortage of PPE because of a surge in global demand as well as panicked stockpiling by countries. It was not before March 19, reports say, that the Indian government forbade the export of domestically manufactured PPE and its raw material.

But help is at hand at last. The prime minister, in his second address to the nation on March 24, not only declared a strict lockdown of the entire country for three weeks, but also announced a Rs 15,000 crore package to improve the health infrastructure and protection for all front-line workers. This is the moment the government can prove its worth. It can pull out all its stops and unplug all funds to try and undo as much as possible the damage done by earlier slackness.

Why not create an unforgettable legend instead of making up myths?

When we were in college, becoming member of a film society was an exciting and inviting activity. (I realize what a dinosaur fossil that makes me.) But during this blissful time, I watched — amazingly, I think at the auditorium of the Academy of Fine Arts, but am quite possibly wrong — a subtitled Czech film called On the Comet, based on a Jules Verne story. I recall little of it, partly because I was busy being furious with my companion who was late, but the bit that made a deep impression on me then suddenly erupted on to the surface of my memory as the escalating terror of Covid-19 began to spread. In the movie a comet carried off a bit of the earth with all the squabbling, scheming, self-aggrandizing human beings — there were pursuits of love and fights for protection too — that inhabited it at that moment, members of rival nations and speakers of mutually unintelligible languages. Not only were they rather slow to realize that they had left Earth and were heading towards destruction, but after realizing it, they also continued with their usual quarrels and plots unless they felt close to immediate death, as for example, when Mars loomed ominously. The moment the visible danger was past, the strident bickering and murderous plotting were picked up where they had been left off.

Mars is obviously looming, so to say, for even the Uttar Pradesh government has called off the Ram Navami mela in the nick of time — about five days ago. Meanwhile, in many places, dealers in the solid and liquid wastes of the cow, packaged and priced, have made a killing — this may turn out not to be metaphorical — and dozens of people had gathered for yagnas and the community drinking of cow urine. Nothing can be more dangerous in the face of a pandemic than the false sense of safety, and in India this was being encouraged by followers of the ruling ideology. (Boris Johnson’s ‘herd immunity’ may sound more sophisticated, but it was, while it lasted, effectively similar — escapism that denied reason.) It took the UP government quite a while to swallow the bitter pill that something was more

urgent than Rama triumphalism. If these various insanities have decided to hold their rampaging horses at last, it does not mean that some damage had not been done. The mixed messages from the authorities, and from those blessed by the authorities, were enough to confuse thousands, diminishing the scale of the danger in their minds, suggesting that there are ways of escape other than those dictated strictly by reason — lessening, in turn, the sense of urgency as well as the urge to pay attention to those talking of rules to follow but were without a saffron robe or a flare of red on the forehead or, at most, in just a white overall.

One of the best examples of this confusion was the outcome of the prime minister’s instruction last week in his first address to the nation that at 5 pm on March 22 during the 14-hour ‘janata curfew’ the people were to come out to their windows and balconies — I had some friends mourning the lack of balconies — to clap or bang utensils together to express their gratitude for the courage and dedication of medical workers at the front line of this terrible battle. Nice gesture. Spain did it, Italy did it, as did other European countries, so why should India not emulate them? But in the eagerness to jump to Narendra Modi’s orders, people gathered on the streets and walked together, banging utensils and ringing bells and clashing cymbals, as though in a religious procession, overturning the curfew and throwing rules of social distancing to the winds. The second outcome was more intriguing, only because at that level reason had taken complete flight. The vibrations of the joint clapping — please remember that Bollywood celebrities whom Indians adore joined the clapping visibly and in earnest — and all the clanging and banging (banging as in noise) were supposed to have weakened the virus and probably even driven it away. There was also some talk of the moon crossing some decoratively named star at that precise moment which would somehow help all this driving-away-the-virus magic. Had all the myth-making about India’s glories succeeded in turning its people into unreasoning escapists? It is not as though they could not see what was happening throughout the world.

It took a doctor from Hyderabad to turn the claps on their head. In a Facebook post, Manisha Bangar, a gastroenterologist and transplant hepatologist, said it was heart-warming to be appreciated but there should be no claps if there was nothing to back them up. The “ghantology gyan” of the prime minister could not save lives. Her caustic list of what citizens should insist on included the requirement that the government spell out the allocations for medical aid and disaster relief, dedicate double the money that went into building Sardar Patel’s statue, ask industrialists and companies that have been bailed out with public money to bail out the country now, and to use the riches collected by famous temples to tackle the crisis. She accused the government of wasting the period during which India had remained unaffected instead of getting public and private resources to plug loopholes in the health system and educating the people on prevention. The support she received in spite of the expected abuse showed she spoke for many medical professionals.