Morality forbids what the law doesn’t: For now, employers should follow this adage and pay due wages 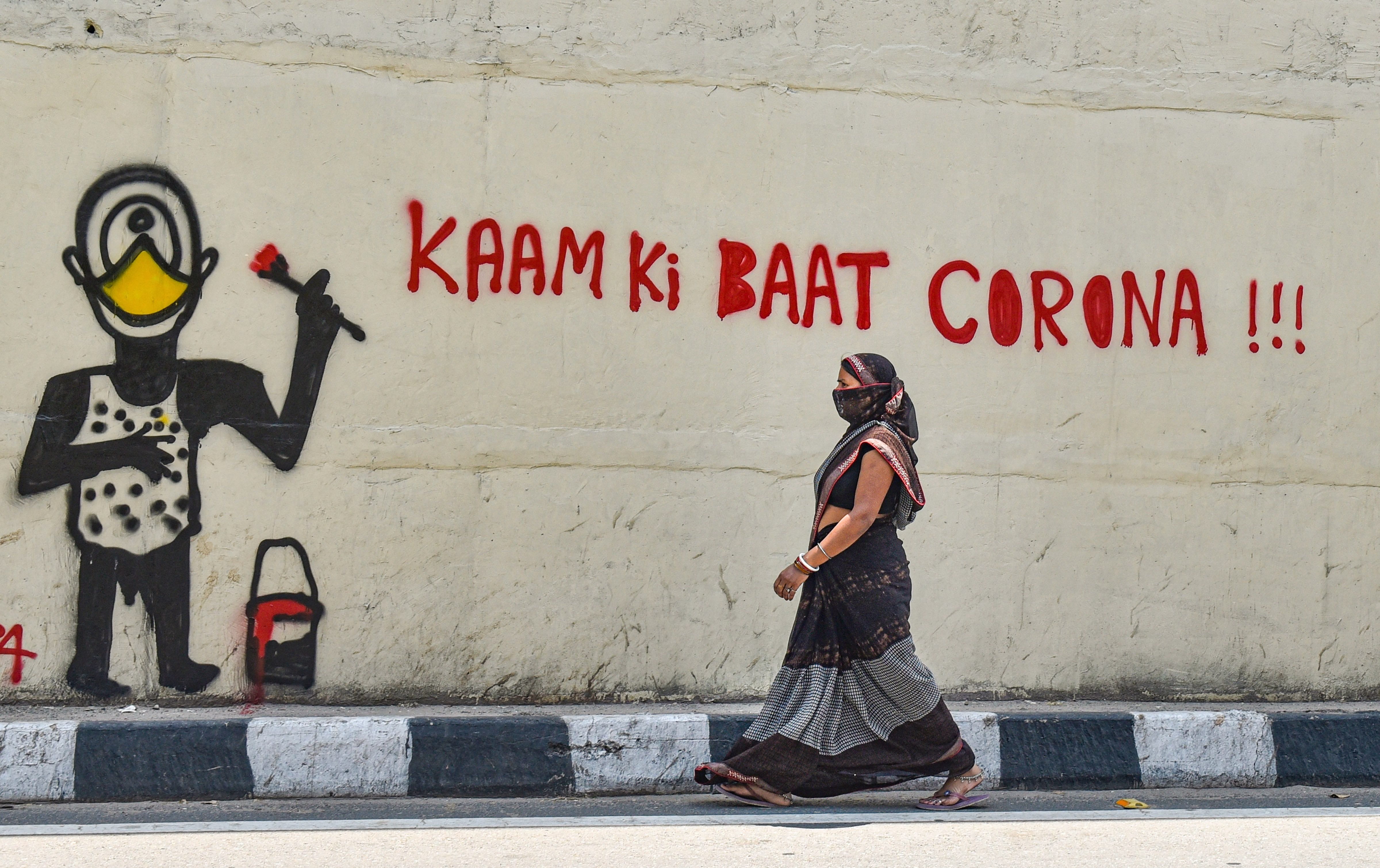 It’s one of the Covid-19 lockdown’s most tragic side-effects: employers forced to suspend business operations, leaving them without the cashflow to pay their employees. And often, the workers not getting paid are those earning minimum wages that have no cash reserves to fall back on. These people who are getting hit the hardest are at the bottom of the economic pyramid.

Our lawmakers should have come up with a bipartisan solution and enacted legislation to enforce it. Instead, some states have issued executive decrees ordering payment of “all wages”. Others have stayed silent or made moral appeals. No coherent national public policy has emerged, and this has allowed some employers to evade responsibility entirely.

First, let’s look at the legal framework behind the current sorry plight of workers. Social security is in the Concurrent List of the Constitution – meaning both the states and the Centre have powers to legislate. In labour matters, the state governments are broadly more powerful than the Union.

The Union Labour Ministry issued two advisories on March 20 about Covid-19 payments to workers. The first asked state chief secretaries to issue advisories to public and private establishments “to extend their coordination by not terminating their employees, particularly casual or contractual workers from (their) job or reduce their wages”. The second made the same appeal directly to public and private employers. Some state labour commissioners, notably Maharashtra and Haryana, issued letters making similar appeals to employers.

Then, the Union Home Ministry went a step further March 29, hoping to prevent a mass migrant worker exodus by easing their financial hardship. It issued a notification citing Section 10(2)(I) of the National Disaster Management Act that “all the employers, be it in the industry in the shops and commercial establishments, shall make payment of wages to their workers” while the lockdown is in effect. However, it remains untested whether the ministry’s executive decree can claw into what’s inherently a parliamentary and state legislative power. These powers, when so vested, are generally exercised by “appropriate governments” under various labour laws. On these grounds, therefore, the March 29 notification can’t be treated as binding all employers across the board as the notification itself states that it is in respect of migrant workers.

Some states took a similar line over salary payments. On March 31 the Maharashtra chief secretary in his capacity as chairman of the state’s disaster management authority under NDMA Section 24, issued a notification ordering that all employees, regardless of class, remuneration and designation, be paid full compensation during the lockdown. Immediately, Nagreeka Exports Ltd appealed the constitutional validity of this notification and the NDMA Labour Notification in the Supreme Court. Hind Mazdoor Sabha and another prominent labour union has opposed the plea. The court has on asked the Union to respond in two weeks.

States’ powers under Section 24 NDMA Act are limited to assisting and protecting the community affected by disaster or providing relief to such community or, preventing or combating disruption. If the Maharashtra notification had ordered payment of compensation owed to Covid-19 infected workers, then it could have arguably passed muster under Section 24 NDMA Act. Indeed, a similar Uttar Pradesh notification limits itself to payment for 28 days wages to those workers infected by the pandemic. Several other states such as Delhi, Kerala, Karnataka and Madhya Pradesh have issued notifications under the NDMA Act requiring employers across the board to pay full wages to workers.

The Labour Law Reporter, one of India’s oldest labour law journals, has issued an advisory noting that during the course of the pandemic, the Union’s labour notification prevails over any labour legislation in view of the overriding effect of the NDMA Act. That position, according to LLR’s editor, is further bolstered by the Supreme Court’s comment in Alakh Alok Srivastava v/s Union of India where it held, “We trust and expect all concerned viz. State Governments, Pubic Authorities and Citizens of this country will faithfully comply with the directives, advisories and orders issued by the Union of India in letter and spirit in the interest of public safety”.

In Alakh Alok Srivastava, the Supreme Court was seized of the plight of the migrant workers, a concern visible in the judgement’s first paragraph: “The petitioners-in-person have filed the instant writ petitions in public interest for redressal of grievances of migrant labourers in different parts of the country.” It’s clear the Court’s orders were limited to addressing the issues before it and didn’t intend to give the executive a carte blanche for all orders of any nature whatsoever.

The NDMA Act overrides other statutes but its intent and purpose are management of the disaster. In that garb, its ambit cannot be expanded to usurp other legislative fields, such as labour issues in respect of workers not infected by Covid-19. If that’s permitted, what prevents executive orders from, for example, suspending the basic structure of the Constitution? Further, both disaster management and wages laws come under the Constitution’s Concurrent List Item 23, therefore the specific must give way to the general.

The powers available to the state labour commissioners under Section 2, Epidemic Diseases Act 1897, are those necessary to prevent the outbreak of the pandemic or the spread. Executive notifications that order a blanket payment of salaries and wages to even those persons not infected by the virus should be outside the purview of the NDMA and the EDA. However, until a constitutional court rules it as such, the notifications remain binding and enforceable.

What the NDMA Act permits

Now let’s look at how this can be resolved. The NDMA aimed to address natural calamities such as earthquakes, cyclones and droughts. The definition also included biological disasters like Covid-19, and the Union notified it as such March 14. The act permits industrial establishments including factories, mines and plantations having more than 100 workmen (300 in Andhra Pradesh and Assam) to temporarily lay off workmen in case of a natural calamity. In cases where over 50 but less than 100 are employed, they can be laid off with payment of 50 per cent of average wages.

The Cabinet has promulgated an ordinance under the Salaries, Allowances and Pension of Members of Parliament Act, 1954, to cut pay of all MPs by 30 per cent for one year. The MPLAD funds have been truncated for two years. The Indian Railways has issued a notification that while passenger train services were suspended, contract and outsource workers would be paid up to 70 per cent of contract values. While the salary restructuring of the Union’s employees, contractors and legislators cannot be taken as a law directly implying such reduction for private employees, it’s an indication of the way public policy is leaning.

The NDMA Act empowers the Union, state or district administrations to requisition resources, provisions, vehicles, and other items for rescue operations, and to make appropriate compensation. A person dissatisfied with the compensation may have an independent arbitrator adjudicate the amount. The NDMA Act didn’t envisage the executive as an agency that would expropriate the citizens resources but provides a mechanism for the governments to pay fair market compensation.

Bankruptcy laws also provide good public policy guidance in this field: should a company collapse, workmen stand first in line to receive their wages from sale of assets.

Workers’ right to be paid

So let’s be clear here: benched workers have the right to be paid – whether directly by the state as compensation, or by the employers. Every industrial classification has its own special issues and ensuing social security effects. In the US and UK, lawmakers have passed statutes providing workers’ relief from their suffering. In India too, our Parliament and the state legislatures are the competent bodies under our Constitution to codify public policy in this respect. The legislative recess at this time of unprecedented global crisis is leading to policy paralysis. It could be said our legislators are reneging on their constitutional duties, specially to society’s most vulnerable sections.

Meanwhile, employers should follow the adage that, “Morality forbids what the law doesn’t” and -- on that principle alone -- pay their workers. Whether they pay 50 per cent (using the IDA Act as a base), or 70 per cent (using MP salaries as base), or 100 per cent (such as in pharma and e-commerce businesses) -- would depend on each individual business. However, the view that no amount is payable is unconscionable.

The writer is a Delhi-based lawyer. Opinions expressed in this article are his own.