Labourers and homeless people need smoothly functioning systems, none of which had been thought of earlier 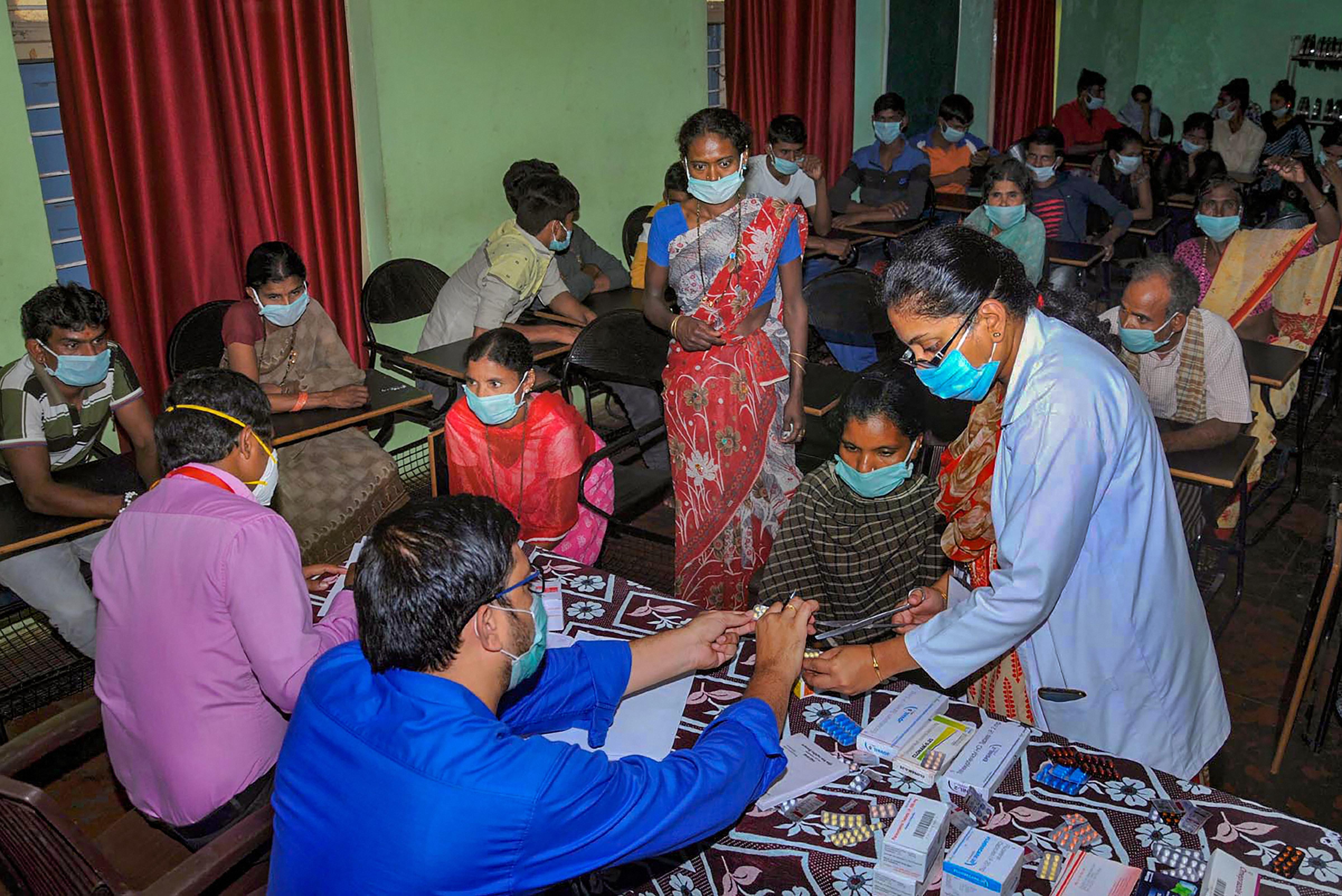 Doctors conduct counselling regarding mental health of labourers and migrants workers sheltered at a camp during ongoing COVID-19, lockdown in Chikmagalur, Monday, April 20, 2020.
PTI
The Editorial Board   |     |   Published 20.04.20, 08:31 PM

It is not as though the Centre and state governments are not trying to ameliorate the distress of migrant workers and wage labourers. According to the report prepared by the non-governmental organization, the Stranded Workers Action Network, published on April 15, 350 orders have been issued by the Union and state governments for their relief. Yet of the 11,159 workers surveyed overwhelmingly large numbers have not been paid anything during the lockdown or received rations from the government, most are not getting cooked food and many have less than Rs 300 with them. This cannot buy foodstuff, oil, soap and so on for the rest of the lockdown, or, for those still far from home, also pay rent and arrange for transport back. Yet, theoretically, all these forms of distress should have been addressed by the different government orders. The sudden notice for lockdown from March 25 had left states with no time to plan and implement ways of ensuring food security, wage flow, adequate transport or, alternatively, safe shelters with funds arranged for dependent families at home for migrant and wage labourers. The orders, the report notes, have made a slight difference from the end of the second week of the lockdown, but the needs far outstrip the supply. The multi-pronged approach to aid labourers and also segments such as that of homeless people need smoothly functioning systems, none of which had been thought of earlier.

The problems are varied. For example, monetary support from the government is inaccessible to unregistered workers. There is also the issue of accountability. If contractors and employers do not pay workers, or if landlords compel them to pay their rent or leave, no government order can bring them to book. The report found that most workers did not know the name of the company they were working for; they only knew the contractor who could simply switch off his phone. It is not just the anxiety and fear of those without sufficient help that must be immediately dealt with, but also the possibility of starvation in many cases. Their desperation has already found expression on the streets of Surat, at a Mumbai station, in the burning of the shelter camp in Delhi. Without proof of security from governments the situation could worsen.