Yet not quite the harmony of Confucian thought 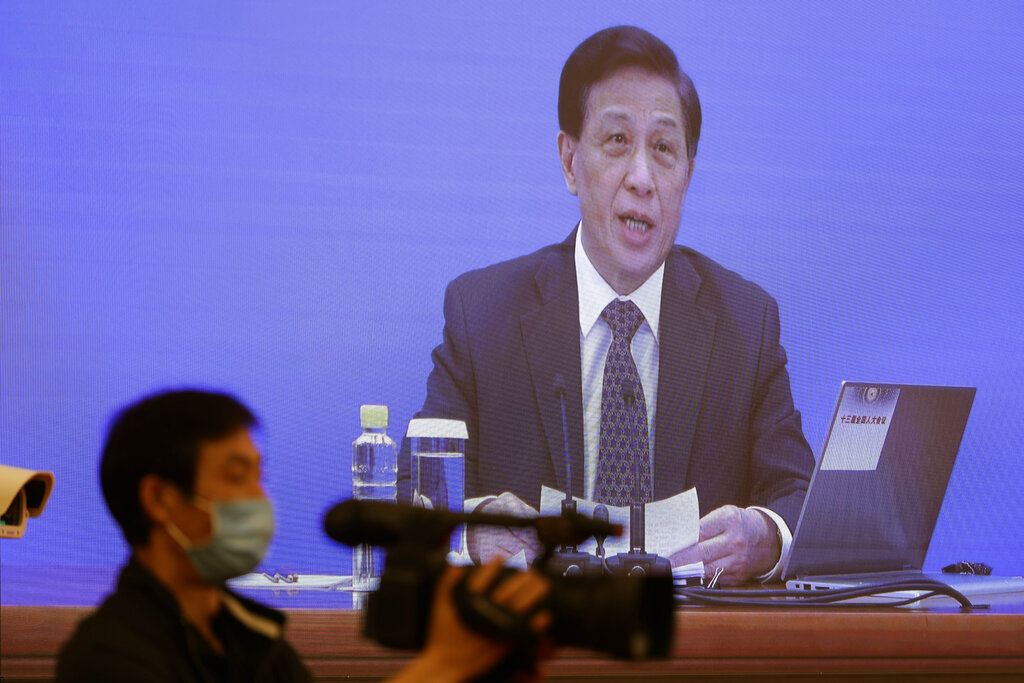 Zhang Yesui, a spokesman for the National People's Congress, broadcast on a screen at a media center during a press conference on the eve of the annual legislature opening session in Beijing on Thursday, May 21, 2020.
(AP Photo/Mark Schiefelbein)
Neha Sahay   |     |   Published 01.06.20, 08:46 PM

So the mighty Communist Party has finally admitted that the coronavirus pandemic has wreaked havoc on the livelihoods of ordinary Chinese people. For weeks, the official media carried only positive reports of health workers and others heroically giving their all to the fight against the virus. Ironically, it was the all-important annual ‘Two Sessions’ held in the capital last week — a most official gathering — that projected the true picture. The legislature and the country’s top advisory body set no gross domestic product goal for the next financial year. Instead, the most important focus will be on creating jobs.

Although it is evident in the deserted shops all around, one has to really search in the official media for pointers to the crisis that the Chinese have been hit with on account of the ruthlessly implemented two-month-long nationwide lockdown (it was longer in Wuhan). News that the Central government may relax the strict rules that govern street vendors is one such pointer. Thriving street vendors would surely reduce the burden of providing jobs to the millions rendered jobless.

Of course the official media continues to project even the loss of jobs positively. There is an article on how people are changing jobs — 2,30,000 of them opting to be app-based cab drivers in Beijing alone. The article makes such changes, born out of desperation, sound like an exciting adventure. Then there was the

interview with two restaurant owners in Shanghai, hailing from the Hubei province, expressing wonder that their regular customers have remained loyal to them, despite the stigma now associated with the province which has Wuhan as its capital.

The official media has not reported on this stigma, nor on the way African people were evicted by landlords and turned away by hotels in Guangzhou, after some African travellers were found to be Covid-19-positive in March. That one of them bit a nurse (this was reported) and some broke quarantine rules made matters worse. They accused the Guangzhou government of selectively testing them; ambassadors from African nations wrote to the Chinese foreign minister, and Chinese ambassadors were summoned by African governments.

However, authorities in a provincial capital were quick to act by pulling down a banner outside a restaurant which said: “Celebrating the epidemic in the US and wishing coronavirus a nice trip to little Japan!” The manager who put it up was sacked, and an apology was issued by the restaurant on social media.

In the official media, harmony reigns. One article ascribes China’s success in fighting the deadly virus to its traditional Confucian values — being united; seeing the country as an extension of the family; obedience to the head of both the family and the country.

This happy picture, however, has been marred in Wuhan. Last month, a government employee sued the city’s government, holding it accountable for the devastation caused by the epidemic. A day after Mother’s Day, policemen pounced upon a 50-year-old demanding justice for the death of her only child. “Daughter, a Mother’s Day without you is not Mother’s Day,’’ she posted in a moving appeal on social media, describing how she had watched her 24-year-old daughter struggle to breathe in January. Using facts revealed by the official investigation into the death of the whistleblower doctor from Wuhan who himself died of the virus, the mother wrote that the government declared that the virus was not contagious in spite of knowing that it was. Her unsuspecting daughter caught it on a routine visit to the hospital; as her care-giver, her mother got it too. A video that has gone viral shows police breaking her placard. Not quite the harmony of Confucian thought.