Coronasur, Conrad and civilisation's oldest and deepest paranoia: the fear of isolation 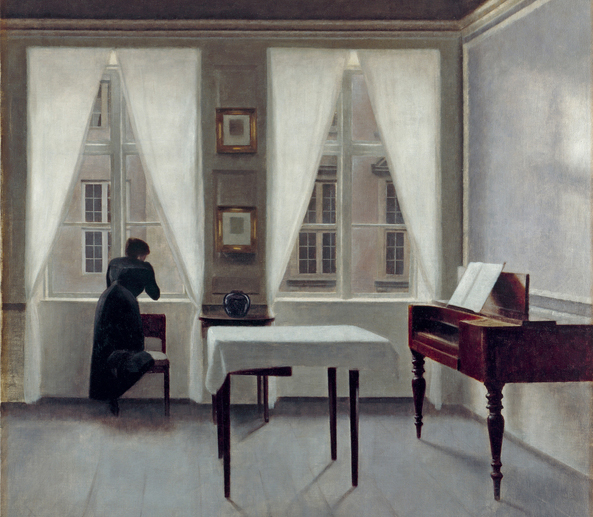 Earlier this month, Mumbai ushered in Holi in a peculiar way. Coronasur — a symbolic effigy of Covid-19 which, the WHO says with good reason, is now a global health emergency — was consigned to the flames on the occasion of Holika Dahan in that city. Delhi, however, chose to be different, fighting the contagion with fluid, not flames. The Hindu Mahasabha poured gaumutra down the throats of the faithful to appease the virus-demon.

The elevation of a virus to the stature of a mythical, malevolent figure in 21st-century India chimes well with a nation that has chosen for prime minister a man who has unshakeable belief in Ancient India’s monopoly on cosmetic surgery. But the fear of Coronasur is not unwarranted; the pathogen has infected more than 383,944 people around the world, killing at least 16,595 among them. The planet, however, has survived worse. Between 75-200 million people perished during the Bubonic plague in the Middle Ages; influenza snuffed out around 50 million lives a little over one hundred years ago; tuberculosis, diarrhoea, cardiac conditions and cancer cull great many humans even today. What has made the coronavirus singular, though, is its ability to stoke interest — plebeian and intellectual — in one of civilization’s oldest, deepest paranoias — the fear of isolation.

The transformation of eremophobia — the fear of being alone — into a mass phenomenon has been augmented by the lockdowns, or social distancing if you will, that governments — in Italy, Spain, England, the United States of America and, now, India — have implemented as policy. Enforced periods of isolation and restricted access to public spaces, it is being hoped, would halt the march of the infection. The consequences of this besiegement have been varied, but instructive. Bengal became the 14th state in India to invoke the Epidemic Diseases Act of 1897 to prevent patients or those under surveillance from fleeing isolation wards. New York Magazine, meanwhile, interviewed Carlo, a Florentine, who, too, spoke of fear while looking at his deserted, lonely city as well as of the sadness that he felt when he heard, in the course of a telephone conversation with a friend, the sounds of the street — the rumble of traffic, the low hum of human voices and the melody of music — in faraway Vancouver.

There is a touch of the Conradian horror about Carlo’s dread of isolation, even though he, unlike some of Joseph Conrad’s flawed men — Almayer (Almayer’s Folly) and Kurtz (Heart of Darkness) come readily to mind — has not been banished to an outpost of civilization. Civilization, in fact, seems to have been transformed into an isolated outpost, turning Carlo into one of Conrad’s ‘solitaries’, psychologically scarred, spiritually wounded beings, consumed slowly by the terror of the unfamiliar, the unknown.

But eremophobia has not been the only consequence of our fallibility in our confrontations with incognita. The moral quandaries of isolation-estrangement-loneliness and its impact on the body politic of a nation have led to cerebral pursuits that have often yielded remarkable inferences. For instance, the purest kind of loneliness born of some forms of isolation, Hannah Arendt argued in her seminal work, The Origins of Totalitarianism, stems from the loss of the ability to empathize, to hold a dialogue with the self, a failure that led the fictional Kurtz — and could lead socially isolated Carlo — to conclude that they are outcasts from the human commonality. This rootlessness, the persistent sense of unbelonging, Arendt argues, was complemented by the hollowness of modernity and, eventually, crystallized in a great contemporary peril — the now all-pervasive condition that has stripped societies of the energy and the imagination to reflect on, and appreciate, the ambiguities of reality. The resultant attraction for simple — the Final? — solution for complex problems, for binaries — Us versus Them — augments the genesis of the totalitarian ethic.

Public unwillingness to engage with nuanced thinking, with the complex history of the Republic, has been discernible in Narendra Modi’s India too. The consequences are revealing. Take the case of the massive endorsement of the revocation of Article 370. That Kashmir’s ‘special’ status, apparently inimical to the spirit of national integration, is not quite an aberration — Article 371F vests Sikkim with similar special provisos; Nagaland’s customs, land and resources are inoculated against encroachment by Article 371A; the inner-line permit for the Northeast stems from the need to protect indigenous interests — eludes a nation that is being taught to hate, what Nabeelah Jaffer, writing in Aeon, says is ‘two-sided thinking’, “the kind of thought that involves weighing competing imperatives and empathising with a range of people”.

And Kashmir has been punished for its rights.

Interestingly, the punishment chosen was an extreme, unwarranted form of isolation. August 5 onwards, India put Kashmir in lockdown, almost the kind that the coronavirus has now forced upon the nation. The heavy deployment of boots on the ground, the paralysing of communication networks and the incarceration of the state’s political leadership were some of the special provisions of the social distancing that Kashmir, unlike India, was made to endure. The State’s weaponization of isolation, be it for Kashmiris, the Uighurs interred in China, or, earlier, for the ones who perished in the Siberian labour camps, is contingent upon the preservation of the cultural anxiety about solitariness.

Coronavirus is not merely a yet-to-be-resolved health affliction. It is also a stubborn stain, emblematic of humanity’s failure to master isolation, the kind that metastasizes within and without.