Covid-19 is a desi disease accidentally invented by the Chinese 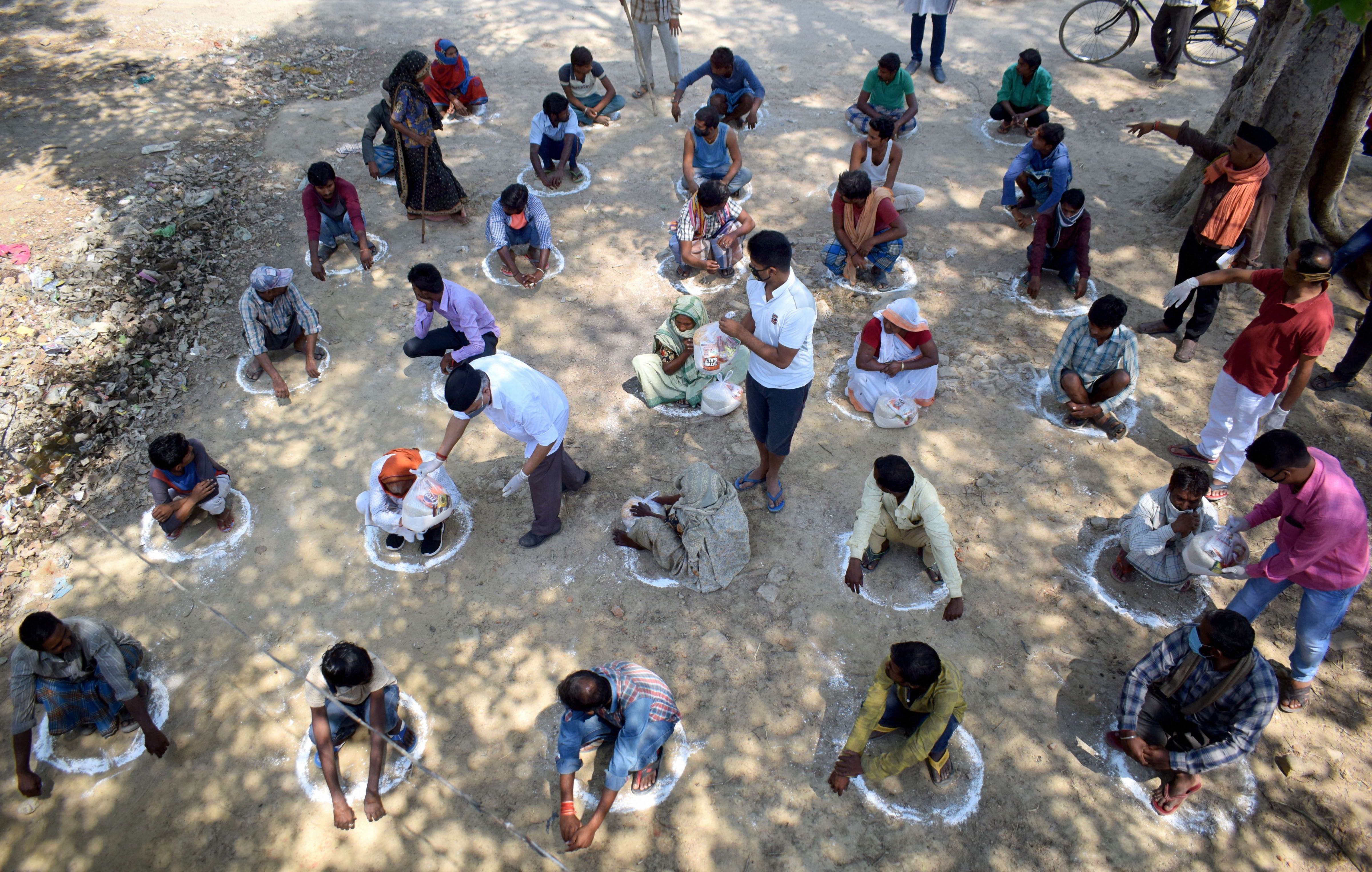 My great grandfather, a rigidly casteist South Indian Brahmin who lived in Mysore, was finicky about ritual pollution. He had sold his wife’s dowry, which consisted of silver vessels, to fund a modern venture, a gramophone shop. The shop didn’t do well mainly because he didn’t log enough hours in it. He had to bathe and ritually cleanse himself before he left his house. This took him till eleven in the morning and when he set out it was not uncommon for him to return because the shade of some unclean person had fallen upon him which meant that he had to begin the exhausting process of purification all over again.

I’ve been thinking of my ancestor’s routines during this period of quarantine. I think of him particularly when we get deliveries which is often since going to the shops is difficult. When the delivery man rings the bell, I motion him to the side door and tell him to leave the packages on a small table recently set out there for that purpose. I have already placed a twenty rupees note on it as a tip, neatly pre-empting proximity.

The important thing about this story is the lengths to which the delivery man and I go not to come within an unsafe distance of each other. It’s a routine that I have fallen into with surprising fluency; it hasn’t required any real effort which makes me wonder if there is something hardwired into me that allows me to settle comfortably into these unnatural and unsociable routines. The obsessive hand-washing, the sanitizer spraying, the masking, the elaborate avoidance of strangers are second nature to me.

Does social distancing come naturally to someone raised within a broadly Brahminical society? Do routines of purity and pollution — unlearnt by desis as they learn modernity — lurk below surface decorum like apps waiting to be launched? When Indians look at scenes from Western countries where middle-class people seem to find it hard to understand what social distancing and apartness entail, they wonder if these people are reckless or stupid. Perhaps they are neither. Perhaps their problem is that they aren’t Indians; they lack our civilizational reflexes.

As a young graduate student in England, I noticed that shoppers put their money directly into the hand of the cashier or the person operating the till. My instinct was to put my money on the counter so there would be no human contact, no touching. It was obvious to me that no contact ought to be the default, not routine contact. The quarantine forced by the coronavirus plays to the strengths of middle-class Indians. It lets us play variations on the theme of savarna remoteness.

Only the savarna can isolate comfortably. If knowledge workers are the new Brahmins and if the old upper castes are the new knowledge workers, it follows that the digital working life in India is something of a savarna monopoly. Blue-collar employees, street vendors, craftsmen, agricultural workers, construction workers, self-employed people, people who need to be physically present to do their jobs or earn their livelihoods, are, to use Mahatma Jyotiba Phule’s terms, the new Shudras and Atishudras of this quarantined yet expansively online world of work.

This new Covid Brahminism uses all the technologies of the old one: my ancestor’s gift for social distancing and exclusion would have served him well in this season of contagion; he’d have needed no instruction at all on the untouchability of strangers. The caste system is a portmanteau term used to describe Indian society’s genius for hierarchy and discrimination. It isn’t an immutable system; it has changed in response to the great social and political processes inspired by capitalist modernity. If the offline poor are the new Shudras, Muslims, who are doubly handicapped in contemporary India on account of being disproportionately poor and irredeemably Muslim, are the new Dalits. If Dalits were untouchables who lived on the margins of caste society or beyond its pale, Muslims today, given their economic marginality and their political and existential isolation, have been reduced to a trampled-upon underclass that can be reasonably classified as India’s new pariahs.

Over the past month, there has been a concerted attempt to weaponize the anxiety created by the Covid-19 pandemic against Muslims. The role of the Tablighi Jamaat gathering in Nizamuddin in spreading the virus in March has been used by India’s social and mainstream media, its political parties, its residents’ welfare associations, and even governments, state and Central, as a cue to declare open season on the community as a whole. A national newspaper reported that a hospital in Ahmedabad had begun to segregate patients on the basis of religion with separate wards for Muslims. It was widely suggested on mainstream news channels that Muslims were the malevolent vanguard of a new kind of war, a coronajihad.

In localities like mine, middle-class people and the RWAs that they run have begun to ask if it’s safe to have Muslim vendors entering the colony. A neighbour wondered aloud if a Muslim who had sold fruit in the locality for decades ought to be allowed in because ‘you never know where these people live’. This is the standard middle-class anxiety about contagion caused by the crowded lives of the poor, aggravated by the prejudice that Muslims are a dangerous and alien subset of the poor who need to be more rigorously quarantined. What we are seeing in this surreal moment is the informal discrimination that Muslims routinely suffer hardening into something close to formal segregation and organized shunning.

In India, the coronavirus is a polluting disease kept at bay by ritualized alertness. It is contained by avoiding proximity and through constant purification. It is a challenge that caste society was built to meet. Come to think of it, the namaskar is the perfect greeting in the time of the coronavirus. It allows you to be polite, even affable, without the undesirable touching that a handshake or a hug or a kiss entails. My great grandfather knew exactly how far he had to be from Dalits to ward off the pollution that he thought they broadcast in every direction. The optimal social distancing norm for this pandemic is six feet or 1.8 metres. As Ashis Nandy might have said (but didn’t), Covid-19 is a desi contagion accidentally invented by the Chinese.