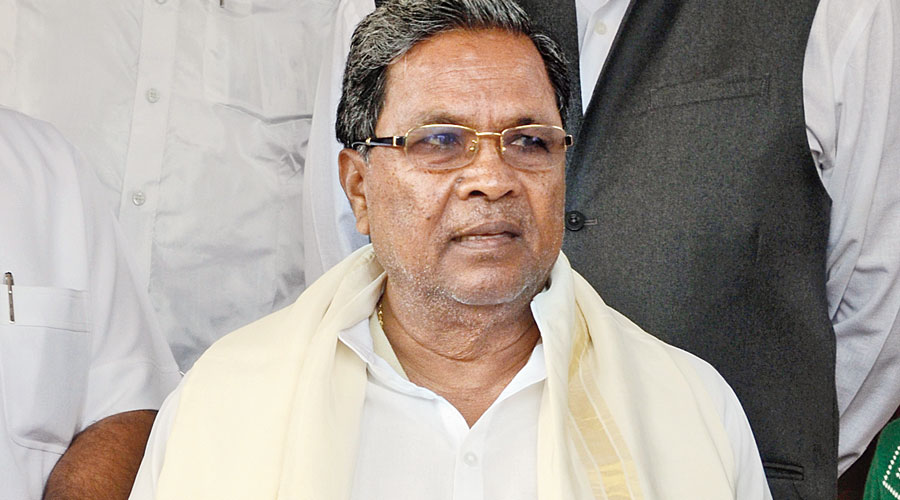 The veteran Congressman, PC Siddaramaiah, could soon be seen both offline and online. A biopic is being planned on the 75-year-old leader. Siddaramaiah admitted that he was contacted about the biopic but did not reveal anything more. What might spice things up, though, are reports from the Kannada film industry which suggest that the Tamil actor, Vijay Sethupathi, is being considered for the role of a young Siddaramaiah. Some fans of Siddaramaiah have even registered a company to produce the film on the socialist youth leader who went on to become the chief minister. The buzz in the Siddaramaiah camp is that it would like the film to hit the screens before the state elections due in AprilMay 2023.

Can one survive and progress within the Bharatiya Janata Party if they are in the bad books of the Union home minister, Amit Shah? Most would say no, while some would sight the example of Uttar Pradesh CM, Yogi Adityanath. However, the senior spokesperson and Rajya Sabha member, Sudhanshu Trivedi, is another shining example of this. During an animated discussion among some senior BJP leaders, one of them asserted that it was possible to survive Shah if you had the blessings of some tough leaders. He pointed out that Shah refused to nominate Trivedi to the Rajya Sabha. When Trivedi’s mentor, the Union defence minister, Rajnath Singh, enquired, Shah washed his hands of by saying that the order came from the top. Singh took umbrage at this and ensured that Trivedi went to the upper House at the next available opportunity. “You need to have the support of a singh [lion] in such circumstances, and Trivedi had it in the form of Rajnath. Otherwise he would have been nowhere in politics,” other BJP leaders added cheekily.

The Congress manifesto for today’s municipal polls in Delhi promises to build a grand temple for the 15th-century mystic, Ravidas. The BJP-like zeal to build a temple is the Congress’ attempt to woo back Dalits from the Aam Aadmi Party. A Ravidas temple was demolished as an encroachment in a south Delhi forest by the Centre’s Delhi Development Authority on the Supreme Court’s orders. In its 1991 Lok Sabha manifesto, the Congress had promised to build a Ram temple in Ayodhya without demolishing the Babri masjid. Some citizens are clearly more equal than others.

On Friday, the Delhi CM, Arvind Kejriwal, presided over the felicitation and payment of salaries of yoga trainers whose services were allegedly stalled at the behest of the lieutenant-governor, VK Saxena. The CM is now being probed over the violation of the poll code in force for Delhi’s municipal polls. While the AAP leaves no opportunity to accuse the BJP of manipulating the elections, its CM’s political decorum does not seem to be very different.

In ancient times, kings used to build and look after temples in Odisha. The job is now left to the CM, Naveen Patnaik, whose government is renovating different places of religious and architectural importance including the 12th-century Shree Jagannath temple in Puri and the 11th-century Lingaraj temple in Bhubaneswar. Captains of industry recently gathered in Bhubaneswar for the Make in Odisha Conclave and discussed investment opportunities in the state. The JSW group chairman, Sajjan Jindal, described Patnaik as the king of modern Odisha. Other industry honchos, including LN Mittal, Anil Agarwal and Naveen Jindal, pointed out how a great transformation has taken place in the state under Patnaik. Most of them agree that Odisha has emerged as the major investment destination.

The Trinamul Congress is trying something new in Meghalaya, which goes to polls next year. The party launched the ‘Townhall with Dr Mukul Sangma’ campaign to connect with women voters of North Shillong. This is a new concept in the state. Sangma is a former CM and one of the few politicians with a pan-Meghalaya presence. More such townhalls are planned for voter outreach. But in a state where candidates’ personal charisma and community matter more than the party to which she/he belongs, it remains to be seen how much impact a townhall will have.

Soon after breaking away from the NDA, the Bihar CM, Nitish Kumar, started uniting the Opposition across the country to take on the BJP. But he steadfastly denies all insinuations about vying for the prime minister’s post. But a change was noticed at an important meeting. Nitish reached party headquarters and was greeted with slogans of “Desh ka PM kaisa ho, Nitish Kumar jaisa ho”. Nitish did not object to the slogans. His wish of being PM has clearly awakened.

It is no secret that almost everybody in Kerala is a football fan. It was thus no surprise that the state Youth Congress president and Palakkad MLA, Shafi Parambil, a die-hard fan of Argentina, decided to visit Qatar to watch a few World Cup games. But enjoying football matches and sharing pictures on Facebook when colleagues were courting arrests protesting against nepotism in Kerala did not go down well. Local leaders shot off complaints to Delhi against firebrand youth leaders who stayed away during a crucial week.