Cogs in a grey wheel

Morality and law agents in a fictional land 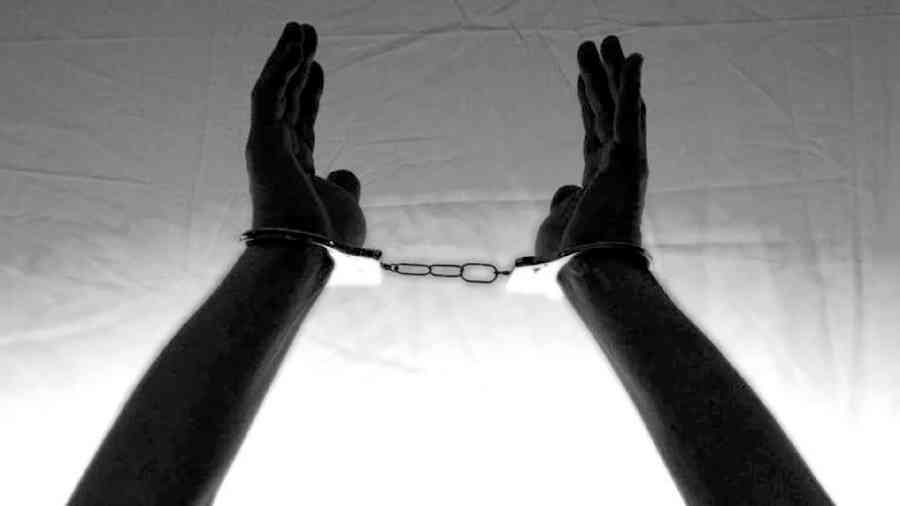 All too often, for instance in novels about post-colonial countries, we see a lot of empathy and sensitivity being poured into characters whom we call the ‘oppressed’, with very little time and effort spent on the people doing the oppressing, so that the ‘evil dictator’, ‘crafty politician’, ‘cruel general’, ‘bent judge’ or ‘corrupt policeman’ (either secret or not) become cardboard characters. This is unfair and makes for a shallow understanding of human nature.

Let us imagine a fictional country in our region, one that is definitely not India but one that could be a cross between two or three neighbouring countries that shall remain un-named. It’s a sweltering morning at a major police station in the city of X-bad; the aircon is going off and on because of the bad power situation in the state and the young chief inspector, Anil Sheikhratne, is sweating slightly as he goes through the files of the serious cases he’s investigating. A phone call from the assistant commissioner summons him. The superior pushes forward a handwritten note. ‘Drop everything else. Copy down this name and the details. Take three men and go to Y-calloa. Arrest this man, bring him here and put him inside.’ ‘Sir, Y-calloa is across the country, in that other state.’ ‘Yes, so? I’ve authorised air tickets.’ ‘Sir, what are we arresting him for?’ ‘Section ___, section ___ and also see if you can find something in his house to bring in Section ___. A copy of his antinational tweets is in your email inbox.’ ‘But Sir, what about the warrant? Won’t I need to get permission from the local thana and the local magistrate?’ ‘The people above have told me all that will be cleared, don’t worry. Now go.’

The first time this happens, Anil is a little confused, a little conflicted, and hesitant. To his mind, trained so far in straight police work, the evidence for arrest is thin enough to be non-existent. By the third time he finds himself in an airplane, flying across the country to arrest two young women for a Facebook post critical of his chief minister, Anil is no longer an innocent: he knows that his mission has nothing to do with the breaking of any law; in fact, he’s fully aware that it is he who will be tripping over into deliberate criminality by carrying out a malicious arrest ordered by his political masters for political reasons; he knows that the oath he swore to the Constitution of the Republic when assuming his policing duties is as good as flushed down the toilet — he knows he is now just a uniformed henchman of the people in power; he knows that when he returns home and takes his son to cricket coaching the kid will ask him about his trip; when he tells his son he has been away arresting dangerous criminals, he knows he will be lying through his teeth. And yet, after all, the son; the daughters; the wife and the larger family; Anil Sheikhratne has a duty towards them, a duty to provide and protect. He doesn’t have a choice where he can be foolhardy on some idea of ‘principle’ and torpedo his own career and prospects. If he refuses to conduct these absurd arrests, all that will happen is his fellow officer — the second choice — will be given the plum assignment and that guy will not make any mistake. Sheikhratne’s file will get a big black mark and he will be transferred to some obscure cul-de-sac of a posting. His colleagues will laugh at him behind his back and wonder about his sanity.

If we look around this sorry, fictional nation, we can find variations of our Anil Sheikhratne in every department of law enforcement, in the Federal Investigation Bureau, the Fiscal Aarthik Karyalay Enforcement, the Banned Substances Bureau — everywhere. Often, this officer is not a totally mediocre man, nor is he always deeply unintelligent, nor generally spineless in matters other than carrying out his official job. At home, he could be a good, modern husband and partner, a loving and supportive father encouraging his daughter’s basketball career or his son’s classical music lessons. Even as he energetically primes the detonators on a daily basis, he may feel some deep, well-hidden unease at the dynamiting of all the structures that make up genuine law and order in a genuine democracy; he may be acutely aware that if you inject all police procedure with lies, if you corrupt all branches of administration and legal authority, then someday this will fall on everybody’s heads, that this will come back to gouge out lives at random and not just those of the current targets of the people in power.

And, yet, every morning, when this man straps on his uniform belt, or taps on his phone to see the results of the latest illegal surveillance, or opens his work laptop to insert false evidence on a target’s devices, he feels no sense of shame or humiliation. His primary concerns are two-fold: survival-cum-promotion and the constant avoiding of any blame or responsibility that this requires. Responsibility then becomes like a football — in the modern game, you want to pass the ball on as quickly as you can, with just one glancing touch if possible, ‘Look! It’s not with me, it’s with him!’ So, say if Anil is part of an official team that has misused a terrible law to put a group of innocent people into jail for years and one of those people dies, the team can distance itself from that disaster by telling each other: what can we do if the jailers mess it up and let some old agitator die in custody? That’s not our fault — our job was to get him to jail and to keep him there. What happens to him inside has nothing to do with us.’ Even while passing the buck in these daily navigations, the teams depend on other teams. Like deck hands throwing ropes to port workers on the jetty, the investigators and arresting officers sail up with their bizarre chargesheets and laughable FIRs and fling them at institutions that will catch them with alacrity and quickly knot them around the thick bollards of injustice. And, then, Anil Sheikhratne and his team and their counterparts on shore stand there admiring their joint work. Complex characters all, they celebrate a job well done while pushing away the awareness that both ship and port are sinking.