The government has exhibited no urgency about the economic problems. Instead, the prime minister has promised that he will make India a $5 trillion economy very soon 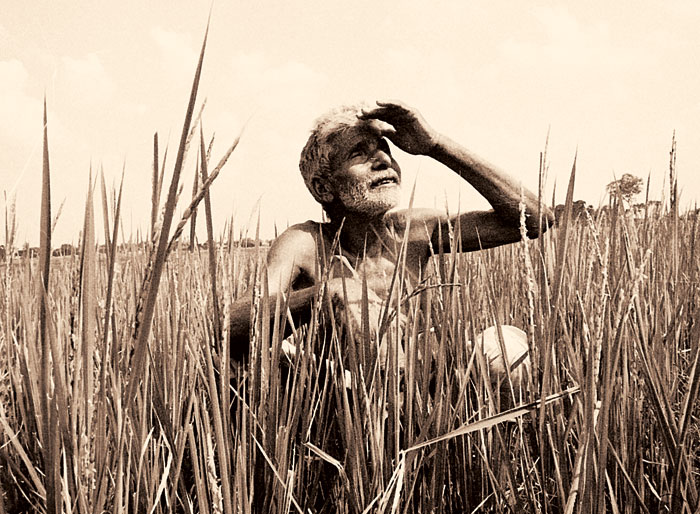 The agrarian distress, compounded by non-remunerative prices, low productivity and low incomes for farmers, has continued for more than three years now
From The Telegraph archives
Anup Sinha   |     |   Published 14.08.19, 03:28 AM

The attention of Indians has been largely concentrated on events in Jammu and Kashmir. Not much discussion has taken place regarding the passage of a number of bills in Parliament that essentially makes Indian citizens much more vulnerable to State scrutiny and its arbitrary powers to punish. Indian democracy is at a crossroads. In this Dickensian moment of the best and the worst of times in the realm of politics, there is gloom quietly descending on the Indian economy. Every sector appears to be in trouble. The agrarian distress, compounded by non-remunerative prices, low productivity and low incomes for farmers, has continued for more than three years now. Manufacturing growth is slowing down quite dramatically; core infrastructure industries are in the same position. The services sector is on tenterhooks as the future of the dynamic information technology enabled services sector is uncertain with the United States of America ready to cut visas for workers from this sector. Unemployment has been unusually high and growing. There is a strong pressure on the rupee, and foreign portfolio investment has been leaving the economy. International trade is fraught with uncertainty and tensions with the US-initiated tariff wars are beginning to take their toll on the world, including the US. There are early signs of a deep global recession on the horizon.

In India, the lack of demand, absence of animal spirits in investors and low public investments are all contributing to the small and medium enterprises experiencing losses and facing the possibility of shutdown. Debts are piling up, as are non-performing assets of the banking sector. Banks have naturally become more risk-averse and wary about lending. A few large corporations are doing reasonably well and it is their health that is preventing large slides in stock markets. Rather surprisingly, captains of industry known to be close to the ruling party have begun to voice their fears about the lack of growth, tax terrorism and rising burdens of debt. The tragic suicide of V.G. Siddhartha of Café Coffee Day has become a corporate metaphor of stress and anxiety in doing business and making profits. People who have been involved with economic policy-making in India, such as Arvind Subramanian and Rathin Roy, have flagged warnings that India is growing at a rate much slower than what the official statistics claim and that the economy is sliding into a low-growth, middle-income trap from which escape would be long drawn and difficult. The government has exhibited no urgency about economic problems. Instead, the prime minister has promised the nation that he will make India a five-trillion-dollar economy very soon.

There are many sore points in the economy. One can think of three significant short-term problems that need urgent attention. There are other long-term issues too where the economy has to be prepared for quick action that might be needed in the next decades for which effective planning must be done now.

The first problem is agricultural distress. The majority of farmers are small and marginal. Moreover, even as the share of agriculture, forestry and fishing in GDP has fallen from approximately 21 per cent to 13 per cent in the last 15 years, there has been no concomitant outward shift of the workforce from this sector. There are far too many people dependent on agriculture than it can support. However, alternatives in terms of migrating out of the sector are too few. Supplementary incomes are good in the short run, but basic income, such as the annual transfer of Rs 6,000, may be inadequate and prove to be a fiscal drain. Well-functioning land markets and better farm management techniques are urgently required. The fate of agrarian welfare is also tied heavily to how quickly the economy can create new low-skilled jobs.

The second problem is restoring the confidence of private investors and stepping up the flow of public investments. The finance ministry must appreciate that fiscal profligacy can be much less dangerous than an obsession with austerity. The Reserve Bank of India, on the other hand, must understand that bolstering the animal spirit is not about lowering rates of interest and the cost of borrowing. Low growth, high unemployment, absence of an economic policy road map from the government, overzealous taxmen chasing unrealistic targets — each of these factors can become catalysts for investor paralysis. If this paralysis had not been coming on over the past two years, then it might have been possible for Indian business to cash in on the confusion created by the trade war between the US and China and the trade gaps left by the feuding nations. It was a lost chance, and it has been grabbed by countries like Vietnam and South Korea.

The third area of neglect is education and health — a historical lacuna since Independence. Basic healthcare and primary and secondary education of globally accepted standards are a must for the labour force to be agile and trained to reap the benefits of the much-touted demographic dividend. The national spend on these two sectors has always been below par by international standards. It appears that the government is more concerned about children being taught a new history of India and alternative medicine being pushed in the name of science than about modern healthcare and education. Little wonder then that when children die by the hundreds, the minister concerned asks for the score in cricket. It is just one more example of inhuman neglect by the State.

The State is also supposed to be prepared for problems that have appeared on the horizon and could suddenly explode into disruptive confusion. The first area in which the economy is ill-prepared is managing future technologies that are arriving at an astonishing pace. The era of artificial intelligence and robotics will take away millions of jobs that employ low-skilled, low-paid workers like drivers and delivery boys. In the era of the highest unemployment in decades, this additional unemployment will be of disastrous proportions socially and politically. This new technology is not science fiction. It is here already, and will become widely accepted in one or two decades at the most. India will be stuck with a massive class of unemployable people.

The second problem that can create disruptions is the volatility of global financial flows. The volume of these flows grows exponentially every year and there is, as yet, no global regulator. Sudden shocks can cause economic damage unless the country has a low current account deficit for which the nation will have to increase exports swiftly and surely, with a systematic search for new products and new markets. The economy has been suffering from declining exports and a growing current account deficit for far too long.

Finally, India has the dubious distinction of containing some of the most polluted cities of the world. We do talk about climate change, and certain measures are being taken to move to a low carbon economy. However, India’s carbon footprint has been increasing rapidly and it is the third-worst polluter in the world after China and the US. It is also becoming clearer that climate variability has increased perceptibly and water famine is beginning to hit large parts of India.

The National Democratic Alliance government has been curiously silent about economic affairs. One reason could be that the last electoral campaign has demonstrated, beyond reasonable doubt, that economic affairs are of less importance and that national security trumps all other issues in the public imagination. Hence, while the nation is still applauding, new laws are being passed in Parliament by which dissent becomes prohibitively costly. The Indian State is dealing itself a royal flush. When citizens realize that their chips are really down, there will be nothing left to do but to take it.

Talk about the economy: Amit Mitra