Advertisement
Home / Opinion / Clear Suspect: Editorial on why an accusing finger is likely to be pointed at BJP

Clear Suspect: Editorial on why an accusing finger is likely to be pointed at BJP 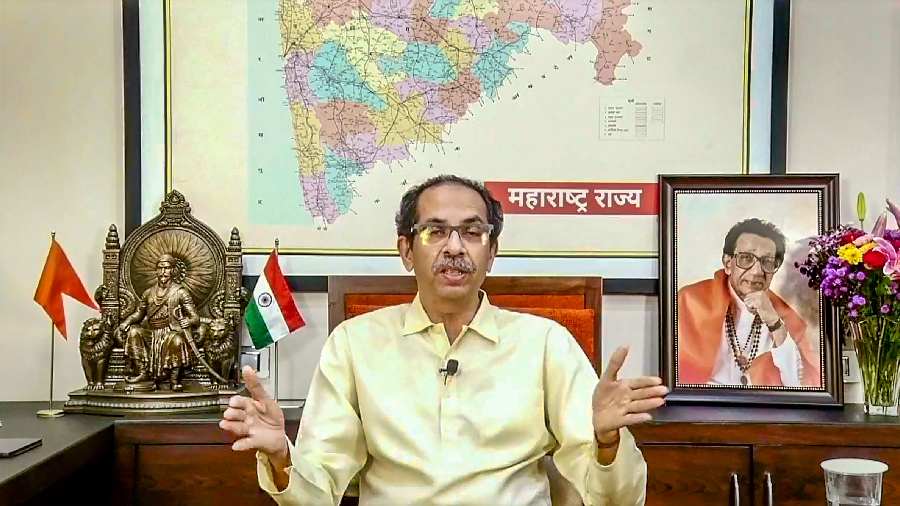 The BJP’s opponents — be it the Shiv Sena in this instance or the Congress on other occasions — continue to be vulnerable to such machinations.
The Editorial Board   |   Published 23.06.22, 02:50 AM

When the post-mortem of the political whodunit in Maharashtra finally takes place, an accusing finger is likely to be pointed at the Bharatiya Janata Party in spite of its protestations that it had nothing to do with the rebellion by Eknath Shinde that rocked Uddhav Thackeray’s boat. The evidence is circumstantial but telling. Mr Shinde’s rebel merry men found shelter in Gujarat and Assam, states ruled by the BJP; Devendra Fadnavis, forever eager to return to his kursi, held talks with his bosses in Delhi even as the crisis unfolded in his home state; strikingly, Mr Shinde apparently ruled out reconciliation unless the Shiv Sena returned to the BJP’s embrace. Most importantly, there is a motive. The BJP, slighted by the Sena’s decision to patch up an unlikely alliance with the Nationalist Congress Party and the Congress after the last elections, had been waiting to avenge its humiliation. It must be remembered that the BJP has also been guilty of toppling elected dispensations in Madhya Pradesh and Karnataka earlier: its bid in Maharashtra failed only because Sharad Pawar doused similar flames kindled by his nephew.

The all-too-familiar script exposes some deeper, sordid truths about politics in New India. The BJP, unmindful of the immorality of its predations, remains aggressive, eager to pursue its goal of establishing political hegemony. The next target, the whispers are, may well be Jharkhand. The BJP’s opponents — be it the Shiv Sena in this instance or the Congress on other occasions — continue to be vulnerable to such machinations. There are two reasons for this. First, these parties are beehives of feuding and schisms: all that the BJP needs to do is stoke these inner fires and engineer defections. Notably, their political leadership — Mr Thackeray is an example — invariably come up short when it comes to preventing such fissures. Second, these inner fault lines indicate the triumph of personal ambition over ideology. It is their ideological rot that has repeatedly left egg on the faces of the BJP’s adversaries. Worse, there seems to be public consent for this kind of sabotage. In Karnataka, the rebels went on to win the subsequent by-elections. Even though the mandate of the voters is abused by defection, the prevailing sentiment seems to target not the BJP — the instigator — but the victims of machination — political parties that fail to protect their flock. Little wonder then that these are topsy-turvy times in India.