Chronic gaps in health and justice 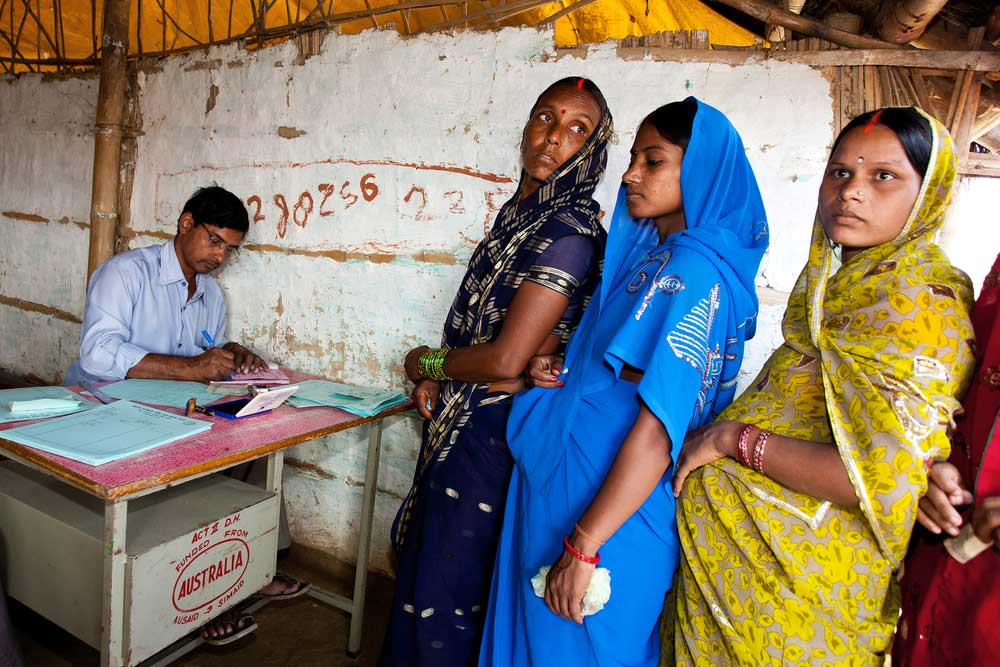 Chronic payment delays under the Pradhan Mantri Matru Vandana Yojana are the norm. Instalments are often received after pregnancy and the initial months of breastfeeding. This is the period when additional nutrition and rest most improve maternal and child health
(Shutterstock)
Vanita Leah Falcao, K.C. Sachin And Sabhil Nath Painkra   |   Published 08.10.19, 08:19 PM

Malti Devi (name changed) gave birth to her first child in May 2017. She submitted an application for the Pradhan Mantri Matru Vandana Yojana three months later. The PMMVY is a Centrally-sponsored conditional cash transfer scheme that guarantees women Rs 5,000 for their first live birth. This amount is disbursed in three instalments during and immediately after pregnancy to enable women to rest and access better nutrition. Adequate nutrition and rest contribute significantly to the health of the mother, the development of the foetus, and in preventing premature delivery. Malti Devi has waited for over two years. The period in which she was meant to receive the PMMVY entitlement has long passed, but she has not received a single instalment.

Chronic payment delays in the PMMVY are the norm. A qualitative study by the authors in Manika block in Latehar, Jharkhand, in June 2019 revealed that despite applying with mandatory documentation, the entitlements of many women are pending. The instalments are often received after pregnancy and the initial months of breastfeeding. This is the period when additional nutrition and rest most improve maternal and child health.

The PMMVY is implemented in four steps. Potential beneficiaries apply for the PMMVY by submitting their application forms to the anganwadi worker. Guidelines recommend beneficiaries to apply for each instalment immediately after the fulfilment of the respective conditions. However, simultaneous submission of all three forms within two years from the start of the pregnancy is also permitted if sequential submission has not taken place. Despite the directive issued in the PMMVY guidelines, the general practice amongst anganwadi workers in Manika is to simultaneously submit the forms for all three instalments once the child has received the first round of immunizations. They justified this practice by stating that it is inconsequential whether the forms are submitted in sequence or simultaneously since payments are delayed. Applying for the three instalments simultaneously results in over half of the permitted application period passing without the application process being initiated. The loss of these days is crucial when one accounts for information gaps at the local level, difficulties faced in opening bank accounts or obtaining Aadhaar cards, and such cultural practices as women visiting their natal homes after delivery.

Once applications are submitted to the anganwadi worker, she submits them to women supervisors at the block level. These forms are then digitized via the PMMVY-Common Application System and simultaneously verified. Digitization of applications is not possible when proof of fulfilment of conditions or mandatory documents are missing. Digitization also fails when PMMVY-CAS generates inexplicable error messages despite correct information being entered. In such cases, applications are not entered into the online system and there is no digital record of them.

When an application is successfully digitized and registered on the PMMVY-CAS, the information provided is verified with the information present in the Unique Identification Authority of India database as well as the Public Fund Management System. If no error is detected, the application is forwarded to the payment queue for approval. Once the sanctioning officer at the block level and the state nodal officer have granted approval, the payment is made via PFMS to the applicant’s bank account. If an error is detected, either at the verification or payment stage, the application is sent to the ‘correction queue’. This is a list that contains the details of the beneficiary, the error, and suggested corrective action. The supervisor uses this list to inform the respective anganwadi worker about applications that need further action.

In Jharkhand, around nine per cent of the digitized applications are forwarded to the correction queue as opposed to five per cent at the national level. To understand the nature of the errors and the process to correct them, we took a closer look at the correction queue in Manika and found that the details of the error provided and the suggested corrective action are not precise. Further, we observed that the default corrective action undertaken by programme functionaries is to have applicants resubmit their documentation.

From January 2017 till June 2019, nearly 80 per cent of the applications in the correction queue in Manika were due to a mismatch between the name of the beneficiary or that of her husband and the name on their respective Aadhaar cards. The suggested corrective action was that the operator re-enter the information as per the Aadhaar card. However, we found that typographical errors during digitization alone was not leading to such an error. For instance, we met Sunila Kumari (name changed) whose name had been misspelt as ‘Kumarii’ on her Aadhaar card. As a result, the system was detecting a discrepancy between her bank account details and those in her Aadhaar card. The default action of resubmitting documentation and repeated attempts to digitize her application would not resolve the error. Applicants are often unaware of the reason for the denial of their entitlements. Anganwadi workers and block-level functionaries are also unable to provide explanations for the delays.

There is an urgent need to address chronic delays in PMMVY payments. Greater awareness about the programme and transparency in its functioning are as crucial as easy access to information regarding the status of applications, payments and precise errors occurring during digitization and further processing of applications. Given that the PMMVY-CAS is administered at the national level and is linked to centralized payment and biometric identification databases, proactiveness on the part of the ministry of women and child development is necessary for reforms.