There are no escape routes: Post-Covid manufacturing sector 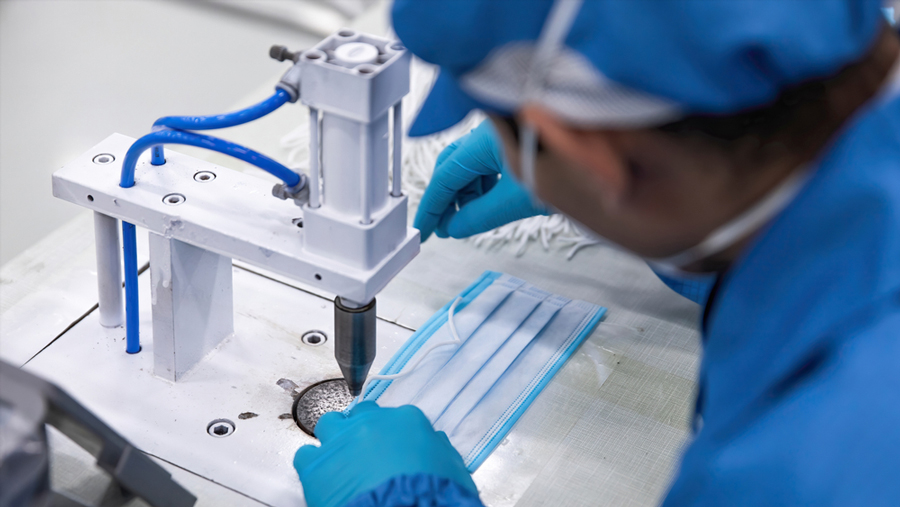 Hit by the slump that’s become the norm across the world, a manufacturer of electric vehicles decided to diversify into the product that is now ruling the world: masks. Having bagged a massive order from California, the company got labour from its other plants and production started in full swing. But it came at some cost: in four months, five workers died and one lost his hand when he tried to retrieve a mask stuck in the machine. Was he stupid to disregard safety procedures? His fellow workers will never know because, as they wrote on social media, they could not stop production to see what had happened to their colleague.

Not all five deaths in this mask factory were during production. One worker died when the elevator in his dormitory collapsed while he was in it. Others died in scuffles with one another or with security guards. Violent ruffians? Maybe. But working from 8 am to 8 pm with an hour’s break for lunch, covered from the tip of their heads to their toes, and getting just one day off from March to mid-June, might just have made them so.

The hour-long lunch break seems generous. But imagine 5,000 workers undergoing the extra checks required on account of Covid-19, the very disease that had given them this opportunity to earn. Half an hour goes in queuing up to enter the dining room. So some of them just prefer to have snacks and rest.

Is this the scenario envisaged by our government when it talks of India replacing China as the manufacturing hub?

These workers must count themselves lucky in earning enough to sustain their families. That is more than can be said about a substantial section of Chinese workers post-lockdown. August saw as many as 51 protests by workers across the country for salary arrears, mostly on construction sites.

Contrast this with the comfortable situation in which the residents of Macau — a Specially Administered Region of China — find themselves. From the start of the lockdown, the local government has given every citizen of this picturesque little port city — including every Chinese from the mainland who works there and possesses a resident permit — an allowance of 1,000 Macanese patacas (approximately Rs 9,100), which will continue till December.

But even if you have no resident permit, you are better off than a worker on the mainland. Macau’s economy depends on casinos and tourism, and neither of these survived the lockdown. However, there were no layoffs, thanks to a stern warning from the local Gaming Inspection and Coordination Bureau. Nor were there any salary cuts for workers.

Smaller establishments, however, have found a way out: leave without pay. “My salary was low already,” wailed Suyin, a supervisor at a Chinese restaurant who does not have a Macau resident permit, “now it’s worse. We hardly get any customers, so the boss makes us take four or five days of leave without pay every month.” Travel restrictions within China have been removed, but the 14-day compulsory quarantine for those travelling to Macau from the mainland has kept visitors away. Suyin has found a solution: she is off on a 10-day holiday to her hometown in Hunan to celebrate her mother’s birthday. If she must take leave without pay, she may as well enjoy it.