China: A belligerence linked to Tibet and Pakistan

PART 3: India is deeply concerned over Beijing tapping her water sources in Tibet 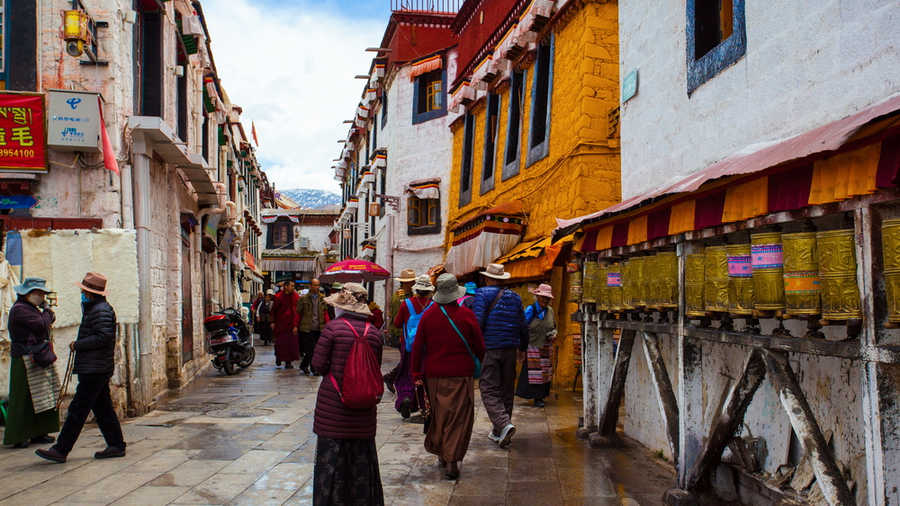 The Indo China dispute remains primarily related to Tibet and the Chinese failure to assimilate Tibetans into their mainstream civilisation due to continuous repression. Consequently, Indian support to the Tibetans and relations with the Dalai Lama and the Tibetan refugees is looked upon with great suspicion. In 1909, the then Dalai Lama fled to India when the Manchus invaded Tibet and he returned to Tibet after three years to push the Chinese out and declare Tibet independent. China has never forgotten this since India has given the Dalai Lama and more than a lakh  Tibetans asylum. India has also allowed the Tibetans to set up a Government in Exile at Dharamsala; upgraded the level of dealing with the Tibetans from under secretary to that of a joint secretary and arranged meetings between the Dalai Lama and the Indian foreign secretary/government. As far as China was concerned, this amounted to recognition to the Tibetan Government in Exile – a blatantly anti-Chinese act. India also allowed Tibetan leaders to have a conclave at Dharmsala, where the Chinese claim rebellion is repeatedly plotted.

This led to direct Chinese anti-India rhetoric, particularly when the Indian PM was to visit Arunachal, and a reversal in her previous agreement with India for “Resolution of the dispute without disturbing settled populations” in 2005 – an extremely retrograde step. Even the Tibetan rebellion in Sinchuan and demonstrations at Delhi over the meeting between the two countries’s special representatives for the border talks were reported adversely by China. China has now declared Tibet a core interest for full assimilation into the Middle Kingdom.

It must be understood that the Dalai Lama has demanded autonomy for not only Tibet but also all areas of greater Tibet – almost a quarter of China. The terms of autonomy demanded by the Dalai Lama almost amount to independence. With all the international attention Tibet is now getting, China is most upset and is prepared to go to any lengths to prevent Tibet from breaking away.

China’s support to Pakistan, setting her up as a proxy to deal with India, and her recent induction of large numbers of the PLA into the Northern Areas (NAs) of Pakistan, thereby posing a further threat in Ladakh and J&K, the China Pakistan Economic Corridor (CPEC – part of China’s One Belt One Road policies) and her re-iteration of her claims to Arunachal, are now major irritants. Chinese continued support to Pakistan against India’s allegations of her propagating terrorism in India; Chinese blocking India’s entry into the UN Security Council and the Nuclear Suppliers Group has not helped matters. These have been further compounded by a perception that India is joining hands with the US, Japan, Australia, Vietnam, Philippines and South East Asia, in a perceived strategic alliance against China – all the more so after the Indo-US Nuclear Deal and Strategic Partnership. The issue of India now acting East; being part of the “Quad” to police the South China Sea, China’s trade routes and becoming a trade and scarce natural resources competitor; disputes over the Chinese damming and thinking of diverting Ganga and Brahmaputra river waters in Tibet, have also complicated relations, in spite of the surge in Sino Indian trade. There is also the fact that Arunachal and Ladakh have tremendous natural resources that China is of late eyeing. China’s fiasco over spreading the coronavirus all over the world and India joining hands with the rest of the world against China on this issue along with all the above issues have only added fuel to the fire in relations between India and China.

China began to provide nuclear assistance to Pakistan in the early 1980s. It also provided assistance in Pakistan’s ballistic missiles programme. Even after the signing of Nuclear Non Proliferation Treaty and Comprehensive Test Ban Treaty, China has continued providing nuclear assistance and missile technology to Pakistan. In 1994, China sold unsafeguarded ring magnets to Pakistan to enrich uranium. Pakistan’s nuclear bomb is, alleged to be, based on the Chinese blueprints. China also helped Pakistan to set up the civilian nuclear plants, Chashma I and Chashma II. Pakistan has now deployed large numbers of troops in the NAs in support of China.

China and Pakistan conceived the China Pakistan Economic Corridor (CPEC) by upgrading the existing Karakoram Highway from Xinjiang via Gilgit-Baltistan and linking it to of Gwadar Port (also being developed by China). thereby giving China access to the Arabian Sea. The project included building a rail link and a gas pipeline to transport Iranian gas. This would also improve connectivity between landlocked Xinjiang and Pakistan/the sea. The Karakoram route is already in use for transferring all sorts of illicit materials including Chinese missiles to Pakistan; North Korea reportedly received Uranium enrichment equipment from Pakistan through this route. This route is now being converted into the CPEC– which was objected to by India on grounds that it runs through POK/NAs, without Indian permission and that it is not in India’s financial or strategic interests.

India is deeply concerned over China tapping her water sources in Tibet. Three major Indian rivers rise in the Tibetan - the Indus, the Ganges, the Brahmaputra. The Chinese government has commenced work on a controversial South to North Water Transfer Project, which entails three man-made rivers channelling water from the Tibet to China’s arid north to provide water for human consumption, farming and industry. This diversion will mean that the amount of water in the Indian rivers would fall, affecting India's northeast and Bangladesh. As the downstream nation, India is likely to be at the mercy of Beijing with regard to these river waters which could become a genuine threat to national security and another flashpoint for conflict.

China’s search for naval bases and facilities in Bangladesh, Myanmar, Sri Lanka, Maldives, Africa, Pakistan and ASEAN virtually hems in India from all sides with long-term implications for India’s maritime security. China claims its “String of Pearls” strategy is geared to protecting the sea lines of communication to secure vital energy supplies for itself. India, however, sees the strategy as not only significantly boosting Chinese naval capabilities in the region where India has vital strategic, geopolitical, economic and energy interests, but also encircling India across its maritime borders.

One of India’s responses to China’s presence in the area has been the integrated Andaman and Nicobar Command at Port Blair and to beef up its naval capabilities. It caused anxieties in Beijing with regard to security of its energy shipments, and particularly so when Indian Navy sea and air units commenced coordinated patrols with Indonesian Navy, Thailand and others along the maritime boundary. China’s strategic energy supplies are most vulnerable in Malacca Straits. This has led Beijing to make conscious efforts to engage Kuala Lumpur and China signing a defence MoU with Malaysia - the first of its kind with any Southeast Asian country.  China’s new strategy, “far sea defence,” and the speed with which it is building long-range capabilities, according to China, is that they want warships to escort commercial vessels that are crucial to the country’s economy, from as far as the Persian Gulf to the Strait of Malacca, in Southeast Asia, and to help secure Chinese interests in the resource-rich South and East China Seas.

Tomorrow: What needs to be done to resolve the situation with China

China: claims, intrusions in Ladakh, Sikkim, Bhutan and the NER