DELHI DIARIES | Akhilesh Yadav, not interested in reviewing reasons for the back-to-back defeats; Devendra Fadnavis having no inkling of the sudden twist in the tale 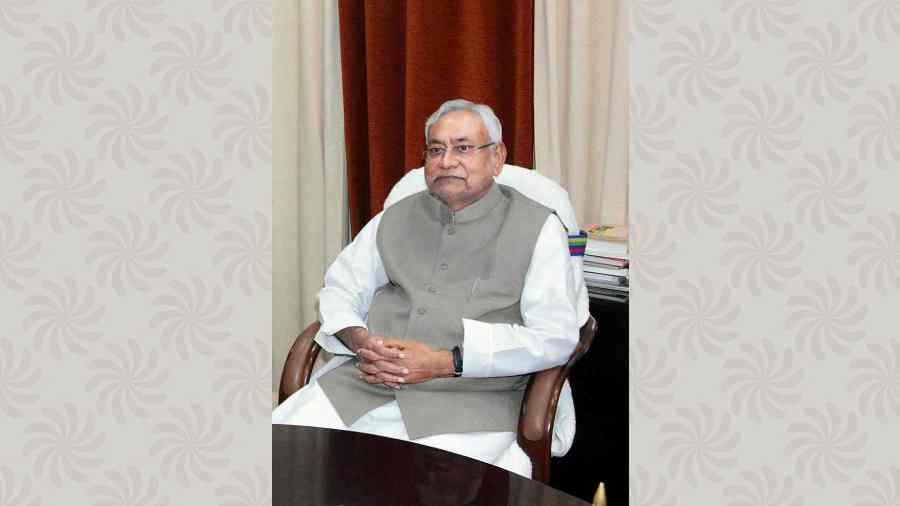 • Agnipath protesters in Bihar burnt trains, vandalised railway porperty, blocked traffic and attacked Bharatiya Janata Party offices, leaders and their houses. The fury of the youth over the four-year contractual recruitment in the armed forces singed the state while the police were virtually twiddling their thumbs for three days. The chief minister, Nitish Kumar, who heads the home ministry that controls police was silent too. The violence was escalating and there seemed to be no end to it. But everything changed quite suddenly when the police went out fully prepared and in large numbers and even countered people indulging in arson, vandalism and stone pelting, and the situation came under control within a day. Sources said that the Union home minister, Amit Shah, telephoned Kumar and gave him a mouthful when the protests became too much and then the action started. A bitter war of words also broke out between the ruling allies, the BJP and Kumar’s Janata Dal (United). “We are also in the government, but we felt that some people deliberately kept quiet to bake their bread in the flames coming out of our party offices. Our top leaders were very angry,” lamented a senior BJP leader from Bihar. He asserted that Kumar avoided president’s rule by a whisker. Nitish, though, is still silent on the issue.

• Three months have passed since the BJP defeated the Samajwadi Party in the Uttar Pradesh assembly elections and it has been a while since it snatched the Rampur and Azamgarh Lok Sabha seats, which were considered SP fiefdoms. But Akhilesh Yadav, the SP chief, does not appear interested in reviewing the reasons for the back-to-back defeats. Meanwhile, the BJP has held two meetings since the assembly elections to strategise for the 2024 Lok Sabha polls. Some people allege that Akhilesh prefers biking with his children after 6 pm instead of meeting his party members. Some disgruntled party members have said that the SP boss should take suggestions from his father and party founder, Mulayam Singh Yadav, to revive the organisation. But family insiders claim that it is Mulayam who has spoiled his son. “After winning the Assembly election in 2012 and taking over as CM, Akhilesh had decided not to take any security and move in the state in an open jeep to directly connect with the masses. When Mulayam heard this, he called Akhilesh and told him that he was born to rule and enjoy, and not to take unnecessary pain,” said a source close to the Yadav family, while reminding that Akhilesh didn’t even campaign in the recently held by-polls for Azamgarh and Rampur.

What’s in a name

• Sycophancy has no limits. Each of Bihar’s districts will have ideal, smart localities named ‘Modinagar’ and ‘Nitishnagar’ after the prime minister and chief minister, respectively, to provide residential land to the poor. But the revenue and land reforms minister and BJP leader, Ram Surat Rai, did not elaborate on why the same name will be used everywhere or whether any thought had gone into the confusion that the identical names in every district will create. Sources in the saffron party revealed that Rai runs the risk of being dropped from Kumar’s cabinet: “so now you can understand why he has dished out huge dollops of butter for both the leaders. Let us see if it helps,” the BJP leader said.

• BS Yediyurappa just does not seem to sit idle. When he is not engaged in party politics, he is travelling. But this time the 79-year-old BJP leader is spending some quality time with his family, holidaying abroad. He has visited the Maldives, the United Arab Emirates and a few European countries in the last few months after he was forced to quit the CM’s post. Yediyurappa’s travel list also included a trip to London to see the statue of Basaveshwara, the 12th-century reformer-saint and the founder of the Lingayat belief system.

• Luck seems to have run out for the Kerala CM, Pinarayi Vijayan, who is being chased by one controversy after another. While even some of his adversaries might question the credibility of the allegations levelled against him, the fact of the matter is that he is losing sleep. A prime suspect in a gold smuggling case alleged his involvement in the case. While central agencies that dug deep for two years couldn’t find anything on Vijayan or his family members, at least a bit of the mud being flung by the prime accused, Swapna Suresh, has stuck. With only the Left media to back him, Vijayan is a man under pressure.

• The PM and the Union home minister are known for stunning even senior party leaders with their unusual political moves. The decision to make the Shiv Sena rebel leader, Eknath Shinde, the CM was one such. The buzz in party corridors was that Devendra Fadnavis had no inkling of the sudden twist in the tale, till the last moment.

• The Modi-Shah has not yet visited Assam, even though 173 people have died in the floods. Of these, over hundred have died since June 14. The Assam PCC general secretary (administration) was caustic while pointing out that Modi frequently visited Assam to ‘seek votes’ but did not get time to remember us during this disaster. The Assam CM, Himanta Biswa Sarma, asserts that more necessary than a visit was to help the state which they were doing by providing all kinds of assistance. The Opposition remains unimpressed.