The emotional roller-coaster of a Daniel Craig fangirl 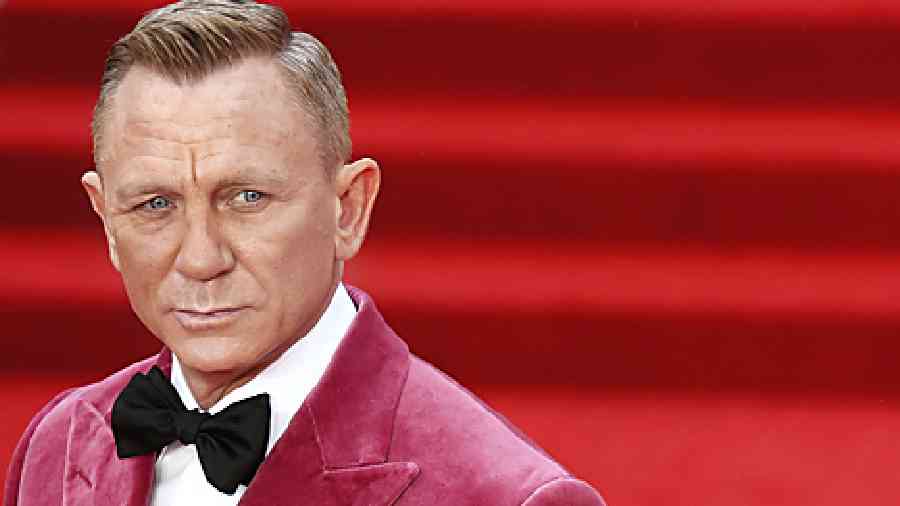 I woke up one morning recently to the following message from a friend: “This is particularly for you to know. Daniel Craig performed Macbeth yesterday. My cousin was there.” Accompanying this earth-shattering piece of news was the picture of Craig emerging after the performance from the doorway of what was a favourite pub of mine in Calcutta. Daniel Craig was in my city and I had missed it.

I broke down, for several reasons. One, I love Daniel Craig and am one of those who think that he is the best Bond, which will make SeanConneryists want to feed me to the dogs, but do I care? No one broods like my Daniel. His brooding has a shimmering, glimmering quality about it. It is about death and desire. The blue fire of his eyes, burning slowly with inner turmoil and stealthy passion and conflicting emotions, added to the absolute perfection of his form, makes him as exquisitely crafted as a Shakespearean sonnet and here he was playing Macbeth and I had missed him. Two, my friend, who lives in Bengaluru, is far better-informed than me about everything, including what is happening in Calcutta. I often call her in her city for directions to a Calcutta address. It was her duty to let me know. So this, from her? What had I done? If I had, revenge should be served cold, not Daniel Craig. Three, what were my other friends doing? Four, as a journalist, how could I have missed the biggest international celebrity in town since Princess Diana? I was reminded again of what a failure I was.

I poured my heart out to my friend. I messaged her back. For some time I did not get a response. Then I heard hysterical laughter, as much as is possible to hear it through messages.

“Arrey dhyat,” she said, “ami goragori khachchhi (rolling on the floor). This is NYC Broadway. Not Calcutta.”

In my moment of despair I had also poured my heart out to several other friends. Now the chorus of laughter and the flow of smileys in my WhatsApp inbox was unbearable. I closed my eyes, blocked my ears and tried to calm myself, focusing entirely on Daniel Craig. “For this is the end/ I’ve drowned and dreamt this moment/ So overdue, I owe them/ Swept away, I’m stolen/ Let the sky fall/ When it crumbles/ We will stand tall/ Face it all together... Let the sky fall…” Daniel and I, till the end.

But the fact is, for a moment, Daniel Craig was in Calcutta. I am delusional, and provincial, and the episode shows me in a cruel light, but the spot where Daniel was photographed had looked like my favourite Calcutta pub, the New York skyline like central Calcutta’s because the tops of buildings do not indicate what lies below and the crowd around Craig, which on closer inspection turned out to be mostly white, had appeared to be sprinkled with foreigners visiting the city dropping in to see a Hollywood icon. These days many Indians can be mistaken as white, even blonde. James Blonde, naam to suna hi hoga.

The light of a digital image can make anything look like anything and New York can switch into Calcutta, with a little suspension of disbelief. Besides, as my teenage daughter says, it is possible to lead a perfectly American life in Calcutta, 24x7.

You only need to know the right brands, shop online and watch Netflix.  So Daniel Craig was here. Everyone missed him, except yours truly.