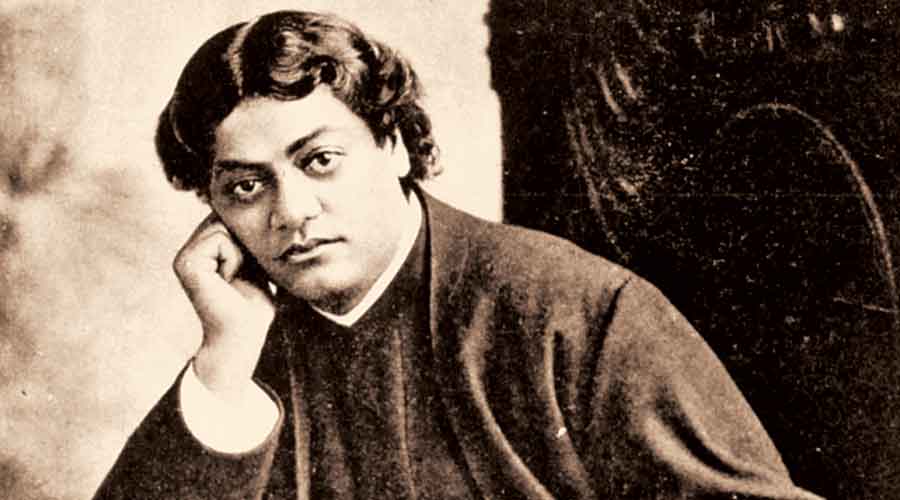 ‘God is Truth’; or should it be ‘Truth is God’? Swami Vivekananda and Mahatma Gandhi had swapped the subject and predicate of the classical statement, ‘God is Truth’ and proposed ‘Truth is God’ instead. One way of understanding this reversal is as ‘A is A’, a mere repetition, an endorsement of the past without adding anything new.

Reversal as restatement is a way of adding something new. In this instance, while the identity between God and Truth is retained, the subsequent is moved and made antecedent — the back moves to the front and vice versa. The context reveals the novelty of this reversal. The context here is the decline of religion in the West with the advent of modernity. Modern ideas based on reason posed a severe threat to religion. Convinced by the claims of modernity, people started moving away from god.

These developments in the West had a profound impact even on Indian society. For instance, the young Vivekananda, then called Narendranath Datta, was also personally affected by these developments. Brajendra Nath Seal, his classmate at General Assembly’s Institution, Calcutta, recalls that the reading of Three Essays on Religion by the modern philosopher, John Stuart Mill, had “upset” Vivekananda’s “boyish theism and easy optimism”. His “study of Hume’s scepticism and Herbert Spencer’s doctrine of the Unknowable” assumed in him the “form of a settled philosophical scepticism”.

Now Indians could either reject religion and follow the modernists or reject modernity and continue to adhere to the orthodox path, maintaining the status quo. However, these two mutually exclusive options were not available to all Indians, especially those who were part of the Indian freedom struggle. Modernity was introduced to India by the British colonists. Therefore, accepting modernity, even tacitly, would mean accepting colonial rule.

While the very instruments of modernity were used by the British to enslave India, it was, at the same time, impossible to reject modern science outright and ignore the tangible benefits of technology and industrialization. It was equally challenging to reject the radical political ideas of equality, freedom, liberty and democracy that are more acceptable and liberating than the alleged traditional values of rigid hierarchy and discrimination.

This was the context to the reversal of the traditional statement, ‘God is Truth’, which makes accepting God a prerequisite to accessing Truth. Therefore, a decline in the number of believers in God will impact the number of people who can access the Truth.

While truth-seekers may reject religion, no religion rejects truth. So instead of removing God, Vivekananda and Gandhi moved Truth to the front without lowering the position of God, thus shielding God from the vulnerability created by modernity. This strategy was inclusive and facilitated more openings — both believers and non-believers are included within the spectrum, at least in principle. Only those who did not believe in truth were outside the purview of this statement. Many who were non-believers but followed the principle of non-violence — like Gora Sastry — would not find a place in the classical formula of ‘God is Truth’ but were included in its reversal, ‘Truth is God’.

In addition, this reversal shifted the debate from God to Truth. Different approaches or versions of god are practised across different religions and within each religion, especially in India. In addition to finding common denominators like devotion and love, or the concept of ‘True God’ like Bankim, focusing on truth eases the difficulties of dealing with diversity. Differences about truth are more accessible to negotiation than trying to reconcile disagreements about the different approaches to god.

This reversal, seen as a restatement, reveals the sensitivity of these thinkers to the complex contemporary context and demonstrates their cognitive competence and active presence of mind. It also shows their ingenuity in exploring and formulating alternatives. Unless this complexity is carefully studied and the reversal highlighted as an ingenious response, there is a danger of disregarding these significant contributions of modern Indian thinkers as mere reiterations of the past.

Highlighting the reversal as a restatement need not be taken as an endorsement but as an invitation to analyse and evaluate it critically. This is necessary for several reasons. An assessed contribution provides more clarity, directing our attention towards and enhancing our understanding of contemporary India.

This can considerably reduce our tendency to depend on concepts from the modern West that are not informed by the complexity of Indian society. While borrowing ideas from outside is desirable, there is a difference between borrowing what we do not have to fill a gap and borrowing despite having the ability to build our resources. Based on the works of Ashis Nandy and Akeel Bilgrami on Mahatma Gandhi, J.L. Mehta on Sri Aurobindo, and Alam Khundmiri on Mohammed Iqbal, we can build intellectual scaffolds to these modern attempts to make them readily available for use.

Further, these thinkers cannot be balanced without this intellectual exercise. Their admirers will brand them as celebrities and their critics as traditionalists when the truth lies in between these extreme claims. The process of branding can lead to two further consequences. These claims can produce more noise than understanding, eventually becoming an obsession that can only lead to dead ends. These contradictory consequences can dismantle the efforts of modern Indian thinkers and destroy our knowledge of modern Indian society. It is, therefore, necessary to closely study even other contemporary Indian thinkers, mainly because they have many admirers and critics.