Can Germany save Europe? 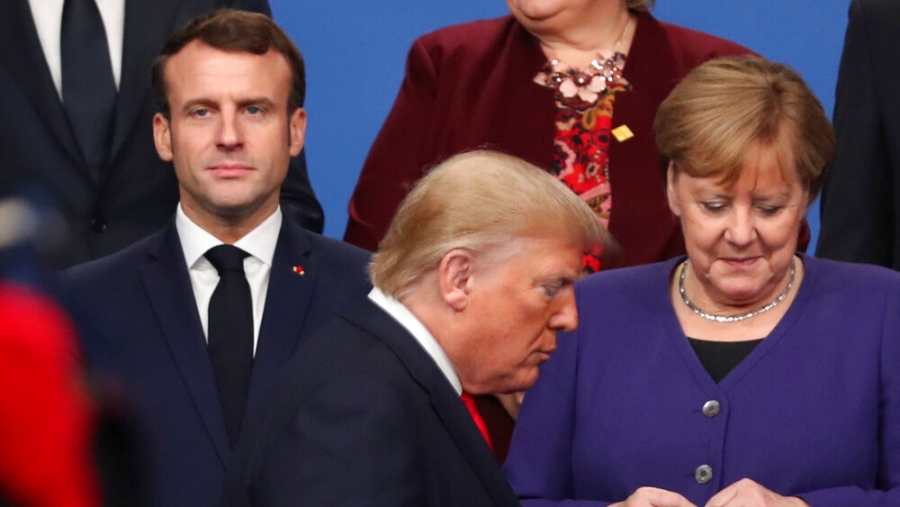 The other day, I had a dream. I dreamt that I was sitting on a beach in the summer of 2030 and looking back on how Germany had saved Europe.

The German chancellor had brokered a European recovery package after the Covid-19 crisis of 2020 with large grants and loans to help hard-hit south European economies, drawing on shared European borrowing. Europe’s central power had maintained constructive relations between the European Union and post-Brexit Britain, helped the citizens of Poland and Hungary to defend liberal democracy, confounded Vladimir Putin by seriously committing to a common European energy policy, used the regulatory power of the EU to curb Facebook, shaped a common strategy towards China and made a world-leading example of Europe’s green new deal.

All this Germany had done by working as ‘first among equals’ with other European countries, while partnering with the United States of America and other democracies around the world. In realizing this ambitious agenda, it had kept its civilized, consensual style of politics and the support of its own people. What an achievement for Germany and Europe at the beginning of the 2030s. What a contrast to the beginning of the 1930s.

My daydream was prompted by the €1.8 trillion, seven-year EU budget and recovery deal brokered by Chancellor Angela Merkel, along with President Emmanuel Macron and the EU’s institutional leaders in a marathon summit last month. The door to this breakthrough was opened by a major shift in Germany’s position, accepting the need for fiscal solidarity. Last year, I so much despaired of major change coming from the grand coalition government in Berlin that I argued the only way to get essential reform in Europe was for that government to go. History proved me wrong in the way history has a habit of proving everyone wrong — through a totally unexpected development.

With what Hegel would call the cunning of reason in history, Germany’s long overdue shift was precipitated by a previously unknown virus of Asian origin and a ruling of the German constitutional court. The former made it clear even to a sceptical German public that south European countries were suffering from a disaster, which no one could say was their own fault and, therefore, deserved economic solidarity. The latter, firing a warning shot over the bows of the European Central Bank, made it clear that everything could not be left to the monetary policy of the bank. A Europe-wide fiscal response was needed as well. Precisely as I dared to hope in a commentary earlier this year, Merkel has seized the opportunity with both hands. Hats off to her.

But there are also longer-term developments underpinning my hopeful dream. Berlin now has a critical mass of politicians, officials, journalists, think tanks and foundations who are thinking hard about what Europe’s strategy should be — and not just for the current German presidency of the EU. If a black-green (CDU/CSU-Green) coalition government emerges from next autumn’s general election, that will only strengthen its European commitment. In the European Council on Foreign Relations’ recent EU-wide survey of foreign policy professionals, 97 per cent of those asked said Germany is the most influential country in the EU and 82 per cent identified it as the ‘most-contacted’ country. In Europe, Germany is the indispensable nation.

Yet, awoken from my daydream by a cold shower of rain, something the British summer is always happy to provide, I see two major difficulties down the road ahead. Ever since the first unification of Germany a century and a half ago, the country has wrestled with the problem of what Kurt Georg Kiesinger, a Federal Chancellor in the 1960s, called its “critical size”. His near-namesake, Henry Kissinger, put it more pithily: “too big for Europe, too small for the world”. Kissinger’s formulation is brilliant but not quite right. Germany is too big to be just another European country, but it’s not big enough to be a hegemon even in Europe, let alone in the world.

So however wise a German strategy may be, it cannot be realized without a set of international partners. The giant challenges of climate change and the emergent authoritarian superpower China — which is to the early 21st century world what Wilhelmine Germany was to early 20th century Europe — cannot be addressed unless you have the US under a President Joe Biden returning to a constructive internationalism and the strategic engagement of powers like Australia, Japan and India. Europe’s own problems cannot be solved without the active involvement not just of France and Spain but also of Italy (understandably preoccupied with its own internal problems), Poland (currently peddling an archaic anti-German line), the Netherlands and others. For foreign and security policy, Europe also needs the clout of Britain — which is the big strategic reason for Merkel to try to broker the Brexit deal which I believe still can be done this autumn.

The other great unknown is German public opinion. On the face of it, there seems to be a solid pro-European, internationalist consensus in German society. But underneath, there are some worrying trends. The outside world is always alert to any possible revival of a Greater Germany tendency, yet more prevalent is still the Greater Switzerland tendency: just leave us alone to be rich and free. The German stereotype of south Europeans in the Eurozone scrounging off virtuous, hard-working north Europeans has not simply disappeared. The way electoral support surged for the xenophobic nationalist Alternative for Germany following the refugee crisis was a worrying sign. So are well documented reports of far-right sympathies in the military and security services. And contemporary German society has not gone through the test of really hard times at home.

To be denounced by Donald Trump as “delinquent” must be infuriating, but the emotional extremism of German alienation from the US goes far beyond eminently rational anti-Trumpism. A real ideological and geopolitical myopia is revealed in the finding of a recent Körber foundation poll that only 37 per cent of Germans think having close relations with the US is more important for Germany than having close relations with China, while a staggering 36 per cent say it’s more important to get on with China and another 13 per cent favour equidistance.

Germany cannot simply conjure up the necessary international partners, but this is something in its own hands. As a distinguished former German ambassador to China, Volker Stanzel, has argued, foreign policy can no longer be left to the elites. It needs to be anchored in a much wider process of education and democratic debate. That’s all the more true because due to the country’s ‘critical size’ and the shadows of its past, the international role that the German public needs to understand and support is this  historically unusual, difficult, carefully balanced one. For Germany can never be the prancing hegemon; just the steady, skilful football midfielder who keeps the whole team together — and doesn’t even get the applause for scoring goals. Yet sometimes, those midfielders are the true heroes of the team.

Germany: nice and stable too long