Advertisement
Home / Opinion / Boys to men, a long march of Bottoms past

Boys to men, a long march of Bottoms past

Have you noticed how after the “affair” has blown over, suddenly the object of affection/infatuation loses lustre? 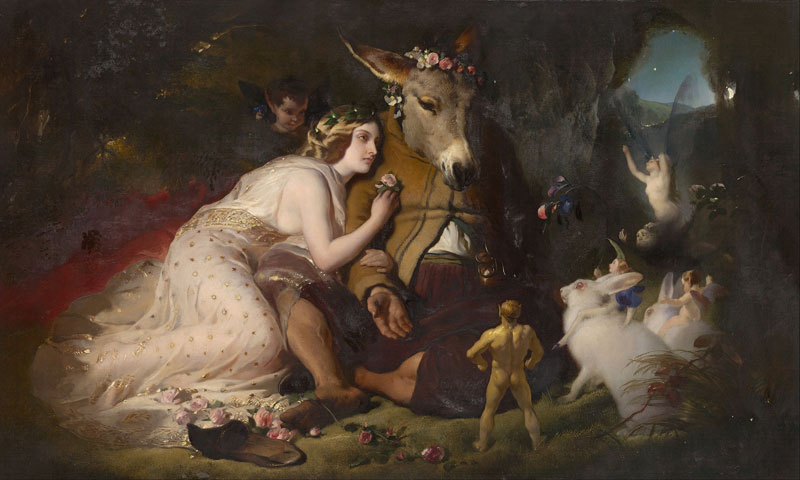 The best love affairs are those that remain stuck between ifs and buds, are loath to blossom. Long years later, when you have developed the stomach and nerve to settle down to watch your own life stream through the consciousness, pop corn in hand, you can spot the easy misses. Could he have meant this instead of THAT? Awww. Could he have actually done with a little encouragement? Nooo. Why did I go for him and not the shy, nerdy friend? Sigh!

And have you noticed how after the “affair” has blown over, suddenly the object of affection/infatuation loses lustre?

I remember how at 13, I was enamoured of this dude, not for his lean lanky frame or the single pock mark on cheek, but because he pronounced thirty “thad-dee”. One summer, I played hundreds of games of dog and the bone just to hear him say thad-dee, again and again. And then, one evening as the realisation began to flicker that thad-dee was not entirely impervious to my ways, blustering and semi-triumphant I tried to show off by catching a frog with my bare hands. “See, Rana tigrina,” I purred at him. He looked horrified and, soon after, went away to boarding school.

School romances of the pre swipe-and-match days had their own flavour, especially if there was a boys’ school and a girls’ school in the same neighbourhood. In the small town missionary school I attended, we were constantly reminded of our sisterly affections, their brotherly duties. At such a time, during the centenary celebrations of a Catholic priest, a seventh grader fell madly in something with the 11th grader who played the long-dead priest. No professing of undying love. No notes. No kisses stolen — tauba, tauba. But for a few weeks after that, the teenager’s room was a swirl of poor watercolours of a youth with a pale white visage in a deep black robe.

One cannot look for logic in such passing affections — though in retrospect there is a disturbing pattern. Pass the popcorn.

At some point I gave my heart to Heathcliff. Yes, yes, Heathcliff Earnshaw of Wuthering Heights. His menacing ways, dark and brooding looks, his cruelty towards Linton, his elemental love for Catherine Earnshaw made him irresistible. Imagining I was the first Catherine, I would take a candelabra to the balcony and thrusting unlit candle into the broad daylight cry out, “Nelly, I am Heathcliff! He’s always, always in my mind: not as a pleasure, any more than I am always a pleasure to myself, but as my own being.”

I had written this much, when it occurred to me — oh my God, you don’t have to be a Shakespearean fairy queen with magic potional accidents to be infatuated with a man called Bottom with an ass’s head. In fact, so perverse be the chemical reactions, that the infatuation is not a bit with the person, but actually with the ass head, because of the ass head, fixated on the ass head, if you know what I mean.

Post eureka moment, I continued my count in no particular order. Let’s see, there was a Tobias Something, a research scholar with a scraggly beard. And him with the perpetually blocked nose and striped Sunday tees from boarding school. The gooey green snot clogging his nose gave his voice a certain tonal quality. Every fortnight we had art and craft and egg — it was a vegetarian school. One evening he gave me his share of egg and broke the spell. (Objects of worship must keep a distance.) His Bottom moment came later. He sent a bunch of hedge flowers via someone; the junglee variety with bob head. The kind you hold tightly between two fingers and at the incantation of brother-brother-give-me-bread-or-I-will-chop-your-head, twist and snap. Riveted by my single-minded dedication to destruction, the emissary forgot to say more. Years later, I was told when he had heard I had played off-with-their-heads with the floral offering, he had gone quiet.

College and university. The DJ for his protruding lower lip; a professor for his skinny elbows; a Berkeley guy with two PhDs for a phobia of ellipses and pronouncing khichuri, kitsch-ri. There was him who said “hurrr” and flirted in Sanksrit — Dadhi madhuram madhu madhuram draakshaa madhuraa… And every time I was like — “I pray thee, gentle mortal, sing again… thy fair virtue’s force perforce doth move me.”

Moral of the story, did you say? No moral. Just story and popcorn unlimited. And as Puck would say, if I shadows have offended, just imagine you but slumbered here. Next please.