Bottoms up: gendering of drinks

Gender is a mysterious business; no one has yet fathomed why whisky is a manly drink while wine is supposed to bring out the feminine grace 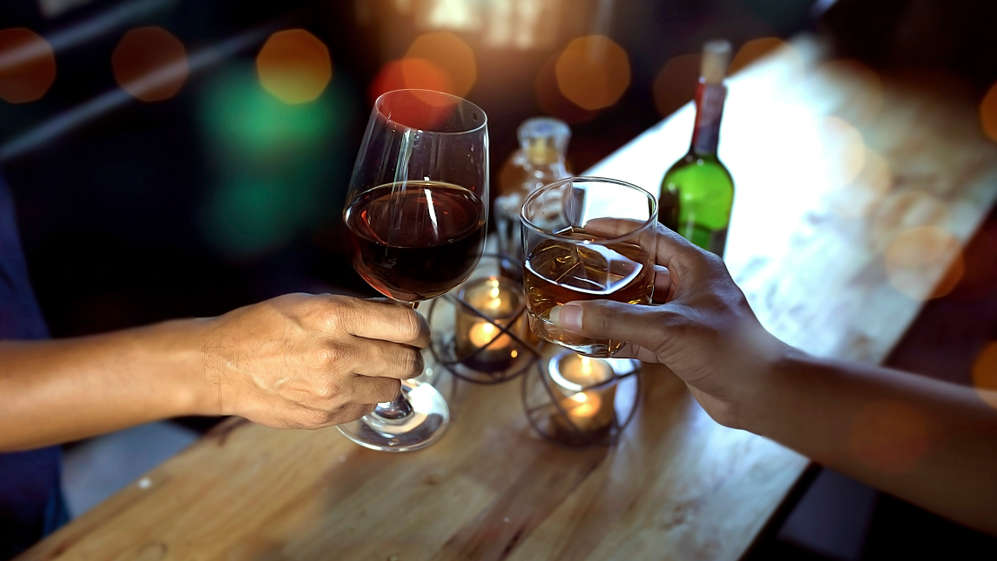 The gendering of drink breaks down when one steps out of those rooms where women come and go, speaking of Michelangelo, as another poet put it with somewhat bleak irony
Shutterstock
The Editorial Board   |   Published 02.01.21, 01:22 AM

It is the time of dance and song and mirth — mostly virtual this year — and the poet’s longing for that divine beaker with beaded bubbles winking at the brim may have overtaken many unpoetic souls. But must women dancing the night away as hard as the men drink from a different fount? Received wisdom — or expectation — tends to place the long-stemmed glass of wine or delicately coloured cocktail in elegant female fingers, not the more substantial one with rich golden liquid sloshing about on silvery cubes of ice. For some mysterious reason, whisky seems to be a male drink. Women may have a gin and tonic, or even a vodka, probably mixed with something sweet or tangy. Whisky is unashamedly ‘manly’, although there seems to be no imaginative bar to women partaking of rum — with coke perhaps — and, at merrier moments, inescapably evoking memories of the rambunctious song sung by the terrifying Long John Silver. Yet rum, peculiarly enough, is not specifically ‘male’. The boss-woman plumps firmly for the glass of whisky in literature and film. And not just there either. A male aura surrounds it in everyday life too: a woman who chooses whisky is stereotyped — nicely — as someone who knows her own mind and is not bothered if it shows and — not so nicely — as intimidating.

But the gendering of drink breaks down when one steps out of those rooms where women come and go, speaking of Michelangelo, as another poet put it with somewhat bleak irony. An unforgettable scene in a liquor shack by the forest in an Indian film has a beautiful tribal woman, played by an outstanding Indian actor, asking the babu from the city for more drink. The liquor that the first poet visualized as being cooled in the deep-delved earth, tasting of Flora and the country green, is plentiful and varied in rural India, made from flowers, or grain, or juice, or sap, and shared by everyone in the village or community on social occasions. Men and women relish the same drink together. So is it nature or culture that determines taste? Are the women talking of Michelangelo just expected to like wine more than whisky because it looks graceful, as they could once have smoked cigarettes from slender, gold-tipped holders?

In these days of more robust equality, however, fun is less picky about gendered delicateness than before. Men and women can slurp and gobble away without attracting the raised eyebrow. With male chefs taking over the more fashionable kitchens and women pilots holding the controls in cockpits, delicacy and virility have become rather elusive attributes to define. More so in middle-class households, where men do the dishes and look after the baby as much as women come home late from work. The evening glass of whisky is shared relaxation then, with beaded bubbles winking gender divides cheerfully away.