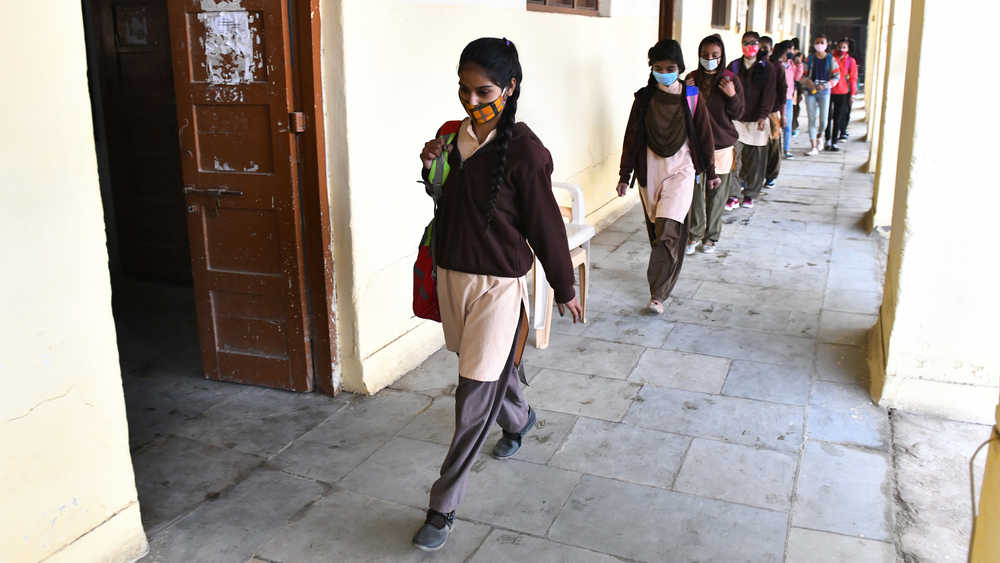 The government-run Institute of Economic Growth has questioned the relevance of a scholarship programme for school-going girls from the scheduled castes and scheduled tribes. (Representational image)
Shutterstock
The Editorial Board   |   Published 20.05.21, 01:22 AM

The Covid-19 pandemic has not only thrown the entrenched inequalities in Indian society into sharp relief but also exacerbated them further. What is shocking is that these iniquities can often be the result of woolly-headed policy. Consider the suggestion in a report by the government-run Institute of Economic Growth: it has questioned the relevance of a scholarship programme for school-going girls from the scheduled castes and scheduled tribes. At a time when the Centre ought to be devising inclusive plans to widen the access of children from marginalized communities to education, the government seems to be doing the opposite. The Union budget slashed the fund allocation for the scheme from Rs 110 crore to Rs 1 crore. This, at a time when the pandemic has reduced educational opportunities for millions of the most vulnerable children, particularly those living in poor or rural areas.

Their plight is in keeping with the flagrant discrimination they face even at the best of times. In 2018, Dalit students of a school in Himachal Pradesh were segregated and made to sit outside the home of the head of the school’s management committee to watch the telecast of the prime minister’s ‘Pariksha Pe Charcha’ speech. Indeed, Dalit children are often segregated even within class and forced to perform manual scavenging activities. Given that misogyny is closely entwined with caste hatred, it stands to reason that some of the worst sufferers of such blatant discrimination will be girls. It is estimated that about 75 per cent of them drop out of primary school in spite of laws that hold out affirmative action — reservations — for the Dalit community. This bolsters the high illiteracy rate among Dalit girls and their subsequent invisibility from public life even though the community represents around 17 per cent of the total population in India.

Such prejudice is antithetical to the spirit of affirmative action that has been considered the hallmark of progress in India. It is thus alarming that the National Education Policy, which was rolled out in July last year in the middle of the pandemic, has allegedly failed to acknowledge the extent of the crisis in education on account of caste-based discrimination. Crucial, time-bound provisions for improving infrastructure in schools by 2022 that were detailed in the draft document — computers and internet connectivity in all schools, infrastructure and materials to support differently-abled students, safe drinking water, separate and functioning toilets with running water for girls and boys — are missing in the NEP. This is only to be expected from a policy that views education as a vocation and not a means for social empowerment. The increasing privatization of education in India — high costs and minimal stipends will put education even further out of the reach of Dalits and adivasi students — will only aggravate the problem.