Contradictions are integral to life in India 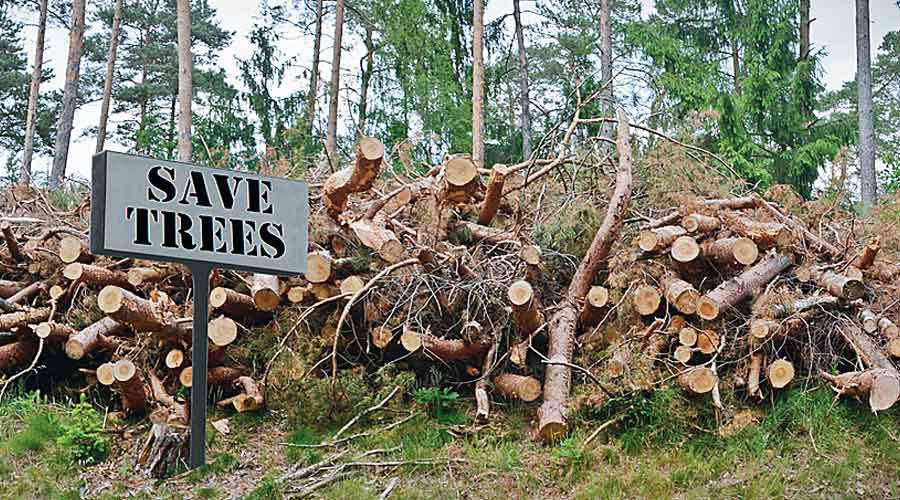 Contradictions scar life in India. Contrasts mar any satisfaction we may derive from our achievements, our strengths, things we can take pride in.

This is a sad truth. It is also an old truth. Can that — the old age of our contradictions — mitigate our sadness over them? Does the fact that the ironic mismatches in our culture enjoy antiquity make them less of a moral dilemma?

Mahavira and the Buddha, who knew from their inner lights the ugliness of violence, the vileness of selfish living, taught us new paths to a more balanced life. Nearer our time, Gandhi attempted to do the same. None of them had it easy. Gandhi, showing us the path of ahimsa or non-violence, took violence’s blow on his chest.

“It is in the midst of violence that non-violence acquires its deepest meaning.”

The work shows how the contradictions India lives with have been there, right there, amidst us, from — to use that old cliché — time immemorial. And have been a trouble to the sensitive among us, to those who have active consciences, from the same ‘time immemorial’. But not to all. Many more have not been troubled by them. They continue to be untroubled by them — another contradiction.

This is a historical verity.

She lists, among the contradictions, the following between:

i. The ancient celebration, in art and literature, of sensual love or ‘desire’ and the equally old idealization of detachment. What is to be sought — maithuna (sexual intercourse) and Kamasutra, Khajuraho and Konarak, or brahmacharya (celibacy)?

ii. The extolling, in scripture, epic tracts and art, of goddesses and of women who have wielded political influence or power on the one hand and the systematic immiseration of women by the male population of India on the other. Who are ‘real’ — Kali, UgraTara, the enraged Kaikeyi, the outraged Draupadi or the Sita-like daughter, wife and daughter-in-law?

iii. The holding up of non-violence or ahimsa as a virtue and an ideal and the unceasing presence of appalling violence in our society, accompanied by the valorization of war. Are the battles fought by Rama and by Arjuna, the latter overcoming his doubts on its futility, the true guides for us or is that to be found in the way out of battles and butchery and into a life of balance as taught by Asoka? Are those braveheart patriots who hurled bombs or sent bullets into British officials and were hanged for their acts our real role models or the non-violent, heroic satyagrahis who followed Gandhi in their thousands into jail and suffering?

iv. The stubborn presence in our society of inequality from times as old as the Indus Valley Civilization’s cities “sustained”, as Upinder Singh says, “by countless workers who built the structures cleaned the drains and sewers and provided labour and services to keep the cities going”. What is the reality about us — the tacit and complicit acceptance of inequality by victimizer and victim or the refusal to accept this inequality, most strikingly exemplified, in our times, by the vision of Sree Narayana Guru, the ‘Harijan work’ of Gandhi, Babasaheb Ambedkar’s defiant role challenging varna, caste and untouchability and by the Dravidian movement led by Periyar E.V. Ramasamy?

v. The simultaneous presence of orthodoxies and accommodations in the faith traditions of India, with intolerance and tolerance, illiberal and liberal sentiments, at concurrent, if not equally-matched, play. Who is the true Hindu — the caste-affirming sanatani or the caste-excoriating Vivekananda? Who is the true Hindu — the Muslim-hating and Christian-baiting fundamentalist or the believer in the same goal of all religions?

This book is about ancient and contemporary contradictions in India, about the past and the present, with their shadows extending into the future and, so, turning its pages and seeing its staggering illustrations drawn from museological collections and kitsch art, I could not but think about other contradictions that make life in India so impossibly complicated, frustrating and, for those directly affected, so tormenting.

I can straightaway think of five.

i. Our national motto, ‘Satyameva Jayate’, drawn from the Mundaka Upanishad, tells us, crisply, categorically, ‘Truth Alone Triumphs’. This is both an affirmation and an assurance. But ask any undertrial in India’s prisons if she or he finds this to be convincing and if she or he believes that truth will triumph. Ask any honest candidate in any of our elections, who has been defeated by white lies, black money and vote-bank politics, especially the religious vote-bank, if truth alone triumphs. Their wordless expression will give you the answer.

ii. Our Constitution, under its Article 25, says “all persons are equally entitled to freedom of conscience and the right to freely profess, practice, and propagate religion subject to public order, morality and health.” But ask any Kashmiri Pandit obliged to leave the valley where his or her home is and to start from a painful scratch elsewhere, ask the kin of the honest-to-goodness and trusting teacher and principal of a school in Srinagar shot dead by terrorists in the name of Islam, the grieving relatives of the Sikh auto driver charred to death in his vehicle in the Delhi of 1984, ask the widow of the Australian missionary and mother of their children burnt alive in Orissa in 1999, if they think India treats all religions equally. Ask the Muslim lynched because he is found herding cattle, his co-religionist being beaten black and blue into saying ‘Jai Shri Ram’. Their answer may be, if they can summon wit to aid pain, ‘He Ram’.

iii. Our great national song —  “Vande Mataram” — sings upliftingly of su-jalaam, su-phalaam, malayaja-sheetalaam... But are purity, succulence, safety of water, air and environment the reality of life in our cities and towns? Who pollutes the rivers of India, who lets noxious substances into them, who buries toxins in the soils of India? Who is cutting down forests, even road-side trees that are a hundred years old to widen or fatten roads? In whose name and for what cause? If the answer is ‘Development’, then what is being developed, who is growing?

iv. Atithi Devo Bhava — The Visitor is God — is not an official proclamation but has been adopted by our tourism department as its unofficial motto. If this is about five-star hotels greeting the paying customer at the foyer with a tilak, then we are being true to it. But who or when or why is a distinction drawn between a visitor and a refugee and, within the category of refugees, between a refugee of one ethnicity and another of a different kind?

v. Swachh Bharat is a programme I have welcomed and responded to with gratefulness because goodness knows, as does hygiene, that god and cleanliness, said to be close allies, require such a programme in our country. But how is the country — how are we — responding? By paying a cess, yes. But what about the thingness of it? Is manual scavenging truly over? Is open defecation truly now a thing of the past? They are not. Mainly because caste is not about the past. We litter, we throw, as we always have been doing. We spit and do worse on the soil we say is sacred.

Writing to debunk or to extol, to demolish or to justify, is common. Writing to critique one section of society or to ‘take on’ the State is common. Asking society to introspect is not common. And to do so with history as witness is wholly uncommon.

Upinder Singh’s new book is about history. But it is also about sociology, policy and, above all, about civilization. Our civilization. It is about us. It is us.