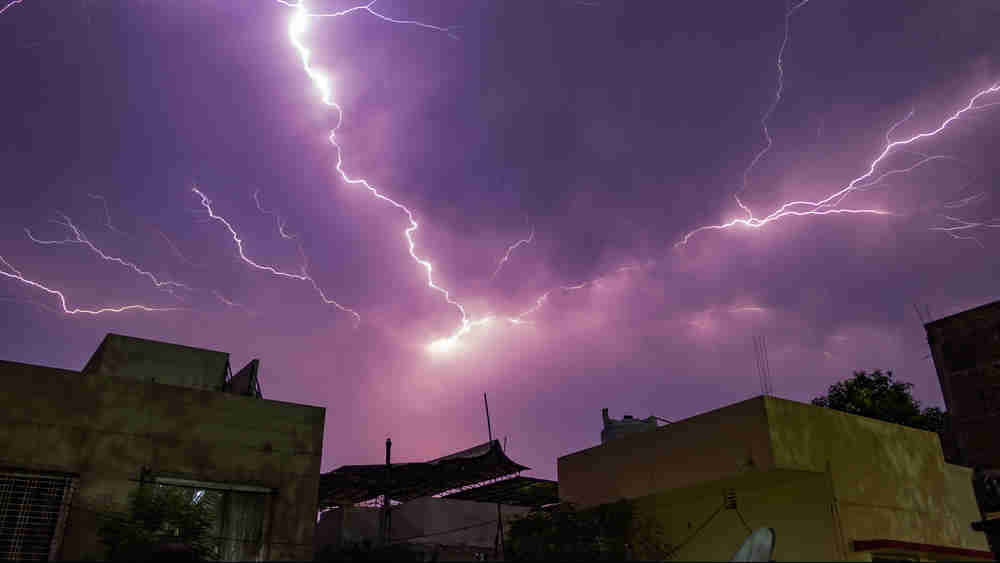 Thirty-two people died in West Bengal on account of lightning strikes in June. Alarmingly, 27 deaths had been recorded on a single day — June 7. Should these deaths serve as a warning for Bengal?

Bengal has recorded the highest number of lightning strikes from cloud to ground per square kilometre in India in 2020 as per the 2020 South Asia Lightning Report. The state ranks eighth in terms of annual accidental deaths due to lightning with a total of 1,641 mishaps during the period, 2010-2019, say data from the National Crime Records Bureau. However, the yearly accidental death in Bengal is still under 200; the highest number of deaths — 186 — took place in 2012. This was followed by death tolls of 180 and 179 in 2014 and 2018, respectively. Newspaper reports also suggest that an estimated 10-12 people had died in lightning strikes on one day between 2010-2019; the highest death toll was 12 in 2018. If this estimate is correct, then the average number of days of lightning events annually would be around 15-18. The average number of lightning events, the daily death toll and an increasing number of ‘cloud-to-ground’ lightning strikes mean that the total casualty figure at the end of 2021 could exceed previous estimates, making Bengal the state with the highest number of annual accidental deaths due to lightning in India.

What are the causes behind the phenomenon? Is it the lack of public awareness combined with government apathy? Lightning deaths are not new. This rules out the first possibility. Moreover, these days, people receive text alerts about thunderstorms on their mobile phones. The reason then must lie somewhere else. Climate change, meteorologists say, lies at the heart of all extreme weather events. According to the West Bengal State Action Plan on Climate Change, temperature and rainfall regimes are highly varied across the six agro-climatic zones. A spatial analysis based on 116 years (1901-2016) of India Meteorological Department data demonstrates that the three anomalies of temperature regimes — mean, maximum, and minimum temperatures — are spiking at various rates. Furthermore, rainfall from the southwest monsoon had declined over the Indo-Gangetic Plains of Bengal between 1901 and 2012. The twin effects of rising temperature and declining rainfall exacerbate weather conditions in the state, resulting in extreme weather events like heat waves, thunderstorms and lightning.

Among the 27 people who died on June 7, 11 were from Hooghly district. What do Hooghly’s residents think of this phenomenon? Mohanlal Bag, a resident of East Beraberi village in Hooghly, said that people used to die from lightning strikes earlier as well but the death rate used to be much lower. People, he said, do not get sufficient time to seek shelter because thunderstorms are instantaneous. Although they receive text messages from electricity companies, these notify recipients only about the dates of occurrence of storms. People who have to go out for chores become victims of lightning. The frequency of strikes and the discharge of electricity, Bag believes, are higher these days, adding to the death toll. Interestingly, Bag’s views have been echoed by meteorological departments and agencies. According to a report by the IMD and the Indian Institute of Tropical Meteorology, the number of lightning strikes in Bengal has doubled between April 2020 and March 2021 compared to the same period the year before.

The key to saving lives would be to discover technology to accurately predict the time span of thunderstorms and put in place a system of disseminating information by local governments. The government and other institutions must incentivize research in these aspects.