Blind men and their nation

Across parties, what we see is the ghost of feudalism; minds still clinging to mythology, patriarchy, traditions and gender biases 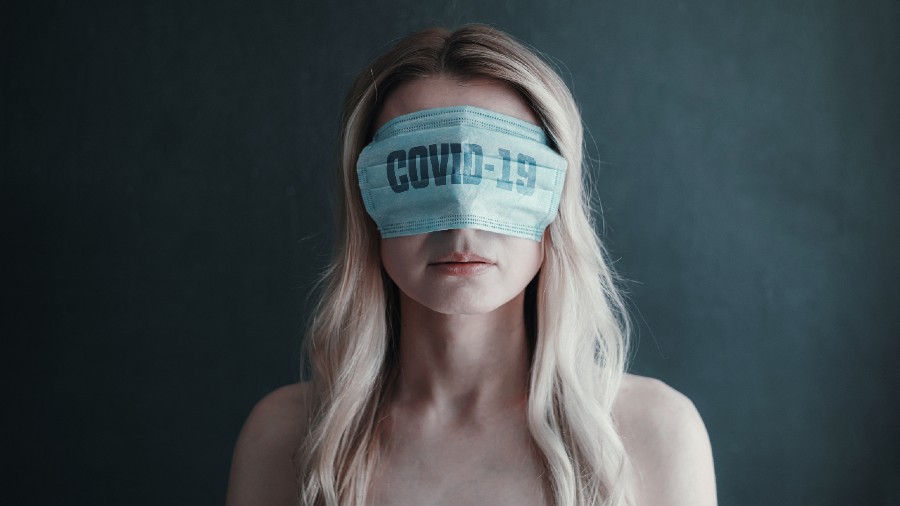 The altercation happened sometime in January. One evening, I was tucking into a snack at a roadside food joint when a well-dressed man — without a mask and with a physique sculpted in a gym — stepped out of the shop next door and sent a globule of spit flying in my direction. Shocked, I shouted at him for the abject inappropriateness of his action, especially it being the time of Covid-19. “There is no Corona. It is gone,” he retorted unapologetically. “In your imagination,” I countered, struggling to contain my bewilderment at his stance.

I now often wonder what that man must be thinking given that the virus is back in force in Mumbai. Notwithstanding the generous contribution of spitters, Swachh Bharat and regular intervention by municipal staff working to check the spread of the virus ensured that my suburb stayed a lot cleaner through 2020 and in the first quarter of 2021. Spitting continues in that great Indian tradition of consequences being somebody else’s job to address. The authorities have rightfully faulted citizens for either not using masks or wearing them incorrectly. What we miss noticing is how much the habit of spitting prompts masks to be worn on the chin and such. You just can’t end spitting. Can you? Its obstinacy reminds of the other pandemic we cope with — our mischievous, subversive, narrow-minded politics of brinkmanship, which too cites tradition, cares little for consequence, and expects others to clean up after it.

Politics in India shadows the country’s appetite for inflexible habits. Our politics conspires to make us vote with the same thoughtless ease as spitting. Factors like caste, religion, language, regionalism, personality cult — all of them when raked up help reduce politics to a pre-programmed impulse. Identity politics makes political choice easy and seemingly faultless. When you are told that your existence is threatened, anything you do to survive is deemed acceptable. The more a political pitch evokes identity, the sharper the polarization it causes and surer the subsequent reflex action. It is efficient marketing and that is likely why the moneybags haven’t shied off supporting parties with a violent track record. Victory in polls gained, the victor then becomes facilitator for sponsor’s growth. Why should the sponsor complain?

The emergent alternative for the identity-pitch has been ‘development’, a favourite with technocrats nursing political ambitions and politicians fancying technocrats. But here, too, nobody wants evolved debate that explores the type of economic development offered, whether it damages the environment, whether it promises an affordable, inclusive way of life, whether the plans tabled are humane, socially just and respect freedom. All that people see in development is money and grandeur. It inspires the same protective reflex, as found in identity politics. Sold as GDP and married to billionaire-mascots, mega projects, stock market index and smart by digital, development condenses complexity into something as easily delivered as projectile in the mouth readied for flight.

Right-wing politics was quick to adopt this packaging. To the extent, the simplification (as seen in nationalism, patriotism et al) sometimes bordered on the comical. A classic example is the tendency to administer a free country like a classroom, with a chosen few for self-righteous teachers and corporal punishment to boot. But then what is comical is apparent to only those capable of noticing it. What if — like the virus robbing you of the sense of smell — self-righteousness and the durbar of mirrors robbed you of the capacity for comedy? Of greater worry is how the incessant barrage of such posturing by the right wing has forced its political opponents to retaliate similarly, resulting in caricatured politics all around and betraying how shallow our intellect has become through want of questioning. Sample the widespread machismo and denigration of women found in politicians’ speeches. The right wing, famous for wading into electoral battle like a ruffian and never losing an opportunity to project itself as protecting women (instead of respecting women’s rights), has a treasure trove of such episodes. The Opposition, fighting for its life, periodically serves up its own slippages of the same genre. Kerala recently produced a gem — a left-wing politician warning young women to keep their distance from Rahul Gandhi as he is unmarried. Tamil Nadu and Bengal, both states in the thick of electoral battles, also saw controversies.

Across parties, what we see is the ghost of feudalism; minds still clinging to mythology, patriarchy, traditions and gender biases, which the new generation wants to run away from. We may be close to 75 years old as a free democracy but as with spitting, we are ruled by practices reaching out from the past. Blinded by tradition, some don’t see the India in front of them. Much the same way, lost to the denial of the virus, some stay Covid-blind.