Advertisement
Home / Opinion / Being an 'anti-national' is not a crime

Being an 'anti-national' is not a crime

As Nobel laureate Amartya Sen has highlighted, the champions of pluralism and free speech are New India’s new underdog 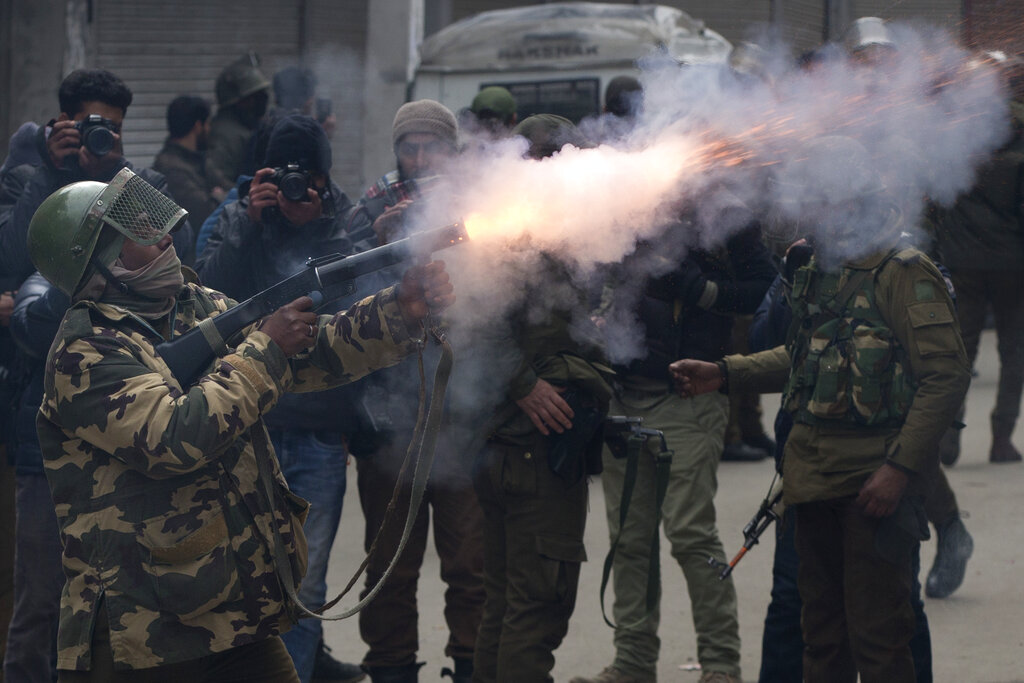 A paramilitary solider fires a tear gas shell towards Kashmiri protesters in Srinagar on Tuesday, February 26. Kashmiri protesters were protesting against raids on key separatist leaders by intelligence officers.
AP Photo
The Editorial Board   |   Published 03.03.19, 03:24 AM

It is a philosophical tease, as it were. A rather tricky one at that. In his conception of the State, Thomas Hobbes had argued that sovereignty is, in fact, the soul of the Leviathan. In a bid to protect itself from the unceasing violence of internecine conflict, human civilisation — it has an ingenious mind — vested in the ‘commonwealth’, the statum civitatis, a degree of autonomy. The State thus reserves the right to punish or reward citizens according to its code of laws. But the contract between State and citizen is far from equitable. The State is sovereign; but not so the civilian. Individuals are entitled to certain forms of liberty as long as these freedoms do not upend the skewed relationship between State and citizen. To accept the State as a sovereign is also to demur to, at an individual level, the bestowal of an identity. Those who wear this identity as a badge of honour are the State’s protégés; they, usually, are occupants of the high table. Unfortunately, conformity may not always be seen as a virtue. Philosophers ask questions, something that journalists used to do in the India of old; artists are repulsed by the prospect of conforming to injustice and falsity; intellectuals challenge narratives in a bid to remind citizens of the possibility of a fairer world. For their pursuit of an alternative vision, the intelligentsia and dissidents — or ‘anti-nationals’, to borrow an expression that would resonate in New India — have found themselves not within but on the margins of the commonwealth, to be hunted, branded and punished. Could it be that this vilification is becoming the only way of identifying a patriot in modern India?

Amartya Sen, one of India’s luminaries, seems to concur with this inference. In a well-attended talk in New Delhi, Mr Sen, a Nobel laureate, argued that to adhere to beliefs and principles that the State vilifies may not necessarily be an act of transgression. Being an ‘anti-national’, in Mr Sen’s nuanced opinion, is thus not a crime since citizens in a plural society — is not India one? — are cloaked in multiple identities, only some of which a State, an authoritarian one at that, endorses. What makes Mr Sen’s view pertinent is that he was making his voice heard at a time when India, now in the throes of a low-scale conflict with Pakistan, seems to have renounced its ability to distinguish between patriotism and a shrill, muscular nationalism. It is this constriction of perspective, adroitly engineered by the State and its agencies, including the media, that has made it difficult for citizens to demand accountability from a dispensation elected by the people.

Mr Sen, characteristically, was seeking to take up the cause of New India’s new underdog — the champions of pluralism and free speech. Those who believe in the peaceful assimilation of diverse faiths, cultures and identities as well as in the right to question the wrong must be made to reclaim their place within the Indian State. That is the promise of the Idea of India.