Bells toll: A temple of fraternity?

It cannot be denied that the saga of the temple dedicated to one of India’s most revered deities has been marked not by consensus but, sadly, by division and conflict 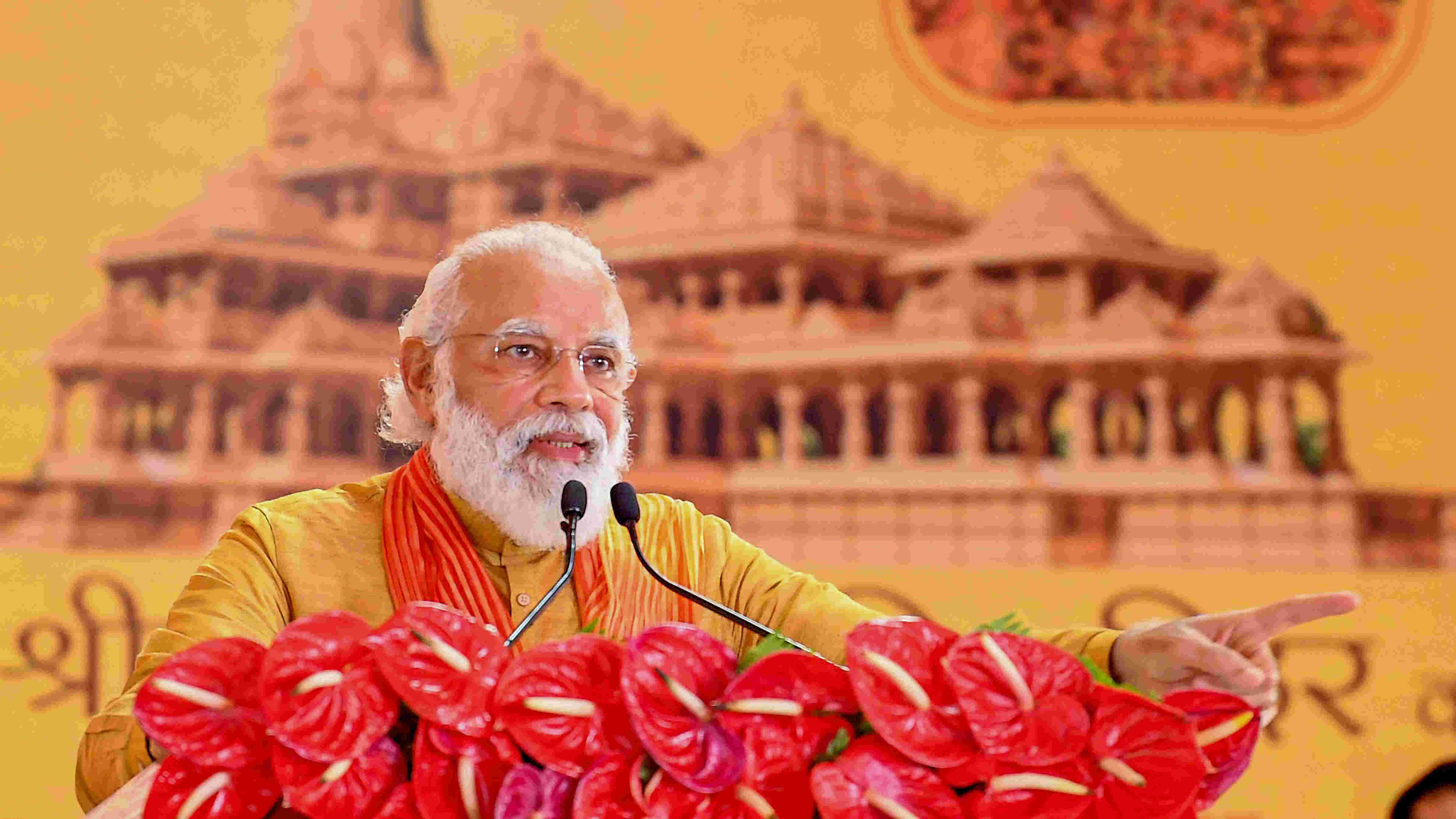 In his address on the occasion of the bhoomi pujan at the soon-to-be-built Ram temple in Ayodhya, the prime minister, Narendra Modi, made an important point. The edifice, Mr Modi said, must be built amidst a shared feeling of brotherhood. Curiously, an objective assessment of the resolution of the Ram temple issue — the legal case had dragged on for decades, accompanied by widening fissures in India’s body politic — would reveal that amity was rare, almost absent, among the contesting parties. One possible reason for this absence of fraternity can be attributed to what took place on that dark afternoon of December 6, 1992. The demolition of the Babri Masjid, supposedly in an orchestrated attempt by vigilantes, brought down with it the foundational vision of the republic that was once committed to protect the principle of secularism. The mandir’s adherents have, time and again, drawn attention to the Supreme Court’s order that removed the hurdles on the path of temple construction at the site of the mosque. The judgment, it must be admitted, was unanimous. But the unanimous verdict notwithstanding, the court had been forced to acknowledge that the wanton destruction and desecration of the mosque were infringements of the law.

The rule of law has been brought under duress, repeatedly, on account of the pursuit of a dangerous politics of conflagration. It cannot be denied that the saga of the temple dedicated to one of India’s most revered deities has been marked not by consensus but, sadly, by division and conflict. Faith — it should reside in the personal sphere — assumed a contorted, ominous shape once it was dragged out into the public space. The Bharatiya Janata Party and the sangh parivar have shown an unmatched energy when it comes to transforming faith into political capital. But other parties, including its principal opponent, have not always resisted the temptation to follow suit. An inclusive, accommodating nation has lost out in the process, as it lies besieged by the forces of sectarianism. One way of redemption — perhaps the only way — would be to reclaim Ram as an emblem of unity. Not the hegemonic unity that the BJP dreams of but the unity that is achieved by the seamless cohesion of multiple identities and beliefs, a trait synonymous with Old India. Hopefully, this is the model of fusion that political leaders have in mind when they say that Ram belongs to everyone. A shared, consensual ownership, and not majoritarian chest-thumping, is the best guarantee for brotherhood.