At the heart of Hindutva lies a telling dichotomy 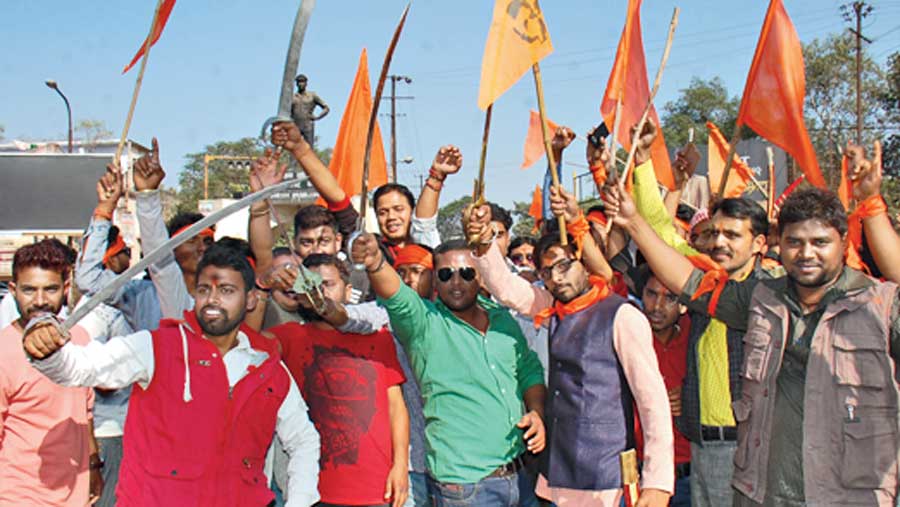 Salman Khurshid compared the Rashtriya Swayamsevak Sangh to the ISIS and sparked a furore. The burning flames of the outrage reached the home of the veteran Congress politician in Shimla quite literally. It also sparked a debate, led by Rahul Gandhi, over the difference between Hinduism and Hindu nationalism.

Why are Hindu nationalists so chafed at any suggestion that their movement is comparable to Islamic extremism or even political Islam (or Islamism) in general? Previously, Rahul Gandhi had likened the Muslim Brotherhood, an Egyptian Islamist group that prefers democratic participation, to the RSS and was met with an equally outraged pushback. As did Shashi Tharoor when he lamented that the Bharatiya Janata Party is bent on fashioning India into a “Hindu Pakistan”.

To understand this dichotomy, one must first appreciate how Hindu nationalism resembles more an ethnic nationalism rather than a typical religious nationalism. The ideology of religious nationalism generally has a ‘positive’ and a ‘negative’ content. Islamists constructed their political identity in opposition to the West. But their ideology also had a positive content: a theory of the State, a conception of society, and a dream of utopia. From the 19th century onwards, when modern Islamists first arrived on the scene, they have been riven with wide-ranging disagreements on all these ideological themes. Hence the irresistible tendency of Islamists (much like the Left) to split into different ideological groups and, often, violently oppose each other. The Muslim world today has a staggering panoply of Islamists — Sunni and Shia, democratic and revolutionaries, violent and quietist, pan-Islamists and nationalists — ranged more against each other than the global West.

In contrast, Hindu nationalists have not been able to come up with a positive content for their political identity, ever since V.D. Savarkar defined Hindus as people of this land who are not Muslims and Christians. Both Savarkar and M.S. Golwalkar spoke of Hindus as a race rather than a faith-based community. The absence of any religious dimension to the Hindu identity, or any conception of a good Hindu society, prompted Hindu conservatives like Karpatri Maharaj to attack Hindu nationalism as European nationalism in a Hindu garb. The political scientist, Pradeep K. Chhibber, has, therefore, argued that the concept of Hindu in contemporary Hindutva represents an ethnic rather than a religious identity. “...We are hard put to find a philosophical document written by a current Sangh ideologue about what it means to be a Hindu,” Chhibber observes. In his recent book on the Hindu rashtra, Aakar Patel has written that the “only meaning of Hindu Rashtra” is the “persecution of India’s minorities, particularly Muslims”.

To the extent the identity of Hindu in Hindu nationalism has any moral connotation, it is in opposition to the Hindutva construct of Islam and Muslim identity. If the Muslim is inherently dogmatic, fundamentalist and violent, then the Hindu is inherently open-minded, tolerant and peaceful. This comprises the ego ideal of Hindu nationalism, or how it views and presents its idealized Hindu Self.

But what is interesting is that whereas Islamophobia guides the ego ideal of Hindutva, its political practice seems to be subliminally directed by Islamo-envy. For Hindutva, Islam is the social “phantasm”, the term Jacques Lacan used for an obsession with an object which represents what one finds lacking or negated in oneself. An essentialized version of the Muslim community represents for Hindutva all that it finds deficient in the Hindus — strong bonds of communal solidarity, unity of religious symbols, shared consciousness and political assertiveness.

It does not matter whether this stereotypical image of the Muslim community does not correspond to reality. Social phantasms are, by definition, fantasies. In the Hindu nationalist discourse, a shared consciousness allowed Muslims not only to lord over Hindus in the medieval period but also in the post-colonial period when they melded themselves into a unified vote bank. The Hindus, meanwhile, remained so divided by caste, region and ideology that they were ignored as a group by political parties in a country where they form over 80 per cent of the population. In this view, the Muslim community is a prime example of how a certain cultural imagination of a community can propel its political dominance. Thus, the political practice of Hindu nationalism, in responding to the Muslim problem, is often guided by the imperative to mimic the fetishized image of the Muslim community.

One aspect of this manifests itself in the long-running Hindutva project to ‘Semitise the Hindu faith’, in the words of Shashi Tharoor. The sheer diversity of Hindu religious practices had prompted B.R. Ambedkar to state that the only thing that unites Hindus is caste. Searching for symbols of Hindu religious unity, the Hindu nationalists have projected Rama as a Hindu god and Gita as a Hindu religious text, constituting privileged objects of reverence for all Hindus. The recent campaigns of ‘ghar wapsi’ have also added a new proselytizing element into the mix.

Another aspect relates to the construction of a militaristic Hindu masculinity. In the Hindutva view of history, drawing from colonial tropes characterizing Hindus as effeminate and Muslims as hypersexual, Muslims were able to invade and rule over India because the Hindu male was passive and weak. “What do we see today when we look at ourselves in the mirror? Do we find any sign of manliness and strength? Without an able body we can’t achieve anything,” Golwalkar had written in Bunch of Thoughts.

The figure of the strong, ‘meat-eating’, virile Muslim man — the alleged perpetrator of mass violations of Hindu women in the medieval period, continuing in the form of ‘love jihad’ in the present day — is the object of fear, loathing as well as grudging envy. This masculine anxiety is then sought to be welded into militaristic Hindutva, particularly in shakhas where Hindu men are physically trained to compete with the aggressive Muslims.

The paradoxical demands of the ego ideal and political practice of Hindu nationalism give rise to a number of contradictions. Violence and peace become entangled with each other, as do bigotry and tolerance. Vegetarianism becomes a cause for brutal violence, while still being wrapped in the drapes of ahimsa. Repeated incantations of the tolerance of Hindus are used to deny, launder or invisibilize the plague of communal bigotry. Any cognitive dissonance is ironed out by making peace and tolerance axiomatic of Hindus. Like Yogi Adityanath has stated: “Nobody can be more secular than Hindus.” Therefore, to be a peace-loving and tolerant Hindu, you don’t need to practise those values, you just need to be more Hindu.

This contradiction comes to the fore in Hindu nationalists’ relationship with M.K. Gandhi. The Hindu nationalist Self can accommodate admiration for Gandhi as well as sympathy for his assassin Godse. This is because Gandhi is crucial both for the ego ideal and the political practice of Hindutva. He is a symbol par excellence of the intrinsic tolerance and the peacefulness of Hindus. This is particularly so as Gandhi grounded his ideas of non-violence and communal amity in a particularly Hindu philosophy and expressed them in a Hindu vocabulary. Yet Gandhi also symbolizes, for Hindu nationalists, the limits of peace and tolerance. Thus, the case of Gandhi rationalizes the political practice of Hindutva. The RSS and BJP grandees simultaneously laud the personality of Gandhi and disregard his political practice; an exalted saint but a lousy guide. A quote from the then RSS chief, K. Sudarshan, in the aftermath of the 2002 Gujarat riots, is particularly illustrative. “Ahimsa is a negation of himsa, violence. If you have the capacity to do himsa and still do not take recourse to it, then it becomes ahimsa. A coward cannot follow ahimsa — Mahatma Gandhi used to say this — because he does not have the capacity to practice himsa.”

For the RSS, true non-violence can only be practised after building up the capacity for violence, not the capacity for truth that Gandhi meant. However, Sudarshan saw no incongruity in inverting Gandhi’s message, while still appropriating Gandhian vocabulary, to obliquely justify the carnage in Gujarat. This is the schizophrenia at the core of Hindu nationalism — a toxic brew of Islamophobia and Islamo-envy. Little wonder then that it is perhaps the only group in the world to respond to allegations of extremism by providing its manifest proof, as Salman Khurshid discovered.