Sparrows live on insects and pests, which are disappearing due to the new sanitised, unfriendly nature of houses 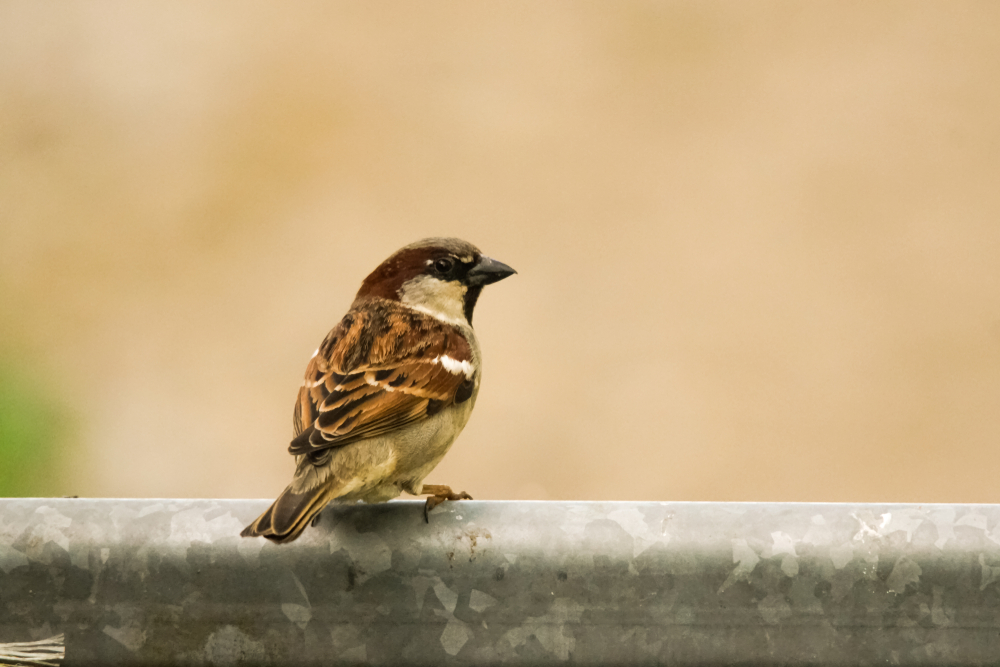 Gone are the days when a sparrow flying into the house sent its residents rushing to switch off fans to avoid injuring the bird
(Shutterstock)
The Telegraph   |     |   Published 22.03.19, 09:35 AM

Sir — There has been a sharp decline in the number of sparrows recently. Gone are the days when a sparrow flying into the house sent its residents rushing to switch off fans to avoid injuring the bird. But there is hope yet. A small village in Lakhimpur, Assam, has shown the way. Artificial shelters — made of cardboard, wood, shoeboxes and so on — have given sparrows in that district an opportunity to survive. This will not be enough though. Sparrows thrive on tiny insects and pests, which are disappearing owing to the new sanitized, unfriendly nature of houses. Without insects, restoring the sparrow population will be difficult.

Sir — Anup Sinha’s “Experiment with choice” (March 14) succinctly captured the essence of Indian democracy. Sinha argues quite correctly that ever since the economy began to be opened up in 1991, political parties started obliterating the ideological differences among themselves, converging to serve the interests of big business. The media’s capacity to be objective has been compromised, depriving ordinary voters the right to make informed choices about society, governance and governments.

Sinha has drawn a rather bleak picture of the social and political realities in India. Given that “there is hardly any perceptible difference in the programmes of the major political parties”, how is the coming election any different from the ones that have taken place since 1991?

Sir — Meghalaya High Court’s order imposing severe penalties on the editor and the publisher of Shillong Times for contempt of court is unjustified. The contempt proceedings were initiated on the basis of reports published in the newspaper that were critical of the benefits extended to retired judges.

Newspapers have the right to criticize court orders. Such reports cannot be construed as lowering the dignity of the judiciary. For a statement to be contemptuous of the court, it must be false and undermine the course of justice.

The Editor’s Guild of India has expressed its concern over the issue. There are fears that contempt of court can be used to curb the freedom of expression or ensure that there is no criticism of judges. 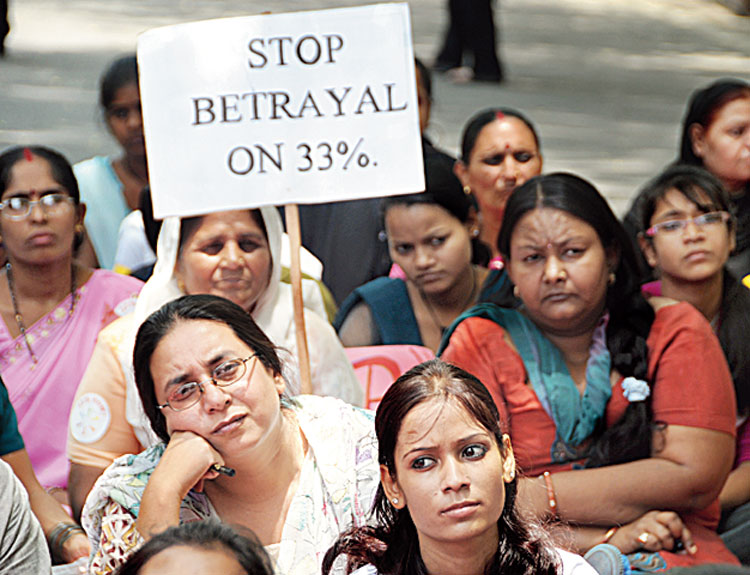 Political parties talk of reservation for women in politics during elections, but after that it is business as usual
The Telegraph file picture

Sir — The Congress has promised to reintroduce and pass the women’s reservation bill, which had been presented by the first United Progress Alliance government. This long-pending electoral reform is the need of the hour. It is not uncommon for political parties to talk of reservation for women in politics during elections. Once the elections are over, it is business as usual for political parties. The UPA ruled the nation for a decade. Why did it allow the bill to lapse then?

The reluctance of male legislators to pass the bill shows that they do not want to share power. Even Afghanistan has reserved 68 of the 249 legislative seats for women. Why, then, are male lawmakers in India unwilling to treat women as equals? Women legislators are best suited to understand and legislate on issues pertaining to the female population of the country.

The party which promises reservation for women in this elections will surely get their support. But the real test will come afterwards, once Parliament is in session.

Sir — Indian lawmakers still take a paternalistic stance towards women, assuring them of protection and empowerment each election. It is common knowledge that this is nothing but rhetoric. Why else did the women’s reservation bill lapse under the UPA? Further, why was it not reintroduced by the National Democratic Alliance government led by Narendra Modi? The latter is especially shocking since the Bharatiya Janata Party’s 2014 manifesto explicitly committed to ensuring reservation of 33 per cent seats in Parliament and in the state assemblies for women. Similarly, two other Constitution amendment bills aimed at increasing the participation of women in lawmaking proposed to raise the reservation of seats for women in urban local bodies and panchayats from current 33 to 50 per cent. These lapsed as well.

Crimes against women of all ages have gone up in India. News of molestation, gang rape and other kinds of abuse and harassment has become an everyday affair now. Additionally, the ‘MeToo’ movement exposed how precarious the position of women in society is. The sordid revelations of sexual harassment in the workplace were shocking.

Several laws have been passed to ensure the safety of women. But, as is evident, they have failed to check crimes against women. As the largest democracy in the world, which also claims to be a welfare state, India ought to be ashamed of its menfolk who have not been able to leave behind their patriarchal mindset.

Sir — The status of women is an important indicator as far as the development of a nation is concerned. Women constitute 48 per cent of India’s population, but they lag behind men on various social indicators like health, education as well as economic opportunities and inclusion.

The reservation of seats for women in Parliament and state legislative assemblies could indeed be one way of improving the lot of women in India. But Naveen Patnaik — who is on shaky ground, fighting incumbency in Odisha — appears to be using the women’s reservation to create a vote bank. In West Bengal, the Trinamul Congress has allotted 41 per cent of the 42 Lok Sabha constituencies to women. This in a state which is among the most unsafe ones for women according to data from the National Crime Records Bureau. Will the TMC’s move change this? It is unfortunate that political parties use the issue of women’s reservation as a poll plank, considering it only when elections are around the corner.