Can the odour of hollow political symbolism be masked by a drop of scented socialism? 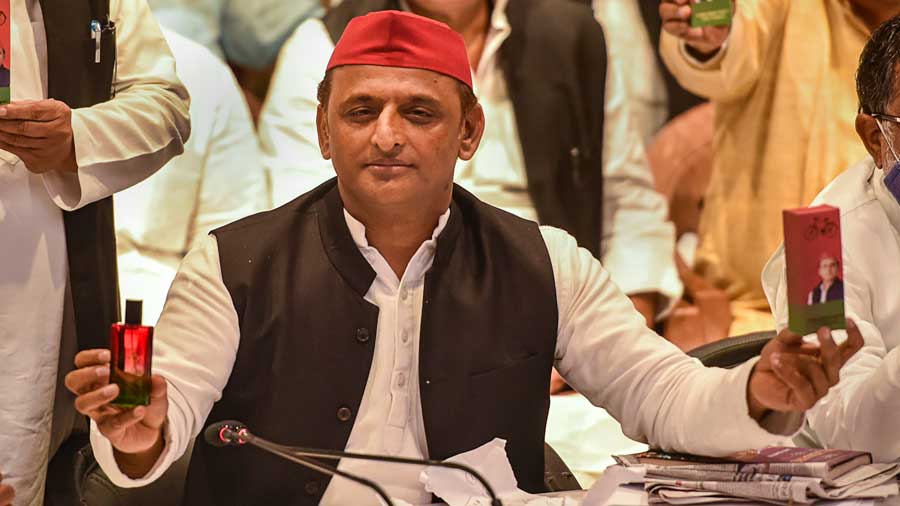 Gucci, the whispers in the corridors of power suggest, is suffering from sleepless nights. Its Indian cousins — Aamod Luxury Fragrances, Bombay Perfumery, Embark Perfumes and so on — may have smelt the competition too. For the Samajwadi Party — wedded to socialist principles — has decided to launch its own perfume with an eye on the assembly elections in Uttar Pradesh. However, this unique aroma — a mixture of 22 indigenous ingredients apart from, presumably, those of dreamy socialism and, ironically, the Market — would not be put on sale. It would be distributed in bottles — they would sport the SP’s signature red-and-green shades and have the symbol of the ‘bicycle’ embossed on the glass — so that the scent of socialism, memorably described as a “cry of pain” by the sociologist, Emile Durkheim, manages to remove the odour of divisiveness that has spread far and wide under the watch of the Bharatiya Janata Party.

Akhilesh Yadav, the SP’s head-honcho, is hopeful that the aam aadmi would get the message contained in the bottle. But purists, including Lohiaites and other patrons of an uncontaminated socialism, could well be turning up their nose at the idea. This is because the noble intentions notwithstanding, socialism in a perfumed — superficial? — avatar is the very antithesis of the ideal that had held sway over pre-liberalized India’s political landscape. That ideal had a distinct, but different, fragrance: it smelt of the blood, sweat and tears of the teeming millions who were taught to dream of an honourable, equitable life. That vision of a larger fraternity cannot be, socialists would argue justifiably, conjured by a few drops of Mr Yadav’s newly-launched Eau de Cologne. That kind of transformation in the political air is only possible through inventive mass mobilization.

The larger point, in this context, concerns the potency of political symbolism. In other words, the hollowness of it. The medium, alas, is seldom the message. There is a tragic but all-too-palpable gap that separates political parties from their own symbolic outreach. The BJP’s rath, usually an air-conditioned luxury vehicle, rolls in and out before every election but the achche din promised by the prime minister are yet to arrive. The Congress’s haath has stopped — for long — being the assuring hand meant to protect the vision of the founders of the republic. The communist star is on the wane, save for Kerala, now that the promise of Revolution has started to emit a stench. There is a sickly smell to Indian democracy as well. The ingredients of this miasma could well be the rot in ideological roots, the infidelity of politicians towards public welfare, criminalization of public life, capitulation of democracy’s vanguards to political masters, renewed casteism and communalism as well as a deepening social and economic chasm.

The resultant, overwhelming, malodour is unlikely to be removed by a few drops from the bottle of samajwadi attar.