In Rishi Sunak, Britain has the market’s person 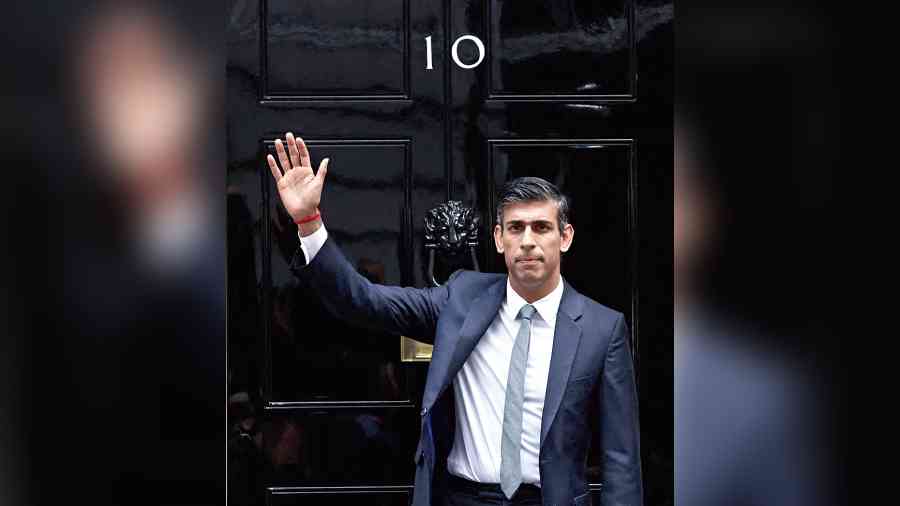 There is a silent school of thought that genuinely feels the United Kingdom had to experience some 45 days of needless political turbulence — the Liz Truss interregnum — because rank-and-file Conservatives couldn’t stomach the fact that the party of Lord Salisbury and Winston Churchill would be led by an Asian gentleman with the name, Rishi Sunak. Truss was chosen by the membership — overruling the choice of Conservative members of Parliament — not on account of either her popular connect or ideological farsightedness, but because she seemed more electable than a ‘posh’ boy, a David Cameron-type politician, whose biggest liability was his ethnicity. Consequently, it took an almighty financial crisis and the Opposition Labour Party taking a 30-plus point lead in the polls for this squeamishness to be overcome.

Last week, after Truss bowed before the inevitable and announced her departure from 10 Downing Street, the Conservative MPs were in no mood to take further chances. There were at least two candidates for the leadership — the former prime minister, Boris Johnson, and the feisty Penny Mordaunt, who had the potential of beating Sunak in the poll of ordinary party members. My guess is that Johnson definitely, and Mordaunt possibly, would have prevailed against a man who is perceived as lacking the common touch. So the real stitch-up — about which we are likely to hear more in the coming days — lay in preventing the contest from entering the second round. For all the talk about the Conservative Party being a divided house, the backbench MPs showed enough resolve in preventing anyone other than Sunak from securing the endorsement of the requisite 100 MPs. The proverbial men in grey suits — alas, no longer in smoke-filled rooms — decided they needed a technocrat crisis manager and not a populist.

Historical analogies are never exact, but those familiar with the course of British politics in May 1940 will detect similarities. Tasked with replacing a prime minister who was better at ensuring clean drains than fighting a rampaging Hitler, the MPs homed in on Winston Churchill who was always regarded as an oddball. They preferred him over Lord Halifax — a former viceroy of India — who was cut from the same cloth as the discredited Neville Chamberlain. The MPs, in their collective wisdom, felt that war needed a very different leadership. Subsequent events proved them right.

In ‘normal’ times, given the profound social transformation of Britain in the past 50 years, Sunak would not even have been considered as the right man to lead the Conservative Party. But these aren’t ordinary times for Britain. Johnson was a fantastic campaigner. He had a way with words that is quite unmatched. He turned his natural chaotic and dishevelled self into an instrument of charm. He conjured up dreams of a resurgent Britain, ready to claw back its inheritance as a world power, freed from the shackles of the European Union. It was a dream that enabled the Tories to do the unimaginable: win a resounding majority of 80 seats in 2019 by breaching the seemingly impregnable Labour Party citadels in the north of England. The Tory victory of 2019 was, however, not a triumph of aspirational impulses, a sub-current associated with British conservatism since Benjamin Disraeli and Joseph Chamberlain. It owed considerably to fuelling resentment against ‘unelected’ apparatchiks in Brussels and against the middle class, the London left-wing set that had apparently taken over the Labour Party and made it inauthentic. Johnson was no Churchill, but he proved adept at using Churchillian imagery, especially that centred on the innate ‘greatness’ of Great Britain. Unfortunately, in office, he made a dog’s breakfast of governance and conveyed an impression of frivolity and smug superciliousness during the Covid-19 crisis. Somewhere between uncorking bottles of bubbly during the during lockdown and being economical with the truth when cornered, he lost the moral authority to remain prime minister. Even his amiable bluster couldn’t prevent Conservative MPs from insisting on his removal, if only to prevent the government from meeting a gruesome halal end.

It speaks volumes for Sunak’s expertise as a policy wonk and his leadership skills, albeit in an elite circle, that when the Johnson administration finally collapsed, most of the Conservative MPs regarded him as a worthwhile replacement. The formidable obstacles Margaret Thatcher had to negotiate — as a woman and as a grocer’s daughter— to become leader of the Conservative Party have often been commented on. Compared to the difficulties she encountered, Sunak’s climb to the top has been no less challenging.

As a politician of Indian ethnicity, Sunak was always a baby step short of being entirely an insider in the charmed circles of the Conservative Party. He may be the MP for Richmond in Yorkshire, a rural constituency that doesn’t boast any significant numbers of Asian voters. Indeed, his constituency has spared him of the need to dabble in identity politics, although he remains a proud Hindu, a vegetarian and a teetotaller. Despite his very plain origins — his father was a doctor and his mother ran a pharmacy in Southampton — he went to Winchester College (the school that nurtured the Nawab of Pataudi) where he rose to be school captain. Thereafter it was Lincoln College, Oxford, an MBA in Stanford University, and successful stints in Goldman Sachs and hedge funds before he moved to politics. In short, Sunak was the archetypal successful politician, a person whose presence enriched the Conservative Party and added value to a government. Yet, being a prize asset is different from being a leader of the party, the person whose face is presented to the entire electorate, and not merely in one constituency.

What has transformed him into the figure the Conservative Party believes it needs is the nature of the crisis. Britain needs a reassuring and trusted voice to deal with the markets. It needs to stabilise its economy, explain to the world of capitalism why radicalism is politically unsaleable, as the unfortunate Kwasi Kwarteng discovered. For that there was no better person than Sunak.

In his book,  The Road to Somewhere (2017), David Goodhart detected two types of public figure: the ‘somewhere’ man, rooted in national particularities, and the ‘anywhere’ man, the Davos man. Rarely in the political world is there a demand for the latter. Britain of 2022 is the aberration.