Angel in the house: Editorial on marriage market's indifference towards working women 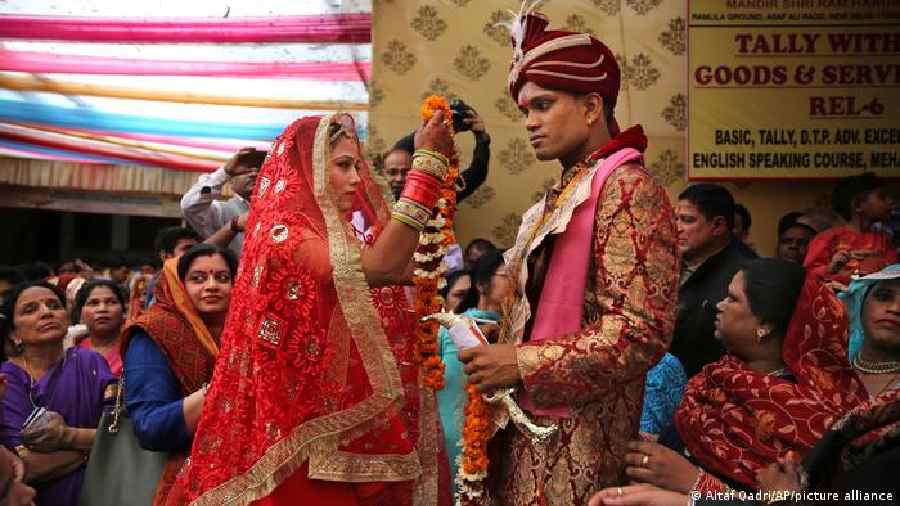 The compliant wife, the dutiful daughter-in-law, the goddess of the hearth — so to speak — is India’s ideal woman
File Photo (Representational Image)
The Editorial Board   |   Published 24.07.22, 03:21 AM

Inherited attitudes may sometimes fall flat, especially when circumstances have changed with time. But India’s attitude towards its women remains rigidly upright, because it springs from pure dislike. Indians do not like women: they refuse to allow them the space of fully functioning human beings who are free to develop their abilities at work and at home with the support of changes in the law, values and available facilities. That India’s development would leap forward if women worked and earned on the same principles as their male colleagues becomes immaterial in the face of this obduracy. This is not merely a denial of equal opportunities, but a desire to keep women under control, subjugated to social structures and expectations emerging from a system that makes men its crown. These are most obvious in marriage. A recent study has shown that women who work make fewer matches through matrimonial websites than women who do not. Would-be brides are alluring without jobs, so they win in the marriage race, while working women who are willing to become homebodies after they meet the in-laws of their dreams rank second.

The compliant wife, the dutiful daughter-in-law, the goddess of the hearth — so to speak — is India’s ideal woman. She does not aspire to an independent existence or expect equal duties and equal treatment in her marital home; she does not earn, hence poses no threat to the fantasies of ownership and control. Education will remain toothless as long as women pay this price. Only women with a high income attract suitors; love of the good life seems to overcome the annoyance and insecurity of having a working wife. Generally, however, the Indian home is inhospitable to the working wife and mother, one reason why women’s participation in the labour force in India is a miserable 20 per cent. Much of women’s labour is invisible too, since most women work in the unorganised sector. Invisibility makes women more vulnerable to exploitation and deprivation — they may not even be counted in the labour force.

While the marriage market in India is busy penalising women who dare to work and want to continue working after marriage, countries which support them have a better chance of prosperity. Flexibility and targeted facilities in the workplace could bring more women into the labour force even in India, but defeating the resistance to working wives is a different challenge. Or a set of challenges. For matrimonial websites have a class-specific relevance; there are numerous couples beyond their reach. Women who could be employed in the unorganised sector need support too, from security in the workplace to medical insurance. Economic stability would overcome the need for a demure wife if safety nets are in place. But matrimonial websites are naturally not interested in safety nets or workplace facilities for a working mother. They offer the greatest safety net of all — marriage. Happiness is meant to follow. Ever after.