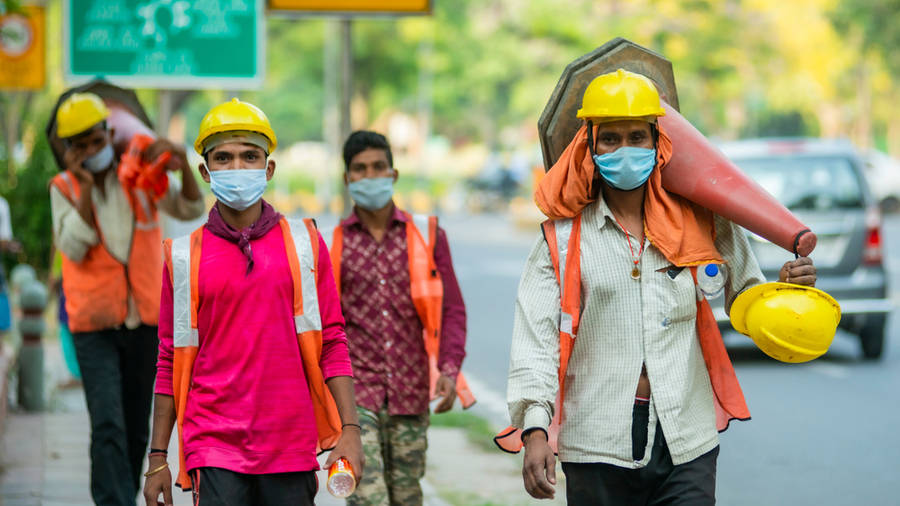 In a recent conversation with Rahul Gandhi, the Nobel laureate, Muhammad Yunus, stressed the importance of recognizing informal sector workers and giving them greater privileges and rights. Many of these workers are migrants who left their villages to seek a better life in the urban sectors of the economy. An overwhelming majority of them have no security of employment, disengagement privileges, provident fund, health insurance, the maximum hours of work, ration cards; some do not even have voter cards or proof of citizenship. Little wonder then that these people are invisible in the glittering lights of a shining India. The coronavirus pandemic has suddenly revealed the faces the nation does not want to see. Millions of them emerged on the highways of the nation like a large festering sore.

Migrant workers constitute only a part of informal sector workers. Mr Yunus is correct in pointing out that it would be a folly to return to a business-as-usual model after the pandemic peters out. This is thus a wonderful opportunity to reset the economy and society so that unemployment is minimal and incomes fair and adequate for dignified living for all. India’s informal sector is large and unorganized, leaving room for systematic exploitation of workers, many of whom are children. In the absence of comprehensive data about its size, occupational distribution or contribution to the economy, the informal sector remains a poorly understood and grossly neglected area for policymakers. While the government estimates the size to be about 93 per cent of the labour force, the Niti Aayog says it is around 85 per cent. There are a few laws covering migrant and informal sector workers, but most of the potential beneficiaries are not even registered as part of the workforce. Hence their rights are easily ignored. This also helps producers and businesses since wages are kept low and worker benefits are not paid. The largest number of informal workers on daily oral contracts is in the agricultural sector. Now, with many migrants returning home to their villages, the pressure on this sector has increased with higher unemployment or more underemployment. Able-bodied workers are not working to the full extent of their capabilities, but rather sharing available jobs. These people can no longer be ignored or forgotten. The least the government can do is to ensure that all workers are registered and receive the existing benefits the laws of the nation provide for.