Advertisement
Home / Opinion / 'Alien' substances in the air over Norway

'Alien' substances in the air over Norway

Is an experiment that introduces such substances in the atmosphere any less scary than the arrival of actual aliens? 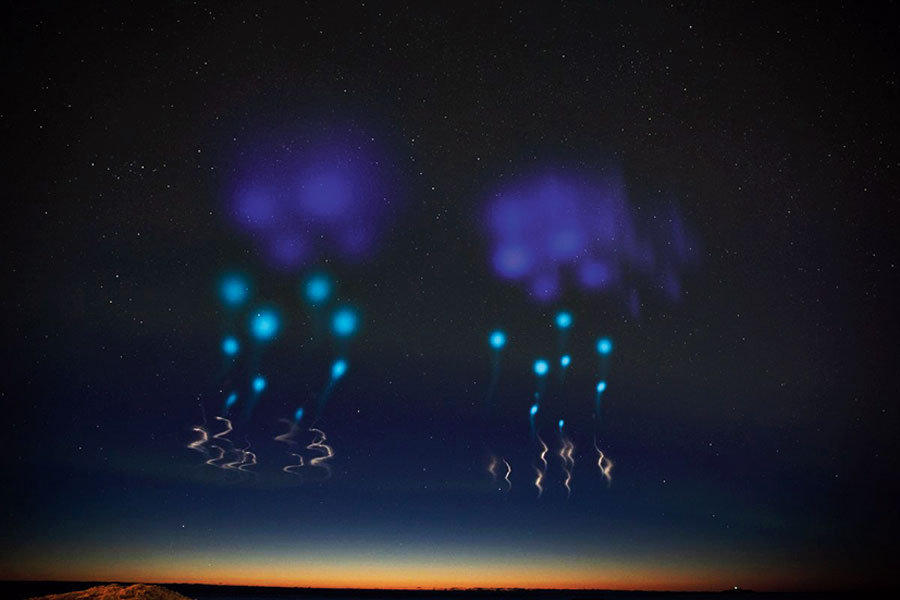 Colourful clouds formed by the release of vapours from the two AZURE rockets allow scientist to measure auroral winds
Source: NASA
The Telegraph   |   Published 12.04.19, 09:40 AM

Sir — A recent hearing in the Supreme Court argued for full disclosure of assets of judges, the process of their appointment and reasons for their rejection for a post (“SC openness vs trust query”, April 5). In this context it would be pertinent to consider what the eminent jurist, Fali S. Nariman, had once said. He argued for full transparency on the part of the judiciary regarding asset declaration. Nariman even mentioned in the United States of America, judges are required by law not only to declare their assets but also to explain the source of any gift worth $50 or more. Free flow of information is an integral part of democracy. It will not erode the authority of the judiciary; it will only add to the respect for the institution.

Terror has no faith

Sir — Just because a crime cannot be established in court — there can be several reasons for this — does not necessarily mean that those acquitted are innocent. Following the acquittal of those accused in the Samjhauta Express blasts, the president of the Bharatiya Janata Party, Amit Shah, asked, “Can a Hindu ever be a terrorist?” The answer is a resounding yes. In fact, the idea of Hindutva that he and his party so ardently preach is synonymous with terrorism.

Sir — The prime minister has hailed the acquittals in the Samjhauta trial while campaigning for the elections. According to him, this proves that there is no such thing as “Hindu terror”, a term that he claims has been coined by the Congress. Using religious sentiments to garner votes is unacceptable in a secular democracy like India. Yet, every political party uses religious issues to campaign. Political mileage is more important to them than the principles enshrined in the Constitution.

Moreover, it is well known that the BJP has Hindutva roots. On the other hand, the so-called secular party, Congress, has proved through its actions that it tries to appease the minority community. Further, has not the Congress president made overt attempts to prove his Hindu credentials by visiting temples? Are not such actions equivalent to toeing the Hindutva line set by the BJP?

Once the elections are over, the fanning of religious sentiments will also die down. This is typical of Indian politics. Had Indian elections followed the model of the United States of America where public debates among leading candidates are held, the political discourse here would not have sunk to such depths.

Sir — At an election rally in Wardha, Narendra Modi queried, “Is there a single incident in history of Hindus engaging in terrorism?” A simple look at history — one only has to look at the murderer of the Father of the Nation — will give him the answer. There have been many such incidents when Hindus have perpetrated violence on people from other faiths. So the answer to the prime minister

would be a yes. However, had the prime minister asked if the terrorists were truly Hindus, the answer would have been no. This principle is applicable irrespective of the religion of criminals and terrorists. Terrorism has no religion. It is thus reprehensible to hold Muslims responsible for terrorist attacks like the one in Pulwama.

The Election Commission must not let any political party misuse religion to gain political mileage during the elections. Section 123(3A) in the Representation of the People Act, 1951 specifically says that the promotion of or attempt to promote feelings of enmity or hatred between different classes of the citizens of India on grounds of religion, race, caste, community or language by a candidate or his agent or any other person with the consent of a candidate or his election agent for the furtherance of the prospects of the election of any candidate shall be deemed to be corrupt practices. Violations of this section are everywhere for us to see. The Election Commission must take immediate notice of this issue and stop political parties from violating this law.

Sir — To answer the questions posed by Narendra Modi and Amit Shah, yes, Hindus can be terrorists. So can members of any other religious community that once can think of. This is because religion has nothing to do with terrorism. A religion can be whatever one perceives it to be.

If misused it can easily be used to poison the minds of people.

Sir — If Hollywood is to be believed, all alien invasions target America. But people in Norway recently had reason to believe that they were the chosen ones. Unfortunately, the multi-hued clouds that were seen as a sign of alien invasion turned out to be the result of a rocket-launch by Nasa instead, which released trimethylaluminum and a barium-strontium mixture into the atmosphere to study the aurora borealis. While Nasa said that the chemicals “pose no hazard”, TMA is known to cause lung problems. Is an experiment that introduces ‘alien’ substances in the atmosphere any less scary than the arrival of extraterrestrials?