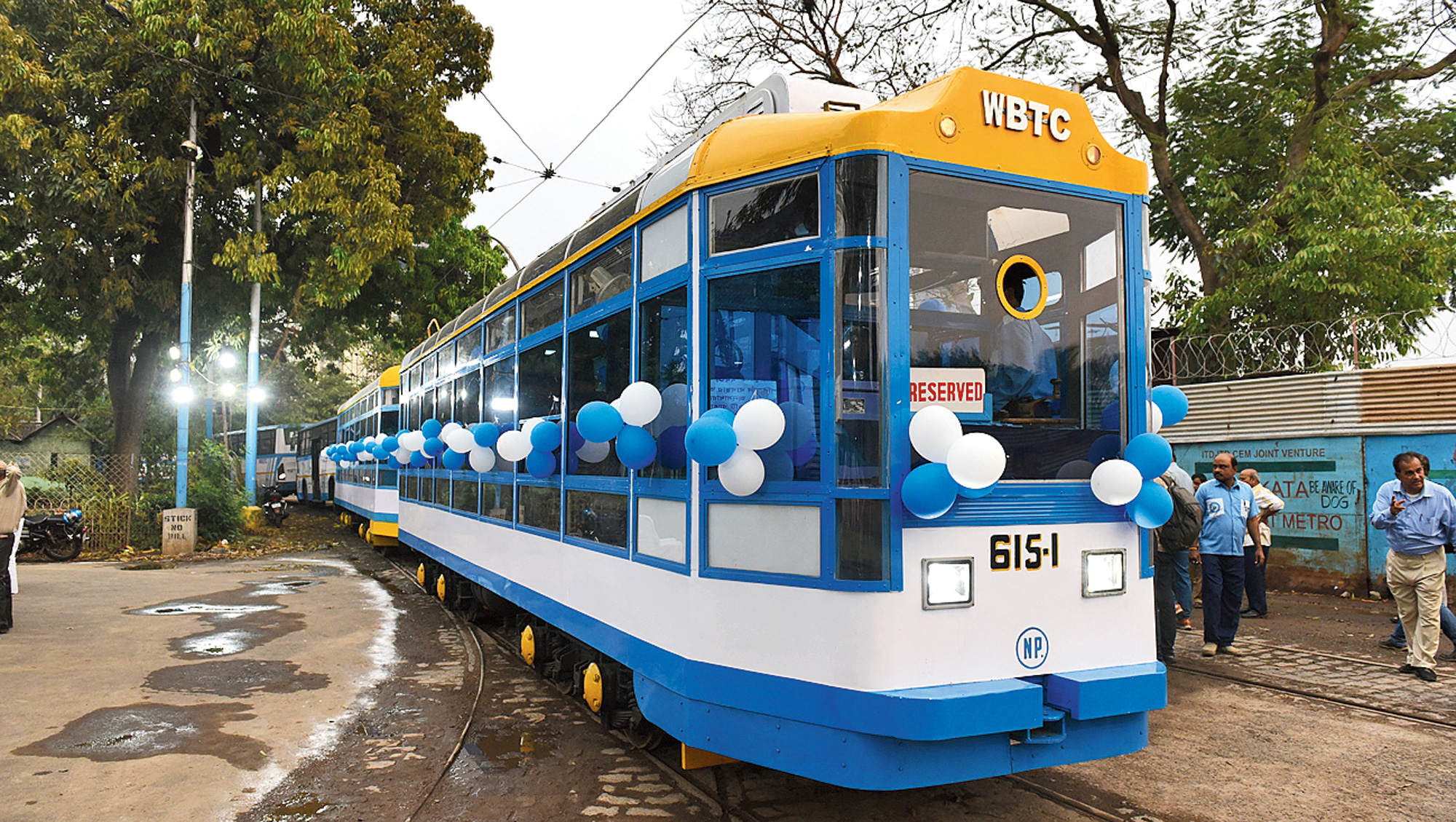 Sir — The West Bengal government is often blamed for the deteriorating condition of trams in Calcutta. But the efforts made by the authorities in recent years to revamp trams seem encouraging. From this summer, two air-conditioned trams will start ferrying passengers in the city. Last year, Calcutta saw its first restaurant in a tramcar. The idea of an air-conditioned tramcar is exciting; it will make transportation pleasant during summer. Since these trams will have single coaches, they are also expected to run faster. The government should come up with more innovative suggestions to revive the lost glory of trams and make the service profitable.

All for a win

Sir — After the recent bad blood between the Bharatiya Janata Party and the Shiv Sena, the parties have decided to set aside their differences and come up with a seat-sharing deal for the upcoming general and assembly elections (“BJP, Sena clinch seat-share deal”, Feb 19). This bonhomie is not surprising. Whenever elections are round the corner, political parties have a tendency of thinking about larger electoral gains rather than past disagreements. Moreover, this alliance was much needed for the BJP, especially after its loss in the three heartland states.

Unity is strength, goes the adage. As such, this merger can be a game changer for the BJP. Everyone knows that the Shiv Sena is powerful in Maharashtra. After its alliance with the BJP, it seems prepared to defeat the Opposition parties in that state.

Sir — In spite of being an ally of the BJP, the Shiv Sena has actively criticized the BJP in the recent past. In fact, last year, the Shiv Sena had announced that it would contest all future elections alone. However, it seems to have realized the possible implications of contesting the elections without an ally. The BJP, too, appears to have come to the conclusion that to face a formidable combine of the Congress and the Nationalist Congress party alone would prove disastrous for it. This is clearly the reason that the two right-wing parties have set aside their egos to join hands.

The alliance will, undoubtedly, tip the scales in favour of the right-wing parties. They will try to reap dividends by exploiting their shared ideological agenda of Hindutva. Moreover, the alliance will unite the supporters of the BJP and the Shiv Sena in the state, creating a formidable challenge for the Opposition parties. Other regional parties in Maharashtra should realize the strength of this coalition and come together if they want to dislodge the BJP-Shiv Sena government in the state.

Sir — After successfully negotiating a seat-sharing deal with the Shiv Sena, the BJP has also managed to form an alliance with All India Anna Dravida Munnetra Kazhagam in Tamil Nadu and Pondicherry for the general elections. Both these alliances are a boost for the BJP, which was on a sticky wicket ever since the Opposition parties put up a united front. The alliance has been strengthened with the inclusion of Pattali Makkal Katchi. This is only the beginning. Many more such alliances will be formed and broken before the general elections are announced.

Sir — It is heartening that the Supreme Court has asked states to take prompt action to prevent incidents of violence against, and intimidation of, Kashmiris and other minorities. While it is true that grief and anger are the dominating emotions across the country after the terror attack on the Central Reserve Police Force convoy, a civilized society cannot be permitted to resort to violence against their fellow countrymen. The incidents of ill-treatment of Kashmiris in different parts of the country violate the principle of equality enshrined in Article 14 of the Constitution.

Sir — The hatred for Kashmiris and the attacks on them in the wake of the Pulwama terror strike will play right into the hands of terrorist organizations. The latter will use these instances to mislead the already disenchanted youth in Kashmir. The apex court’s order is thus a godsend.