After Pulwama, a writer's dilemma

While we may all wish to be patriots, writers must never become propagandists 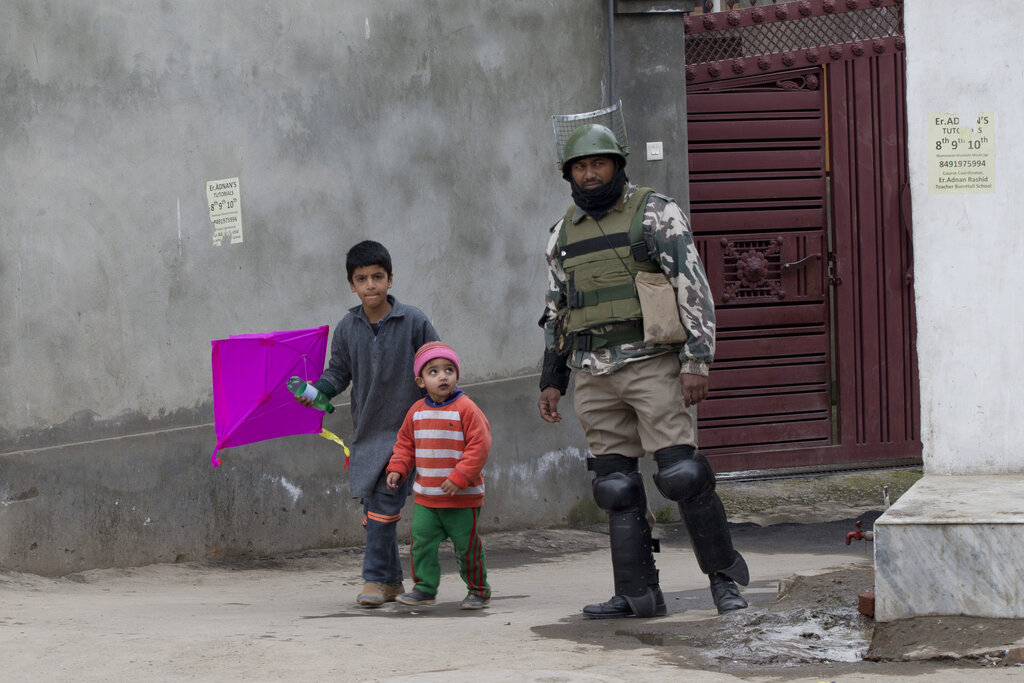 In 1940, George Orwell wrote an essay titled, “My Country Right or Left”. Britain and Germany were at war, the Luftwaffe was battering London, and the detached, sceptical writer was giving way to the emotional and engaged nationalist. In his essay, Orwell excoriated the “one-eyed pacifism” to which a section of the left-wing intelligentsia was subject. As a Socialist himself, Orwell had dreaded the outcome of war, and in the years prior to it had written pamphlets urging caution and moderation. But when hostilities actually commenced, Orwell immediately recognized that he was “patriotic at heart, would not sabotage or act against my own side, would support the war, would fight in it if possible.” Even the Conservative government then in power, he wrote, “was assured of my loyalty”.

Six years later, by which time the Nazis had been defeated and peace had returned to his country and the world, Orwell published an essay called “Why I Write”. Here, he listed four reasons why individuals chose to write books or essays, these being “sheer egoism”, “aesthetic enthusiasm”, “historical impulse” and “political purpose”. Of his own writing he stated: “When I sit down to write a book, I do not say to myself, ‘I am going to produce a work of art’. I write it because there is some lie that I want to expose, some fact to which I want to draw attention...”

Speaking of myself, when the Pulwama attack happened the patriot in me was stirred, moved, and angered. I was deeply unforgiving about Pakistan and the terror networks it had created. I was relieved that strong condemnations had come from countries once considered close to Islamabad, such as the United States of America. When the air strikes were launched from our side, I thought them justified. Our government’s restraint in the wake of 26/11 was aimed at shaming Pakistan in the eyes of the world. But clearly, that country and those who ran it had absolutely no sense of shame. A decade later, with Pakistan’s sponsorship of terror on Indians continuing unabated, the raid aimed at the Jaish-e-Mohammad camp in Balakot seemed to me to be justified.

However, I soon discovered what I should have known already; that the India of 2019 was not the Great Britain of 1940. For one thing, we were dealing not with a full-scale war, but with low-intensity conflict. For another, there was a general election around the corner which meant that the government in power in New Delhi would be viewing the conflict with Pakistan with one eye as to what it meant for India, and one eye as to what it meant to the Bharatiya Janata Party’s chances of re-election.

The partisan exploitation of the terror attack in Pulwama was not slow in coming. MPs from the BJP and Union ministers went to the home districts of the martyrs, clicking selfies with their coffins. A BJP-appointed governor issued tweets and the BJP president made speeches pitting Kashmir against the rest of India, hoping thereby to polarize the majority community in their favour. It so happened that a National War Memorial was to be inaugurated 10 days after the attack; an occasion tailor-made for the expression of national solidarity, except that the ruling party did not see it that way. A senior cabinet minister sought to ingratiate himself with his boss, tweeting: “It took the nation 70 years and the leadership of PM @NarendraModi to make India’s first #NationalWarMemorial a reality.” The boss himself used the inauguration to launch a broadside against the Congress and its First Family. Only he and his party, insinuated the prime minister in his speech, had ever done anything to make the country feel more secure.

This was all pretty awful, given the larger context of terror and a possible war looming with Pakistan. Even worse was to follow. After the air strikes across the border on February 26, the BJP president, Amit Shah, tweeted “Today’s action further demonstrates that India is safe and secure under the strong & decisive leadership of PM @narendramodi.” This was perhaps to be expected, since propriety and decency are absolutely foreign to Amit Shah who will do anything to win an election. Much more disappointing was to see a serving Union minister, who was himself a former army officer, tweet that the air strikes were proof of “a decisive, new India under PM @narendramodi ji’s leadership”. Later the same day, the prime minister himself gave a political speech in Rajasthan, with photographs of the Pulwama martyrs as his backdrop.

It is time to invoke George Orwell once more. I have quoted from two essays of his; now I shall quote from two of his books. One, Animal Farm, has a character named Napoleon, who, despite his name, was inspired more by a living Russian dictator than a dead French one. Of this SuperMan, here transformed by fiction into a Super-Animal, Orwell writes: “Napoleon was now never spoken of simply as ‘Napoleon’. He was always referred to in formal style as ‘our Leader, Comrade Napoleon’...” And again, that “it had become usual to give Napoleon the credit for every successful achievement and every stroke of good fortune.”

The other book of Orwell’s that comes to mind is, of course, 1984, with its Ministry of Truth that deals in lies, its Ministry of Love that spreads hate and suppresses dissent, its Newspeak and its Thought Police, its Big Brother who is watching and monitoring you. 1984 even anticipates the Indian Right’s troll army, with the novel featuring a propaganda film called Two Minutes Hate, where the audience found “it was impossible to avoid joining in... A hideous ecstasy of fear and vindictiveness, a desire to kill, to torture, to smash faces in with a sledge-hammer, seemed to flow through the whole group of people like an electric current...”

Modi’s India is not Stalin’s Russia. That country went from one form of absolutism to another, from rule by a Tsar to rule by a Communist despot. Our country has had 70 years of free elections, involving many changes of parties and leaders, at both Central and state levels. At the same time, my India is not Orwell’s England either. Our press is much more compromised, our institutions weaker and subject to capture, our politicians self-interested rather than public-spirited in their orientation.

As I draft this column, on Thursday, it is a full two weeks after the Pulwama attack. The prime minister hasn’t yet met with Opposition leaders who, surely, must be informed of what he and his government intend to do to safeguard the country’s security. On the contrary, in a striking (but all too characteristic) display of his style of politics, he has just conducted a video conference with BJP workers across the country, where he has mocked Opposition parties as corrupt and opportunistic.

What, then, are the obligations of a writer or reporter in a time like this? Must he or she swallow the government’s line entirely, since a state that borders ours is waging a covert war against us? Must he or she go along with the personality cult that is sought to be created by the prime minister’s cabinet colleagues and by what is aptly referred to as the ‘Godi (or lapdog) Media’? Or else, should we call out the government for its failures and mis-statements? Should we not ask why our intelligence agencies were unable to anticipate the Pulwama attack, and, more importantly, why the government made what appear to be exaggerated claims about the casualties caused by the air strike on Balakot? Would not exposing claims made for partisan purposes be, in fact, an exercise in patriotism? Further, should we not, in our articles and programmes, obsess less about the next elections and focus more on how India can best contain/vanquish terror in the medium and long term?

There are no generic answers to these questions. It is enough that we are aware of them, and deal with them according to our own individual inclinations (and conscience). It is natural and often admirable to love one’s land, culture, country and compatriots. However, while we may all wish to be patriots, writers (as well as television anchors) must never become propagandists for a leader, party, or government.

What's with the circles of the National War Memorial

Calming the storm: India should direct international pressure on Pakistan