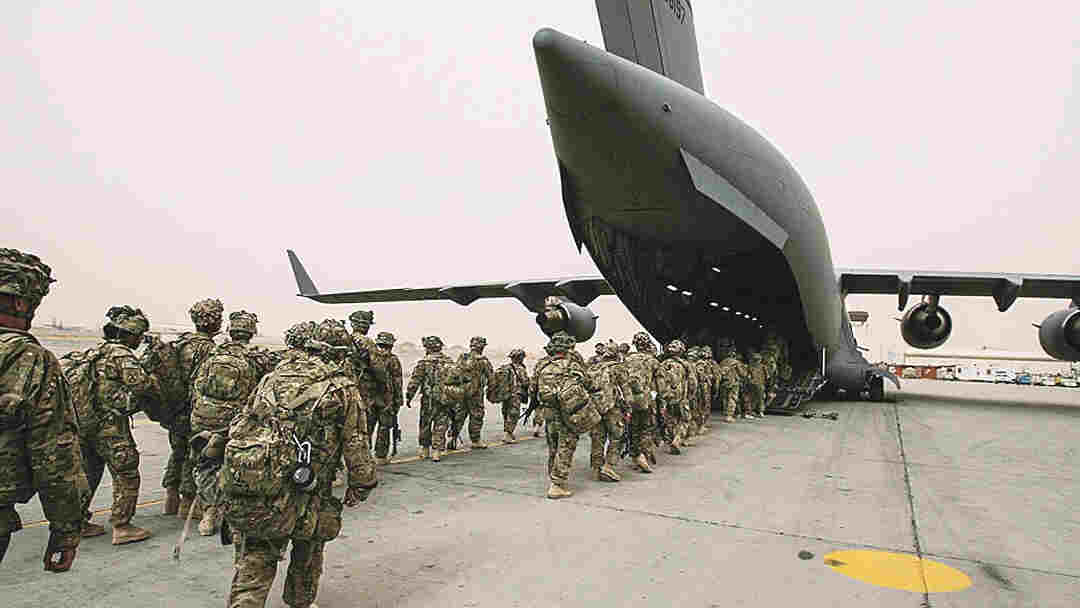 Last Tuesday, The Times (London) published a revealing report on the present state of the erstwhile military base of the United States of America, built at a cost of $68 billion, in Bagram on the outskirts of Kabul. The base — more akin to a self-sufficient township — has a 3,600-metre runway and, according to the report, is “capable of landing the Lockheed C-5 Galaxy transporters and Boeing C-17 Globemasters”. In addition, there are staff quarters, a fully-equipped field hospital, and even a prison that, at its peak in 2011, housed some 3,000 Taliban prisoners.

At the dead of night on August 15, the US forces abruptly evacuated Bagram, leaving behind sophisticated arms and ammunition, hundreds of vehicles, combat helicopters and much more. Today, this military facility is in the control of Taliban forces that took pride in organizing conducted tours for the handful of Western journalists that remained till the last evacuation flight home. Speaking to The Times, Maulawi Hafiz Mohibullah Muktaz, a 35-year-old religious preacher and fighter from Kandahar, couldn’t conceal his glee. “Never in our wildest dreams,” he confessed, “could we have believed we could beat a superpower like America with just our Kalashnikovs…When you do jihad all doors open. Our lesson is that we defeated America with our faith and our guns and we hope now that Bagram can be a base for jihad for all Muslims.”

The triumphalism of this mid-level Taliban functionary who was once incarcerated by the US forces in Bagram was warranted on two counts.

First, the speed and the scale of the Taliban victory were dramatic. The regime of President Mohammad Najibullah had held out for nearly three years after the last of the Soviet troops departed from Afghanistan; the Ashraf Ghani regime collapsed barely two weeks after the evacuation of Bagram by the US. The remaining US and Nato forces that left by August 31, along with those lucky Afghans who managed to board the evacuation flights, did so after being guaranteed safe passage by the Taliban. The humiliation of
the Western powers, but particularly the US that had poured an estimated $2 trillion into the Afghanistan project — more than what had been spent on the rebuilding of Europe after World War II — was total.

Secondly, the humiliation in Afghanistan has, predictably, been accompanied by a wave of political recriminations against those believed to be responsible for the debacle. The ire has naturally been directed at President Joe Biden, who has been charged with imbecility, cowardice, selfishness and worse by his critics at home and abroad. The anger is particularly marked in the United Kingdom and France, with influential voices in both countries expressing the view that the special relationship with the US that had endured since 1941 was nearing its end. The feeling that the non-aggression pact negotiated by the Donald Trump administration — and endorsed by his successor — with the Taliban at Doha in February 2020 has left Europe vulnerable to jihadi attacks hasn’t helped matters either. Additionally, there is concern that a sizeable chunk of the five lakh or so Afghans intent on fleeing Taliban-controlled Afghanistan will make their way into Europe, adding to the existing social tensions over immigration. As the German defence minister, Annegret Kramp-Karrenbauer, expressed it: “Afghanistan is also about our identity as a nation, a nation that wants to stand up for and do what is right.” The clear implication was that what the US had done was indefensible.

Despite what the Taliban functionary told The Times about Afghanistan resuming its role as the epicentre of a global jihad, there may not be any immediate security threat to the West. The new rulers in Kabul are likely to devote their immediate attention to bringing about a measure of internal coherence, putting in place a structured leadership, putting down pockets of resistance, and imposing its vision of social control. There are indications that the Taliban will be loath to engage in bouts of adventurism before they have time to consolidate their rule. Of course, this does not preclude a chunk of the weaponry abandoned by the US from finding its way into Kashmir through Pakistan. It also does not rule out the establishment of terrorist training camps run by groups such as the Lashkar-e-Toiba and Jaish-e-Mohammad, targeting India. The return of the Taliban to power in Afghanistan has been a big victory for Pakistan and Islamabad will leave no stone unturned to use this ‘strategic depth’ to target its historic enemy—India.

For India, the challenges are formidable. Although New Delhi’s capacity to influence the situation on the ground in Afghanistan was very limited, it was perhaps the only power in the region that was uncompromising in its opposition to the restoration of Taliban rule. All other regional powers — particularly China, Iran and Russia — had either assisted the Taliban militarily or encouraged them in other ways. They were united in using the traditional Afghan antipathy to the presence of foreign troops to undermine the US. As of now, the exercise has been a resounding success as America stands diminished before the world, with even its allies questioning its ability to shoulder global responsibilities.

The next few years may witness a churning in the US as it tries to discover a new role for itself that doesn’t involve either playing the world’s policeman or imposing its version of nation-building on countries that have other political traditions. Such an existential dilemma may also confront the European Union, which, too, has its own version of universality that it seeks to implant all over the world.

The puncturing of both American and European certitudes doesn’t, however, imply that all grandiose empire-building projects have been rebuffed. The undermining of the US’s political and military influence globally, not to mention the signs of the breakdown of the mould of America’s domestic politics, has come at a time China is on the ascendant. Its ambitious Belt and Road project is certain to get a big fillip with the presence of a friendly regime in Afghanistan. The gains will be all the more if economic inroads, including lucrative mining concessions in Afghanistan, are matched by the Taliban’s ability to rein in the Uighur insurgents in Xinjiang province. Like the US once did, China has its own hegemonic strategy for Asia. For the moment, Beijing’s ambitions are not directly in conflict with Russia which, under President Vladimir Putin, is intent on pursuing two goals: undermining the influence of the US in Europe and recovering the influence of the erstwhile Soviet Union. Neither objective has been undermined by the turmoil in Afghanistan.

There is, however, one big imponderable. The turbulence in Afghanistan was also, in many ways, a civil war involving doctrinaire mullahs, tribal society and modernist Muslims. The decimation of the modernists at the hands of those who flaunt their rejection of all contemporary notions of social progress is bound to cause tremors in different parts of the Islamic world in the same way as the Islamic revolution in Iran did in the 1980s. It is impossible at present to predict how this will play out, but it will not be surprising if the Taliban 2.0’s notions of Statecraft draw more from Pakistan’s Jamaat-e-Islami and Egypt’s Muslim Brotherhood than from the ideals of Mullah Omar and the Islamic State in Syria and Iraq. The sectarian suspicion of Shias rules out Iran having more than a marginal influence on players in Afghanistan.

The so-called liberal version of universality has received a severe blow, but alternative projects based on either theological certitudes or Middle Kingdom fantasies are also filling in the void. This is certain to make India and its neighbourhood very troubled.