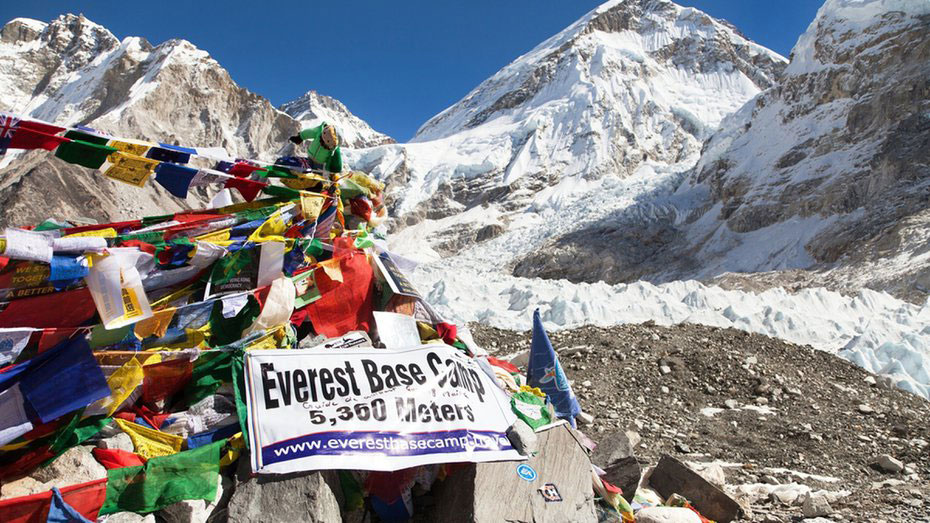 Earlier this year, hundreds of aspiring Everest climbers had to queue up for hours, leading to the death of at least three people
(Shutterstock)
The Telegraph   |   Published 26.08.19, 08:04 PM

Sir — The Union home ministry recently lifted mountaineering restrictions on 137 Himalayan peaks, including the Kanchenjunga. This has particularly miffed Sikkim, as 12 of the peaks are considered sacred. Earlier this year, hundreds of aspiring Everest climbers had to queue up for hours, leading to the death of at least three people. While Nepal has set new rules for climbers, the decision of the Indian government, which hopes to promote adventure tourism, heightens the risk of similar incidents on this side of the mountain range. Financial gain cannot trump ecological concerns and the well-being of the people.

A masked protester walks through clouds of tear gas in Hong Kong. Three months of this protracted tussle have tarnished the image of China, which, at least on paper, espouses a philosophy of peace and tolerance. The communist government’s attempts to suppress the unrest are unjust.
(AP)

Sir — The ongoing impasse in Hong Kong between the police and ordinary citizens has attracted the attention of the international community. The proposed extradition law, which allows the deportation of offenders from Hong Kong to mainland China, violates the autonomy accorded to the region.

Three months of this protracted tussle have tarnished the image of China, which, at least on paper, espouses a philosophy of peace and tolerance. The communist government’s attempts to suppress the unrest are unjust. It should have been handled differently. In the meantime, the Hong Kong airport has had to bear the brunt of the upheaval. The situation in Hong Kong has led to huge financial losses.

This inspirational movement has demonstrated that democratic voices cannot be silenced by the State. The onus now lies on Beijing to resolve the matter without throttling dissenting voices.

Sir — The current state of affairs in Hong Kong — which has enjoyed democratic rights in the 22 years since its integration, as opposed to the inhabitants of mainland China — is worrying. The proposed extradition bill, if passed into law, will pave the way for greater Chinese interference in judicial matters, resulting in gross violations of the liberty and dignity of Hong Kong’s residents. The protests are, thus, valid.

The mass agitations should not be suppressed. The temporary suspension of the bill by Hong Kong’s chief executive, Carrie Lam, cannot be a real solution to the problem. China should reaffirm its earlier commitment to ensuring Hong Kong’s autonomy.

Beijing and London had signed a joint declaration which clearly states that Hong Kong shall enjoy civic freedom and autonomy for 50 years after reunification. As such, any sort of bullying or aggressive attempt to subjugate Hong Kong by China’s communist government is deplorable.

Sir — The continuous protests in Hong Kong in response to the now-shelved extradition bill must be dealt with properly. Peaceful dissent is the right way to express unhappiness with the government. Democratic ways of protesting contribute positively to society.

Sir — The protests in Hong Kong have attracted the attention of the world ever since their escalation in June. Although Hong Kong was handed over to China in 1997, it has a separate currency, political system and cultural identity. Hong Kong’s legal system is distinct from the People’s Republic of China. A combination of English common law and local legislation is in place there.

Chinese officials had pledged to respect the former colony’s autonomy. Recent incidents, however, indicate that China intends to have ‘complete jurisdiction’ before the 50-year time period is up. This has triggered the confrontation between the Chinese government and Hong Kong’s people. The situation is spiralling out of control. This has led to worries that the iron first that quelled the Tiananmen Square protests in 1989 might also crush the protests in Hong Kong.

Sir — It is unfortunate that Mohammed Zahur Khayyam, the ‘musical magician’ behind some of Bollywood’s most celebrated soundtracks, has passed away. His contributions to the music industry are immense. Unlike present-day composers, he could expertly fuse Hindustani classical music with ‘filmy’ styles.

Khayyam’s compositions often outshone those of his contemporaries. The melodies of Kabhie Kabhie, Umrao Jaan and Noorie, among others, are classics. Lata Mangeshkar was right to say that his demise signals the ‘end of an era’.

Sir — It its often hard to come by someone like M.Z. Khayyam in the Hindi film industry; he was both a talented composer and a good human being. He established a charitable trust in the memory of his son and pledged to donate all his assets to support budding artists and technicians in the industry.

Sir — The demise of the veteran music composer, M.Z. Khayyam, brings an end to a particularly special era in music. He was one of the few musicians whose outstanding work moved audiences across generations. His compositions will always be appreciated.