Advani’s homily: The horror, the horror

There is no floor to the pit of majoritarian politics: there are lower depths to its lower depths 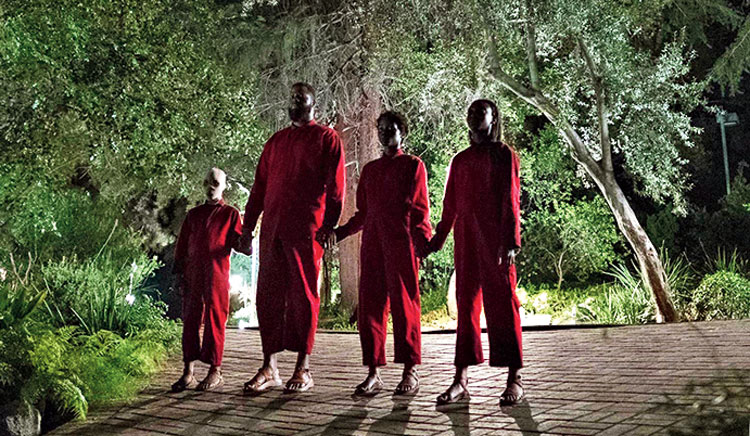 A still from the film 'Us'. For a film made by an American, it captures Hindutva’s hideous rage with eerie precision
(Image source: Universal Pictures' channel on YouTube)
Mukul Kesavan   |   Published 07.04.19, 02:18 AM

Thanks to L.K. Advani’s recent blog post, I now know that April 6 is the Bharatiya Janata Party’s birthday. I wish I didn’t. It’s like being able to date the beginning of the end. Advani’s post is a marvel of passive-aggressive self-promotion. Denied his Gandhinagar pocket borough by the BJP, he reminded his readers of his long innings as a parliamentarian, the decades he had logged in the RSS since signing up as a teen, and, in passing, the fact that he had founded the party that had now retired him. For someone who had spent his life in Vajpayee’s shadow, being replaced by Amit Shah must have been peculiarly wounding: the symbolism of one lifelong No. 2 being superseded by another can’t have been lost on him.

Advani’s pique at being pensioned off in his prime (he’s just ninety-one), prompted a homily about the need for civility in politics and the importance of not challenging the patriotism of your opponents. This was a barb aimed at Narendra Modi’s tendency to describe his political adversaries as treacherous ‘anti-nationals’. But the pearl beyond price in his post was the sentence that began “The essence of Indian democracy is respect for diversity...”

This took me back twenty-three years, to April 23, 1996, and another general election. I was at Gulab Bari, Shuja-ud-Daula’s tomb in Faizabad, waiting for Advani to address a public meeting. He was running three-and-a-half hours late but his support acts, the BJP speakers tasked with holding the crowd till the maestro arrived, were riffing on his party’s respect for diversity.

Trenchant things were said about medieval Muslim rulers and marauders who had disfigured our history by dishonouring our women and destroying our temples. But one speaker, in full metaphorical flight, soared over the rest. “Four years ago,” he said, “on the 6th of December, the Nation and the World, saw a miracle on the sacred ground of Ayodhya: they saw the natural order of things reversed, they saw a cow bite a dog!” The difference between Advani and Modi is that Advani got others to say the unspeakable things he dreamt up but couldn’t say. The prissy respectability of his bada babu persona didn’t allow him to voice them; his ideological heir is free of such shabby-genteel inhibitions.

No, the real lesson of Advani’s post and his political career isn’t his hypocrisy about civility and diversity, the real lesson is twofold. First, that there is no floor to the pit of majoritarian politics: there are lower depths to its lower depths. Second, that because majoritarianism is capable of more wickedness than people can imagine, progressive politics consists simply of doing everything possible to thwart it.

Which takes me back to the 1991 election. The year 1991 was a good one for Advani: it marked the first year he won the Gandhinagar seat which he has held ever since. He lets you know as much in his post. What he doesn’t mention is that he had taken the precaution of standing from two places that year, the other one being the New Delhi constituency. His chief rival in New Delhi was the Congress candidate, Rajesh Khanna. I remember this vividly because it was my constituency. It was the first time in my life that I voted for the Congress; after the Emergency and then the pogrom of 1984, my generation of Left and liberal voters considered the Congress politically radioactive. But the chance of inflicting a defeat on Advani, the man who was the face and the ideologue of the campaign to raze the Babri Masjid and redefine Indian politics, made this an easy decision for the sensible voter. Or so I thought.

Advani squeaked home by just over 1,500 votes. Twenty thousand left-wing voters voted for the Janata Dal candidate, Manju Mohan, because she was a socialist. They passed up the chance of politically humiliating the architect of the largest communal mobilization in republican India’s history, in the nation’s capital, for the warm fuzzy glow of political tribalism. The rest is history. The wind in his sails, the next year Advani watched as the vigilante battalions he had mobilized razed the Babri Masjid in his presence and changed Indian politics forever.

Nearly thirty years later you hear people of goodwill wondering if Kejriwal is kosher enough or Mamata too authoritarian or the Samajwadi Party too lumpen or Mayavati too unreliable or Rahul Gandhi too part-time to vote for. You read respectable pundits argue that the jury’s still out on Modi because there have been no pogroms on his watch. Non-violent relatives and friends cluck disapprovingly when Adityanath talks of India’s soldiers as ‘Modiji’s army’ and in the same breath argue that it’s all talk, that the ‘Yogi’ will be tamed and domesticated by office. When the prime accused in cow-goonda lynchings turn up as honoured guests in Adityanath’s public meetings, good, caring people will look away and talk up Modi’s modernity instead. The truth is that majoritarian thuggery is the calling card of one kind of contemporary modernity: Duterte, Bolsonaro, Erdogan, Orbán, Trump... you just have to look around.

There’s no difference between Modi and Adityanath; it’s why Modi hand-picked him to rule Uttar Pradesh. Both of them are majoritarians and majoritarianism is a progressive condition. The more it wins, the more feral it becomes. Golwalkar begat Advani, Advani begat Modi, Modi begat Adityanath and Adityanath (mis)begat a generation of cadres who have been taught to accept that murderous vigilantes should be lionized and felicitated. It isn’t hard to imagine where things go from here.

As it happens there’s a film possibly playing in a cinema hall close to you that does the imagining for us. In the brouhaha about the feature film talking up the prime minister, the Election Commission has overlooked a much bigger, much more successful film that makes the Opposition’s case for it in a direct if somewhat gory way. What makes the EC’s indifference more surprising is that this is a Hollywood film, therefore a foreign intervention in India’s domestic politics. It’s an allegorical film framed in a genre that has frequently been used to make large political points, namely horror.

Us shows ordinary people being brutally replaced by subterranean doppelgängers dressed in red. These soulless, violent, resentful usurpers overthrow a complacent society that didn’t heed the warning signs and they achieve this, not overnight, but through meticulous, long-term planning. Jordan Peele, the director, suggests through cleverly planted symbols and references that these brutish doppelgängers might represent the baser instincts of the normal people that they replace. For a film made by an American, Us captures Hindutva’s hideous rage with eerie precision. Understandably, Peele gets some details wrong: Hindutva’s true believers might wear a signature colour but they are unlikely to wear zippered jumpsuits and three-pointed trishuls are likelier to be their weapon of choice than two-pointed scissors. But he gets the horror of it right, especially the terrifying closing image of an endless linked line of colour-coordinated human figures, proclaiming a new dominion.

Our zealots in orange are here already. They haven’t been underground for a while now. Like the movie, they’re coming for everyone. But this isn’t home invasion horror from Hollywood. This is real. This is us.