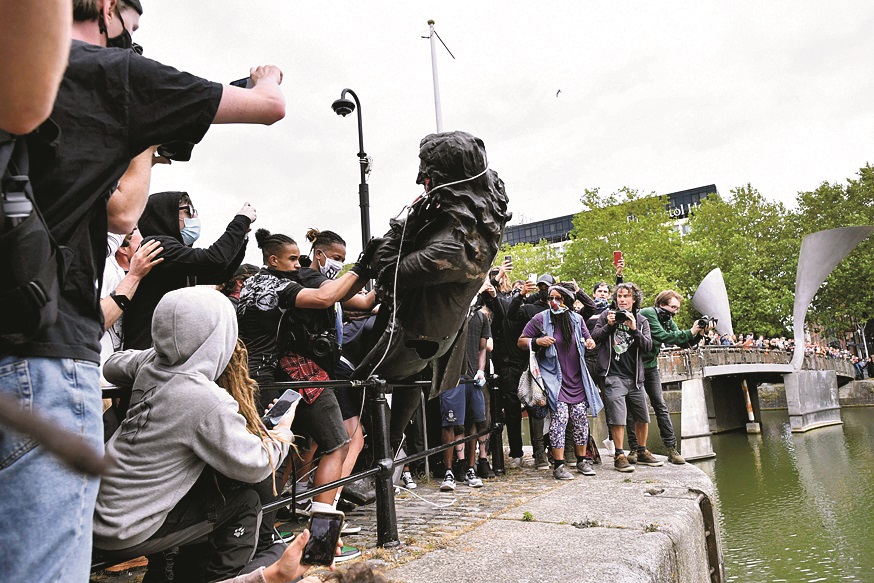 In the world that existed in my student days, Nigel Biggar, the Regius Professor of Moral and Pastoral Theology at the University of Oxford, would hardly have come remotely close to being described as a ‘contrarian’. In the 1970s, right up to the mid-1980s at least, the top echelons of the humanities departments in the Western universities were dominated by scholars whose views were rarely at variance with the mainstream thinking of either the government or, at best, the Opposition party of the day. Their concerns may have been wildly esoteric — or even quite dreary — but in their approach, they epitomized a broad range of both mundane and eccentric thinking.

Take the Commonwealth History seminar that used to be conducted by Professor Ronald Robinson — or Robbie as he was affectionately known — each Friday afternoon during term in a corner room of Nuffield College, Oxford. It was, even by the standards of Oxford, a somewhat recondite seminar. The papers ranged from assessments of Lord Lugard’s indirect rule in Nigeria and the recruitment challenges of the Sudan Political Service to the dissection of the counter-insurgency strategies of either Sir Charles Tegart (formerly a police commissioner of Calcutta) in Palestine or Sir Gerald Templer in Malaya. Apart from a clutch of doctoral students who were seen making copious notes, the seminar boasted a fair number of regulars who were invariably veterans of the British colonial service. They injected a fair amount of nostalgic bonhomie to the proceeding but also laced it with a considerable measure of erudition. Those who served in the colonies as administrators were, after all, men of scholastic achievement.

In the initial days, I used to find this Friday afternoon gathering somewhat strange and even comic. However, over the years, my perceptions changed drastically. Apart from being able to appreciate the British Empire as something much more than just the Indian experience, the journeys into Africa, the Middle East and the decision-making processes of the Colonial Office suggested that there was much more to history than over-generalized — and over-emotive — theories of colonialism and imperialism. In hindsight, I was exposed to old-fashioned empirical research at its best.

I was reminded of the Commonwealth History seminar by last week’s disturbances in Bristol — a fallout of the Black Lives Matter uprising that began with the brutal and needless killing of George Floyd, a black man, by a policeman in Minnesota. The murder — and I have no doubt that the wilful suffocation of a handcuffed man is murder — in Minneapolis triggered a reaction all over the United States of America and led to peaceful demonstrations, riots and a political stir. Inevitably, the BLM stir spread across the Atlantic and there were large demonstrations against institutionalized racism in Western Europe. The demonstration in Bristol got a bit out of hand and led to the protesters assaulting a statue of one Edward Colston, situated on the waterfront, pulling it down and rolling it into the river. The ire against Colston was on account of the fact that he made his fortune in the slave trade, although the reason why he was commemorated in Bristol was for his philanthropy. The Bristol incident overshadowed the partial desecration of the statue of Sir Winston Churchill in London’s Parliament Square.

In the House of Commons last Monday, the British home secretary, Priti Patel, was scathing in her denunciation of the protesters who defaced and destroyed public monuments: “This hooliganism is utterly indefensible... The criminals responsible for these unlawful and reckless acts are betraying the very cause they purport to serve.” Patel’s robust defence of law and order, in turn, prompted London’s mayor, Sadiq Khan, to accuse her of “breathtaking” lack of empathy. A more extreme perspective was offered by an unidentified protester who smeared the word, ‘racist’, on the pedestal of Churchill’s statue. He told the BBC that he was angry: “I’m angry that for many years we have been oppressed. You can’t enslave people, have the largest colonial empire in history and then try and be like ‘yeah, let’s be peaceful, let’s talk’... He didn’t fight the Nazis... for any personal freedoms, he fought the Nazis sheerly to protect the Commonwealth against the invasion. He didn’t do it for black people or people of colour, he did it sheerly for colonialism.” Interestingly, the denunciation of Churchill found favour with some Indians on social media. Their dislike of the man stemmed from his callous disregard of Indian lives, particularly during the Bengal famine of 1943 that led to an estimated three million starvation deaths.

That BLM has aroused strong passions — strong enough to effect a sharp division in the US establishment over a possible deployment of the military against rioters — is undeniable. Indeed, feelings are so strong that there seems to be competition among individuals, institutions and even countries over the strongest steps to relegate racism to the dustbin of history. Yet, it is precisely at such a moment of extreme headiness that it is worthwhile asking how the notables of the Commonwealth History seminar would have reacted. Having witnessed the Empire in all its glory and then confronted with Indian Independence, the Suez crisis of 1956 and the gradual decolonization of Africa, how would they have faced up to moves to wipe the symbols of Empire from public spaces?

The remaining notables who ran the British Empire are probably no longer with us, their feats recorded in the obituary columns of The Times and The Daily Telegraph. The nearest thing we have to that bygone generation is Professor Biggar, a scholar who incurred the wrath of his academic colleagues when he proposed a research project on the ‘ethics’ of the British Empire. The mere suggestion that a project such as the Empire was grounded in conflicting impulses — including a strong sense of ‘good’ — was thought to be scandalous and incompatible with contemporary notions of correctness.

In a letter to The Times on June 9, Biggar wrote: “When the citizens of Bristol erected a statue of Edward Colston in 1895 they did it to celebrate his philanthropy, not his slave-trading. Similarly, Horatio Nelson, despite being a slave-owner, had his London column raised in 1843 to celebrate his famous naval victory at Trafalgar.

“Most of us are a mixture of good and bad. Which aspect other people focus on is a matter of choice. Christopher Codrington was also a slave-owner, who founded a theological college in Barbados. Yet contemporary Barbadians working and studying at Codrington College, many of them direct descendants of slaves, apparently feel no need to expunge his name. Why, then, did Sunday’s anti-racist protesters, most of them with far weaker ties to historic slavery, choose to topple Colston?”

His answer was characteristically stinging: “Among the reasons surely lies the political power of adopted victimhood.”

In plain English, Biggar was suggesting that there is no uniformity in the black experience of slavery and post-slavery racism. The experience of police brutality in Minnesota, indeed the whole of the US where a gun culture has blunted sensitivity, cannot be transplanted to societies that have evolved differently. To do so could well be fashionable but, as with most fashion, would also be seasonal.

That, I suppose, was among the underlying themes of the Commonwealth History seminar where the emphasis was on specific experiences and not grand theories.