Adityanath's story on the Sonbhadra firing is full of holes

Priyanka Gandhi Vadra’s conduct, on the other hand, has been impeccable 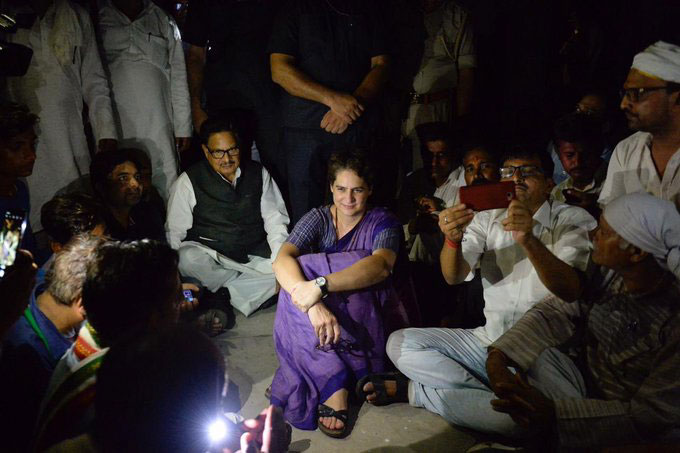 Priyanka Gandhi Vadra during the dharna at Chunar Fort Guest House in Mirzapur on July 19, 2019. Unlike some of her senior colleagues who relish the role of arm-chair activism, she chose to take the battle to the BJP
(PTI)
The Editorial Board   |   Published 23.07.19, 03:50 AM

The Bharatiya Janata Party’s attraction for the past is understandable. Some urgent, contemporary issues can be confined to the dustbin of history this way. The ‘original dispute’ that resulted in the killing of 11 tribal people by an upper caste mob in Umbha, Uttar Pradesh can then be blamed on the ‘mistakes’ committed by past administrations rather conveniently. Perhaps jolted by the dharna organized by Priyanka Gandhi Vadra — Mr Adityanath’s government had arrested the Congress leader when she attempted to visit the victims’ families in the village — the chief minister was forced to come out with a rather singular explanation for the tragic events. Mr Adityanath has pointed fingers at the Samajwadi Party for the gruesome crime, adding that Congress governments of the past were responsible for failing to allot the land to the adivasi villagers. Unfortunately for Mr Adityanath, several crucial questions remain unaddressed even in this version of events. For instance, why did his government allow the disputed tracts of land to be mutated in the name of a village chief who is the prime accused in the massacre? What about the allegation that some members of the local police were aware of an impending attack? Why were repeated pleas by the Gonds to take action against the perpetrators ignored?

Passing the buck works only when the alibi is perfect. Mr Adityanath’s excuses, much like the response of the present administration, reveal too many inconsistencies. Ms Vadra’s conduct, on the other hand, has been impeccable. Unlike some of her senior colleagues who relish the role of arm-chair activism, she chose to take the battle to the BJP. She reached out to the oppressed, thereby conveying a sense of support, and refused to budge in the face of intimidation. Ms Vadra has demonstrated, once again, that the real theatre of politics lies not within plush cities but on the battleground. The fate of Congress’s resurgence is linked to its ability to reach out to voters unhappy with it. Ms Vadra has shown how this can be done. Is that the reason for the nervous chief minister’s fanciful retaliation?

Priyanka to cops: I won’t eat... put me in jail