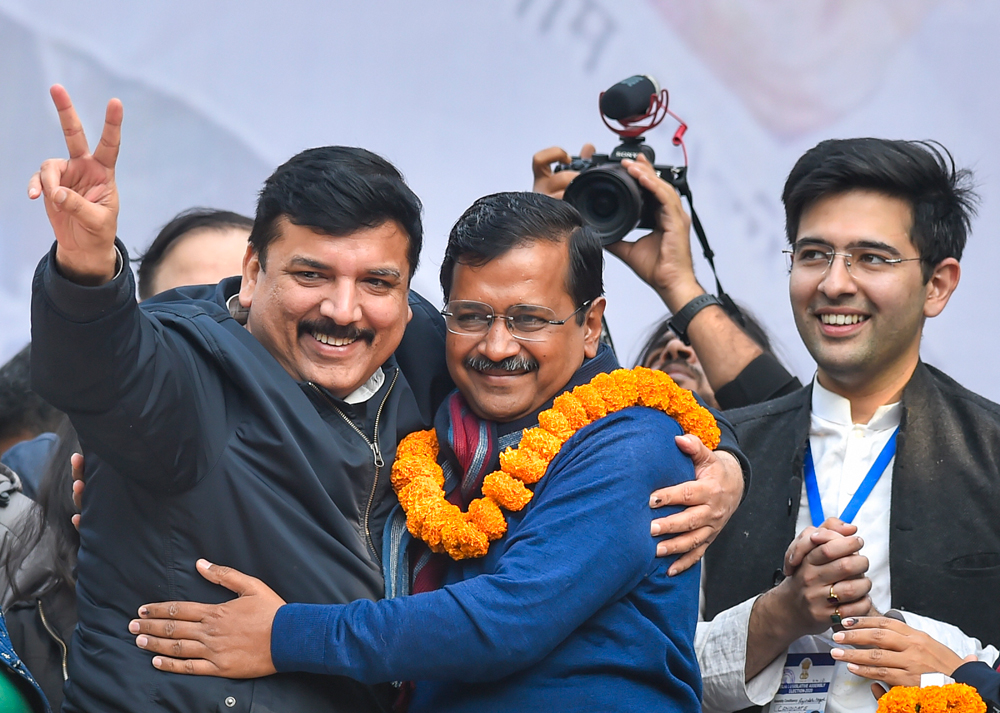 The late Agnes Heller, the well-known philosopher of Hungarian-Jewish origin who had lost her father at Auschwitz but had survived the Holocaust in the Budapest ghetto, had narrated a story about Concentration camp life. Through a combination of torture and blandishments the camp guards used to break solidarity among prisoners and get them to inform on one another. Few could resist the pressure; but in every block within the camp there was always a belief that in some other block some inmate had refused to yield.

The human spirit, in other words, even as it breaks, clings to the belief that there are some spirits that are unbreakable; and this iconic belief provides sustenance even in the worst adversity. This belief is not just for solace; it becomes a means of keeping alive an implicit resistance within oneself even when the scope for explicit resistance has been exhausted.

In a concentration camp, where people are insulated from one another, it is possible to fantasize about the existence of such an unbreakable spirit. But in society there have to be some real iconic figures to sustain this belief. True, in a mature society, where people in general have crossed the threshold of easy breakability, there should be no need for such individual icons; but most societies, including ours, are far from this state.

Twentieth-century India was fortunate in having several such iconic figures, whose social outlook was humane and whose moral integrity was unquestionable. Tagore and Gandhi obviously were such figures, but so were many other stalwarts of the freedom struggle. Indeed, the country continued to have such figures, to whom people could look up, until late into the century. What is striking about contemporary India, however, is the absence of any such notable figures in the political arena, which is what gives the fascist elements an easy run. Anti-fascist civil society movements are powerfully active; but to be decisive they need political support, which is where we find a big lacuna.

One got reminded of this recently when the Aam Aadmi Party, which, despite its handsome electoral victory, had shown surprising pusillanimity during the recent Delhi pogrom (calling it a communal riot is incorrect), spoilt its record further by giving assent to the prosecution of Kanhaiya Kumar, Anirban Bhattacharya and Umar Khalid on charges of sedition. This sanction which is required for launching prosecution had been denied till now, despite the exertion of much BJP pressure before the election; but now that the AAP has won a thumping victory, made possible to a significant extent by the votes of the minorities and others tyrannized by the Bharatiya Janata Party government, it has ironically caved in to this pressure.

Such is the level of general agreement now about the AAP government having feet of clay that at a gathering where I happened to be when the news of this assent to prosecution came in, the immediate question on everyone’s lips was: what would have been the “deal”?

The AAP has reportedly developed national ambitions after its Delhi victory. In case it manages to create a situation where Arvind Kejriwal emerges as the alternative to Narendra Modi, I would certainly vote for him (or anyone else for that matter); but the choice, though clear-cut, will be uninspiring.

Kanhaiya and Umar have reportedly expressed satisfaction that the AAP government has finally taken a decision to let justice run its course, instead of leaving them to be savaged by the media ad infinitum. This stand does them credit: they could hardly have expressed displeasure at being handed over to the justice system, no matter how flawed that system may be, and no matter how expensive in terms of time and money their being dragged through that system may be, even if it were not flawed. But outsiders need not be so circumspect in expressing themselves, especially in view of the defence that the AAP has put up for this decision.

This defence consists in arguing that the judiciary alone must decide in all such cases whether sedition has been committed; it is not the job of a government to do so. This defence, alas, simply would not do. First of all, it begs an obvious question: if this is the view of the AAP government then why did it take so many years to give permission for prosecution?

More importantly, if this view is correct then government permission becomes a mere formality; government role then gets reduced merely to one of rubber-stamping. Since the Delhi police are under the Central home ministry, this in turn implies that whoever the Centre believes has committed sedition should be dragged to the courts for a prolonged and painful trial, with no questions asked. For a government that not so long ago was demanding full statehood for Delhi, and hence greater powers for Delhi’s state government, it is a remarkable volte-face to reduce voluntarily even its existing powers, of scrutiny, to a mere rubber-stamping role.

Quite apart from the question of its powers, the state government must have its views on the entire issue of the law of sedition which is a hangover from the colonial days: it is an abdication of responsibility if it does not express these views when given an opportunity to do so.

This abdication becomes even more serious when we discover that its own fact-finding committee reportedly found little substance in the sedition charge because the videos, which formed the basis of this charge, had been faked in its view. To decide consciously to allow prosecution on the basis of videos that have been found fake by its own committee represents a remarkably high degree of moral irresponsibility.

Civil society protest against fascism has to be backed by resistance at the political level in order to be effective. Many in this context have been putting their faith on the resistance emerging from state governments for providing a counter to the Modi-Shah onslaught; and several state governments have indeed taken on the Centre with single-minded determination. But many others have gone along with the Centre for opportunistic reasons. Whether on the abrogation of Article 370, or on the Citizenship (Amendment) Act, many regional parties have supported the Centre not for any principled reasons but for getting some favours from it. The AAP, alas, has joined the ranks of such parties.

This lack of moral integrity among a whole spectrum of political parties makes it that much more difficult to translate into meaningful political action the resistance being mounted in the streets to the fascist elements; it also has the effect of contributing towards a weakening of this resistance itself. The resistance in the streets, in other words, has to strengthen itself even further in order to influence the political elements and thereby prevail against the onslaught of fascism.

A country like ours can scarcely do without such moral icons. They are as necessary for us today as they were for the concentration camp inmates in Agnes Heller’s time. Indeed the absence of moral icons in political life is an important reason for the ascendancy of fascism: it deprives people of an easily available touchstone for distinguishing right from wrong. This is why the AAP’s fall from moral rectitude is so tragic.