DELHI DIARIES: How Tejashwi surprised one and all with wedding announcement 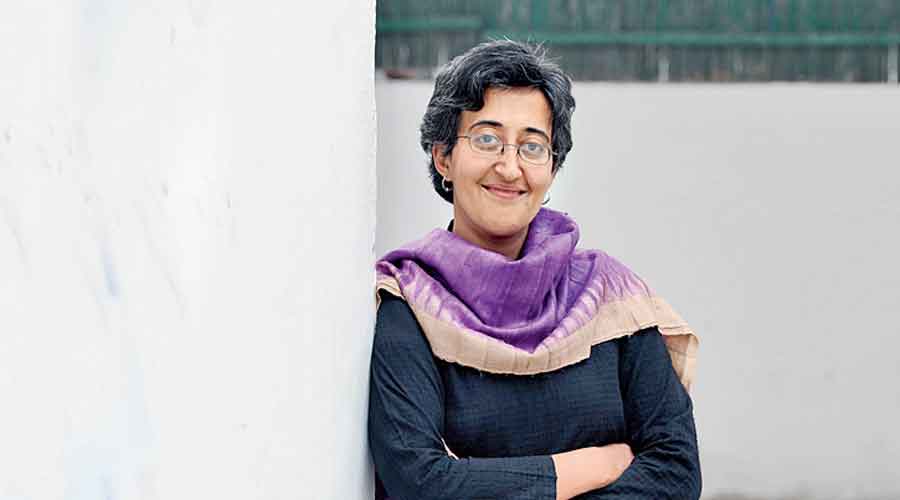 The Aam Aadmi Party member of the legislative assembly, Atishi, who dropped her surname, Marlena, before the previous Lok Sabha polls, has, once again, drawn flak for trying to appeal to Hindutva sentiments. Her parents, Tripta Wahi and Vijay Singh — who reportedly run the Far-Left Hoxhaist group, Communist Ghadar Party of India — gave her a second name after Marx and Lenin, which was subject to a whisper campaign in East Delhi in 2019; rumours flew of her being Christian or Jewish in order to polarize Hindu and Muslim voters. Atishi is credited with turning around Delhi’s government schools. However, she lost the 2019 parliamentary polls in spite of dropping the name and introducing herself as a Kshatriya. This week, she slammed a Bharatiya Janata Party-run local body for erroneously sending property tax notices to temples and gurudwaras, which are exempt from taxation, and likened the party to the Mughal ruler, Aurangzeb, who imposed the jizya tax on non-Muslims in lieu of military conscription in 1679. The cornering of the BJP notwithstanding, Atishi was criticized by many liberals on social media for using the name of Aurangzeb, whose regime is invoked by Hindutva groups to demonize Muslims.

The sudden engagement and marriage of the younger son of the Rashtriya Janata Dal chief, Lalu Prasad, and Bihar’s leader of Opposition, Tejashwi Yadav, took everybody by surprise. The family neither gave out a statement regarding the date, time or venue of the wedding that happened in Delhi nor revealed the identity of the bride. Most senior leaders of the party were not invited. All of them were happy but also astonished at how Tejashwi managed to keep his relationship so secret that nobody got a wind of it.

“Was Rachel [Tejashwi’s bride] the reason he would suddenly vanish from Patna leaving us leaderless during elections and agitations? Had we known this, we would have forced him to get married earlier. His disappearing acts were used to the hilt by the ruling National Democratic Alliance to get an edge over us, and also to ridicule us. We would have been in power had he stayed here more,” a top RJD leader in Patna said. However, a majority of party leaders and workers were relieved that now Tejashwi’s vanishing trick would stop and he would spend more time in Bihar to focus on the problems of the people. They missed the wedding, but were happy that a reception would be hosted in Patna.

The Assam chief minister, Himanta Biswa Sarma, reiterated on a TV channel that he will not seek ‘miyan votes’ but he was sure that Muslim students who become doctors and engineers because of the government’s decision to shut down state-run madrasas will vote for him one day. Last year, Sarma, then state education minister, had pushed for converting madrasas into regular schools. The government allegedly wanted to churn out more doctors and engineers from the minority community for which madrasa education would not suffice. Opinion on the matter is divided. While many feel he is trying to better the lot of the Muslim community, some think he is pursuing a divisive agenda.

Just when farmers in Bihar were about to sound the bugle of revolt against the state government for the lack of required fertilizers at the beginning of the rabi season, the CM, Nitish Kumar, jumped in. He contacted the Centre to seek an adequate supply. The Centre also promptly promised to despatch the products. Kumar followed it up with a high-level meeting that publicized his intervention. This stopped the farmers in their tracks and they decided to hold off their agitation. A member of Kumar’s cabinet pointed out how the CM deftly defused the situation, projected himself as a well-wisher of the people, and made it clear that he would not hesitate to haul up the ally, the BJP. “Never underestimate him. See the fertilizer scarcity and how he killed three birds with one stone,” the minister said.

The Karnataka CM, Basavaraj Bommai, knows fully well that his party’s fortune in the state is directly linked to how the Lingayat vote bank in the northern districts is treated. With the winter session of the state legislature set to begin in Belgaum, Bommai is busy chalking out programmes to help farmers in the area. Besides promises of better irrigation facilities, he would surely highlight how Rs 600 crore was disbursed as compensation for crop loss caused by heavy rains in November. But the farmers are unlikely to sit quiet: they want a law that permits non-agriculturists to buy farmlands withdrawn. Since most of these ‘non-agriculturists’ are said to be close to the BJP, Bommai is left with a tough balancing act in the coming days.

The Congress, which had already lost the tag of the ‘main Opposition party’ in 2019 after being reduced to a single-digit presence in the Odisha assembly, suffered another blow with the former Nabarangpur MP and popular tribal leader, Pradeep Majhi, joining the ruling Biju Janata Dal. The Congress is now worried about its prospects in the upcoming panchayat polls, especially in the tribal-dominated southern belt. The grapevine has it that more Congress leaders may quit in the days to come.

Even after she failed to find a place in the new state cabinet, KK Shailaja is still a topic of discussion in Kerala. Her popularity had often shadowed that of even the CM, Pinarayi Vijayan. The Kannur district CPI(M) secretary and Vijayan’s close ally, MV Jayarajan, recently justified the dropping of the popular woman leader by saying that individuals are not bigger than the party. But the larger question in people’s minds is whether Shailaja could become the first woman to helm the state in the future.