A stretch to imagine Pragya Singh Thakur as part of civilized life, let alone a civilization

Sadhvis and yogis now form a phalanx in a no-holds-barred political battle, defying ethics, decorum, reason, truth and the law 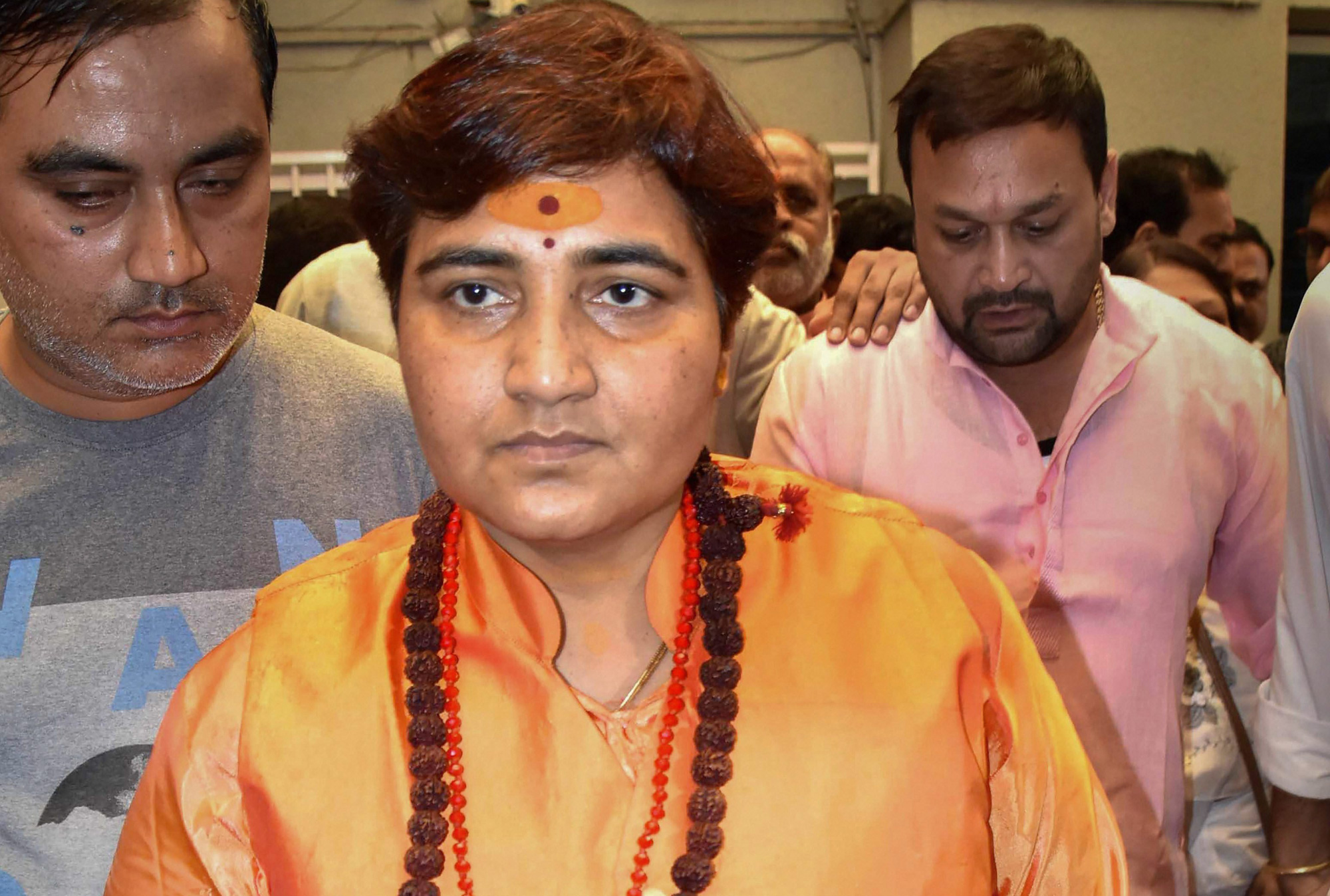 Pragya Singh Thakur arrives at the Madhya Pradesh BJP headquarters in Bhopal on Wednesday, April 17. That the BJP inducted her just before announcing her candidacy indicates its wish to employ a full-on Hindutva strategy with its unmistakable undertone of threat and violence
PTI photo
The Editorial Board   |   Published 22.04.19, 03:36 AM

The concept of holiness has changed somewhat in India. Sadhvis and yogis now form an aggressive phalanx in a no-holds-barred political battle, defying ethics and decorum, reason, truth and the law. From the inspiring call for one more ‘dhakka’ to bring down the Babri Masjid in 1992 through marking out the ‘haramzades’ from the ‘Ramzades’ in a meeting to being nominated as a candidate while facing trial for a terrorist attack, the sadhvis match their saffron-clad male peers in growing earthly power. Pragya Singh Thakur’s candidacy in Bhopal in the Lok Sabha elections suggests that the Bharatiya Janata Party is thumbing its nose at the need to clean politics of criminality. Ms Thakur, out on bail, is expected to face trial under the Unlawful Activities (Prevention) Act for planning and helping to execute the 2008 Malegaon blast. She was acquitted for this charge under the Maharashtra terror law; the National Investigation Agency has been rather sparse with evidence in this and other similar cases, the Samjhauta Express blast case being an example. It seems that Hindu terror is a nasty story told by ‘anti-nationals’, including members of the Opposition. Perhaps Ms Thakur and her vicious remarks — she apologized for the latest one probably because the BJP did not back her — are less important than what she is meant to represent. That the BJP inducted her into the party just before announcing her candidacy indicates its wish to employ a full-on Hindutva strategy with its unmistakable undertone of threat and violence.

Even more telling is the prime minister’s defence of the party’s newest recruit. Narendra Modi has chosen Ms Thakur for, according to him, the Opposition will have to pay dearly for having accused the Hindu civilization of terror. This is a frightening inversion. Accusing an individual is not accusing a civilization; besides, Ms Thakur’s case is being processed under the law. Is the law Opposition? By flaunting her as a Lok Sabha candidate, the prime minister and his party are indirectly proclaiming her innocence — still unproven in court — and suggestively glorifying her for what she allegedly has not done. What else qualifies her as a BJP candidate? But even for the BJP, it is a bit of a stretch to imagine Ms Thakur as part of any civilized life, let alone a whole civilization.