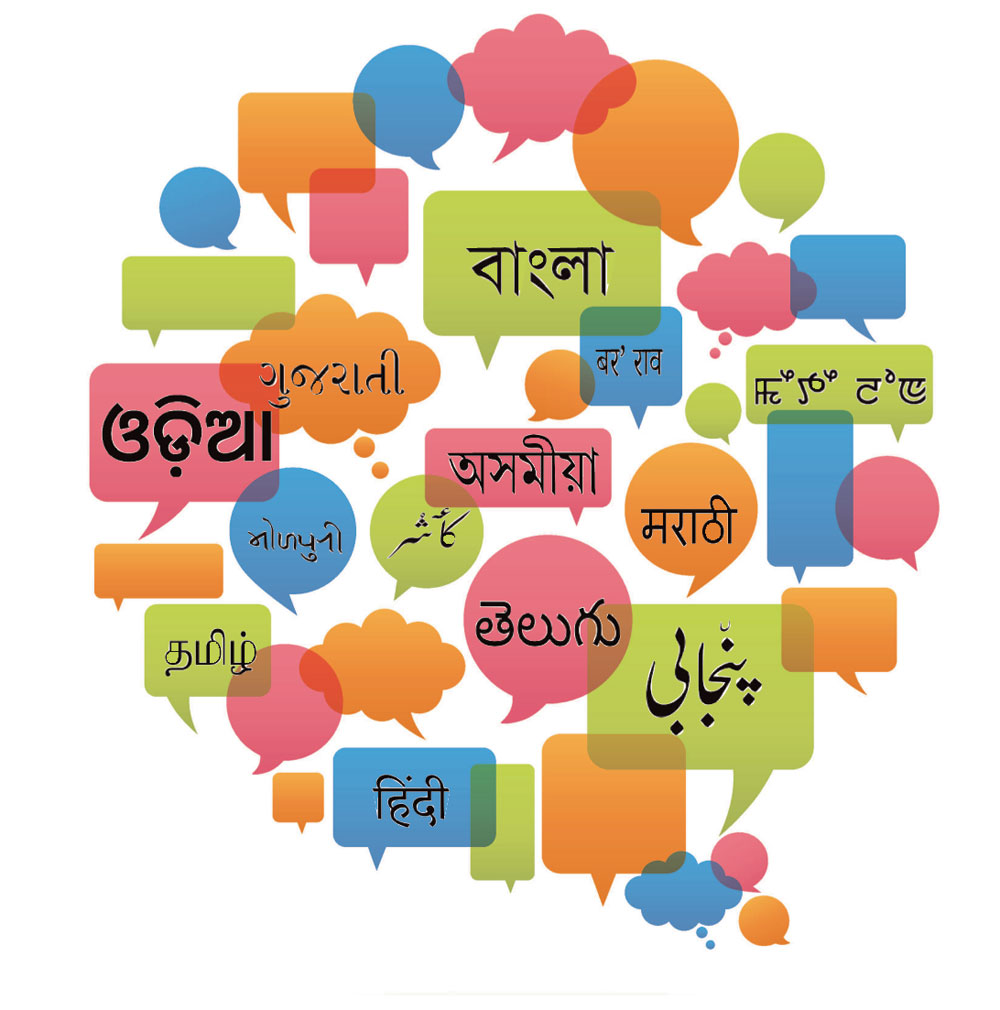 Twenty-two languages spoken in different parts of India are listed in the Eighth Schedule of the Constitution, while more than forty other languages are demanding to be included in it.
The Telegraph
A. Raghuramaraju   |   Published 07.06.20, 08:02 PM

We say that there is pluralism in Indian society. But what does it mean? Let us explore this phenomenon and try to form an accurate picture of pluralism in India. Numbers and differences are the two basic requirements of pluralism. For instance, a society in which diverse cultures coexist side by side is considered to be plural. Different colours in a painting or different musical notes in a raga are examples of one kind of pluralism. Different species of trees in a forest or a collection of assorted, unrelated objects present a different type of pluralism. A common principle unites the first kind while elements in the second kind remain unrelated. Within the first kind, there can be loose and tight relationships. There can also be continuous, frequent or infrequent relationships. With this background, let us now focus on an essential aspect of pluralism in Indian society — language pluralism.

So how do these languages fit into the bigger picture? Are they all separate entities with clear boundaries and no connection to each other? Does language pluralism in India look like a bridge held up by pillars? Or is it like a garland with different flowers strung together, united only by a thread, that is, the official language? None of these images presents an accurate picture of language plurality in India. No language exists next to its neighbour in a completely unrelated manner. On the contrary, each language overlaps closely with the language at the border. We have, however, failed to recognize the relationship and the intermingling at the border between two neighbouring languages. To understand this, let us picture a vertical and a horizontal axis.

The standard language is placed on the vertical axis. It is clear and sophisticated, but its domain is restricted both in terms of several speakers and geographical extent. The language phenomenon at the borders is placed on the horizontal axis. While not standardized, the different forms of languages here encompass a far broader horizon —of extent as well as numbers. People at the border not only speak a mixed language belonging to both the sides, but they also possess the cognitive competence to speak the standardized language across the border. For instance, those on the border of West Bengal and Odisha can even speak standard Odiya spoken at the centre.

One way to capture the language activity at the border is to move our attention away from the centre and recognize the importance of the border. Let me illustrate this with the help of a Polish film directed by Jerzy Kawalerowicz. Mother Joan of the Angels is about a convent where the nuns, including the pious Mother Superior, are possessed by demons. There is only one nun who is not affected by this. She regularly provides a connection between the outside world and the nuns inside. This nun symbolizes the border. I wanted to be like this non-possessed nun, inhabiting the border with the capacity to speak both languages, including the language spoken at the centre.

In the larger picture of language pluralism in India, neighbouring languages are closely imbricated with one another, forming an extended border on the horizontal axis. The border surrounds the language at the centre, providing strength and protection. All these languages are, therefore, not only connected by the official language at the centre through the vertical axis, but they are also closely related to the neighbouring languages. This gives pluralism the image of federalism.

Pluralism can be both hierarchical and non-hierarchical. When on a vertical axis, pluralism has a hierarchy; however, it need not be so for pluralism on the horizontal axis. While there can be a hierarchy between the official language and regional languages on a vertical axis, this may not be the case for languages on the horizontal axis that form the federalism. Each of the languages at the vertical level is surrounded by a mixed language, a combination of the languages at the borders. This is the beauty of this form of federalism. The extended purview of the diverse language at the lower hierarchy protects the language at the centre. This is how I envisage language federalism in India. As long as this language federalism exists, there is no threat to pluralism either from uniformity promoted by modernity or from a State that finds comfort in unity and is hostile to diversity. Instead of treating this language pluralism as a liability and burden, it can be seen as strengthening the multidimensional language federalism. India writes and communicates in English. However, the creative writings and depth of scholarship that are entrenched within this language federalism can bring forth both extent and depth of India’s cultural fabric.

Language pluralism has also given rise to unusual cultural combinations in India. For instance, in Carnatic music, Telugu keertanas composed by Saint Thyagaraja are often sung by prominent musicians from the neighbouring state of Tamil Nadu. Now, many of these Tamil artistes often may not know the meaning of the Telugu lyrics in detail. Yet, they enthral the audience with their singing. This is because the keertana has both meaning and structure. Mastering the structure or grammar of the raga enables the Tamil musicians to sing the keertanas skilfully, even when they do not grasp the meaning of each word. There is another exciting feature. The keertanas are in Telugu and are sung by musicians from Tamil Nadu. Still, the genre is called Carnatic music — which is yet another neighbouring state.

This seamless, easy blending of cultures across borders is a unique aspect of cultural federalism in India. I envisage the picture of pluralities of languages in India as composed of federalism that is framed within the horizontal axis. This form of federalism largely remains non-hierarchical. The geographical boundaries of the modern Indian State provide a sturdy frame. India has inherited inside the frame those cultural spaces from the pre-modern; for instance, language pluralism with extended borders and several layers of overlapping. This is unique to India. Envisaging India, both with the outside frame and inside borders that are organized federally, presents a better picture with enhanced aesthetic beauty. A careful and decentralized nurturing of this cultural phenomenon can increase our socio-political stamina and immunity.

A NECESSARY ALIENATION - How the Congress fudged the language question